PARIS --- After spending billions of dollars, the US Navy has finally abandoned the Littoral Combat Ship concept, saying it will turn the first four LCSs into training ships and that all future vessels will be equipped for a single combat mission.

Although deliberately worded to minimize its import, the US Navy statement below is a clear acknowledgement that the LCS concept has been an abysmal failure.

But, even as it looks to mitigate the disastrous effects of having ordered a dozen LCS at once, before checking whether they performed as claimed (they have not), the Navy makes no mention of having found the technical faults which have struck four LCS ships this year.

In the statement below, the Navy announces it is abandoning the LCS’ most prized objectives (interchangeable mission modules; innovative but complex crewing arrangements) which were supposed to turn inexpensive small ships with small crews into potent combatants in coastal regions.

Ironically, this is an admission that the Government Accountability Office was right in recommending, in its latest report on the LCS program issued in June, that “Congress should consider not funding any requested LCS in fiscal year 2017 and should consider requiring the Navy to revise its acquisition strategy for the frigate.”

In fact, the ships are very expensive ($562.8 million for each ship, according to the Congressional Research Service, or about as much as a DDG 51 destroyer), their small crews are unable to switch mission modules when these are available, and their crewing arrangements have proved inoperative.

By turning the four Littoral Combat Ships it has commissioned to date into training ships, the Navy is also admitting they are operationally worthless.

So the LCS concept is a total failure, and the billions of dollars spent so far have been wasted, despite each one having cost about half a billion dollars.

All of this should be of major concern as the US Navy has ordered 22 ships under two block buy contracts awarded to the two LCS builders in December 2010, and the 8th was delivered in mid-August. These contracts run until FY2022.

This means the Navy is still buying fault-plagued ships designed to a failed operational concept at over a half-billion dollars a pop, which is neither a good idea nor a prudent use of taxpayers’ billions of dollars.

Whether, or how, the US Navy reacts to the LCS ballooning problems in the acquisition field will determine how seriously its military and civilian chiefs take their responsibilities.

The projected 12 Frigates will be the next increment of LCS and will use the same manning, training, maintenance and operating concepts as those that have been approved as part of the LCS review.

The decision to make these changes resulted from a comprehensive review of LCS crewing, training, maintenance, and operations commissioned in March.

While a total of 40 ships have been approved for the program, the Navy Force Structure Assessment still projects the need for 52 small surface combatants that LCS and Frigate address.

Beginning this fall, the Navy will start to phase out the 3:2:1 crewing construct and transition to a Blue/Gold model similar to the one used in crewing Ballistic Missile submarines, patrol craft and minesweepers. The LCS crews will also merge, train, and rotate with mission module detachment crews, organizing as four-ship divisions of a single warfare area - either surface warfare (SUW), mine warfare (MCM), or anti-submarine warfare (ASW).

Though organized this way, the LCS class will retain the technological benefits of modularity and the ability to swap mission packages quickly if needed. Aviation detachments will also deploy with the same LCS crew, but will remain assigned to their respective squadrons when in home port.

To facilitate these changes across the class, the Navy will eventually homeport Independence-variant ships in San Diego and Freedom-variant ships in Mayport, Fla. 24 of the 28 LCS ships will form into six divisions with three divisions on each coast. Each division will have a single warfare focus and the crews and mission module detachments will be fused.

Each division will consist of three Blue/Gold-crewed ships that deploy overseas and one single-crewed training ship. Under this construct, each division's training ship will remain available locally to certify crews preparing to deploy. Few homeport shifts will be needed since only six LCS are currently commissioned while the rest are under contract, in construction, or in a pre-commissioned unit status.

Like the training ships, testing ships will be single-crewed and could be deployed as fleet assets if needed on a limited basis; however, their primary purpose will be to satisfy near and long term testing requirements for the entire LCS class without affecting ongoing deployment rotations. This approach accommodates spiral development and rapid deployment of emerging weapons and delivery systems to the fleet without disrupting operational schedules.

Implementing these changes now and as more LCS ships are commissioned over the coming years will ultimately allow the Navy to deploy more ships, increasing overall forward presence. With the Blue/Gold model in place, three out of four ships will be available for deployment compared with one out of two under 3:2:1. The Blue/Gold model will also simplify ownership of maintenance responsibilities and enhance continuity as the same two crews rotate on a single ship. Single-crewed training ships will complement shore-based training facilities and ensure crews have enough time at sea before deployment. The findings and recommendations of the LCS review will allow the LCS program to become more survivable, lethal, and adaptable as the LCS become regular workhorses in the fleet.

"As we implement these changes, we will continue to make iterative adjustments and improvements based on evolving fleet requirements and technological developments," said Vice Adm. Tom Rowden, commander, Naval Surface Forces. "Implementing the approved recommendations from this review and continuing to examine other areas for improvement will better position the LCS program for success - both now and in the future."

The US Navy has finally decided to abandon the unworkable Littoral Combat Ship modular concept, and to turn the ships it has on order into dedicated, single-mission vessels. Both LCS variants are shown here. (USN photo)

How much money spent? How much time wasted? To discover a small, fast ship made of aluminum was bad idea for a surface combat vessel.

Actually, the LCS series was a complete success, transferring taxpayer funds to the districts of favored politices and businesses of their contributors, and thence back into the coffers of the politicians.

What? You didn’t think the bastards actually cared about creating an effective warship did you?

The important thing is that the right people made fortunes from another ill conceived boondoggle.

It failed because it dounds too much like a female body part. What’s next a Enis?

I worked on the program for 10 years. I’m not surprised it failed. It was incredibly complex due to the constantly changing requirements and long development time. It used modular payloads for each mission and they had to talk to the ship’s computers. Every time one of the systems was upgraded it required retesting.

The ship was designed to run very fast in shallow water, so every ounce of weight was critical. One of our engineers was responsible for paring down the tools that were kept on board. She concluded that they could use an adjustable wrench instead of a whole set of metric and standard wrenches. It was a concept the looked good to the bean counters on paper.

They kept very few spares on board and even fluids like oil and solvents were measured down to the number of ounces required for a mission.

The modular concept required dozens of different contractors and commanders coordinate specification changes to keep all the other contractors in the loop for software changes. I remember one change that moved a bulkhead hatch that wasn’t coordinated. They ended up putting the door where our payload was supposed to go. The door became unusable when the LCS was configured for our payload.

Whenever they proposed cutting some of the funding or needed more money, someone would come up with a new mission so they could get funding from another source.

The whole thing was a swiss army knife. A jack of all trades but not good at any one mission.

forgive me while I laugh.

Lockheed-Martin hosed up again and the Defense Dept. gets it in the #6.

So turn them over to the USCG.

Pretty expensive training ships. We used to use PCER’s on the Great Lakes.

Uh oh! Bad news for Austal Shipbuilding in Mobile, AL; one of the largest employers in an area that doesn’t have very many large employers!

12 posted on 09/09/2016 6:04:20 AM PDT by DoodleDawg
[ Post Reply | Private Reply | To 1 | View Replies]
To: sukhoi-30mki
We've been talking this over this morning in the office. Our consensus is: What? Wait... I had a ship, called a Frigate, that did anti-air, anti-surface and anti-subsurface, now I need three ships that are understaffed to do the same job? That's progress how?
13 posted on 09/09/2016 6:08:42 AM PDT by Freeport (The proper application of high explosives will remove all obstacles.)
[ Post Reply | Private Reply | To 1 | View Replies]
To: wastoute
How much money spent? How much time wasted? To discover a small, fast ship made of aluminum was bad idea for a surface combat vessel.

To assess this properly, one would need to sit down with the people who assess the various regions of the world, project likely threats, and profile future missions. I've not done that. With that caveat, however, the LCS always struck me as (perhaps) a good idea. The burden of this story is that the Navy erred in asking the type to do too much. Mission creep spoiling the platform is an old story.

I've always thought of the LCS, correctly designed and configured, as probably a good platform in the Persian Gulf and pirate infested waters off Africa and in S.E. Asia. We're clearly concerned about the vulnerability of major blue water fleet assets to missile and swarm attacks in constricted waters. Something like the LCS -- much smaller, faster, maneuverable, much cheaper, and capable of outrunning and outgunning any other small craft in these areas -- would be a good thing to have. Adding too many missions is a fatal error.

Buy a flotilla equipped as fast patrol boats and exterminate the pirates off Somalia. I'd call that a successful test. Then move them to the Straits of Malacca.

Frigates have become good examples of mission creep. They were originally supposed to be fast, light, cheap, and expendable. They have been steadily evolving towards bigger, multi-purpose platforms, and getting much more expensive in the process. The LCS as originally conceived was essentially backfilling that mission. But in the case of the LCS, the Navy started growing the mission even before the first one was launched. A little procurement discipline is badly needed. 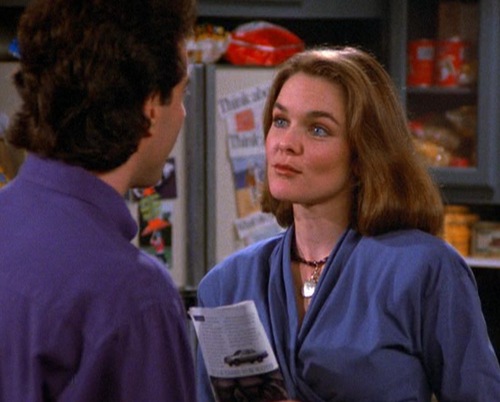 That, Sir, is an excellent idea!

Both were doomed to failure from inception.

“She concluded that they could use an adjustable wrench instead of a whole set of metric and standard wrenches.”

I’m speechless. This thing has to weigh hundreds of tons...and it comes down to this...wow.