NBC News is facing harsh criticism from Hillary Clinton's campaign and her supporters for publishing an article on a coughing fit the Democratic presidential nominee experienced on Monday in Cleveland.    The five-paragraph story, "Hillary Clinton Fights Back Coughing Attack," noted that Clinton quickly turned the coughing issue into a dig at her GOP rival, Donald Trump.

NBC to issue a full-length apology and reporter will end up like one of Kim Jong-Il’s generals 3...2...1...

Some green phlegm blobs are more equal than others.

NBC explained: A cough in time saves nine, and we didn’t want to have nine whole minutes of coughing.

Yep. Or they will be getting frequent visits from the IRS. Lots of questions and scrutiny. That’s what those nasty libs get from committing “news”.

NBC reporter requested to be tied to the front of an anti aircraft gun as in North Korea but the request was denied. There would be no mercy they would have to attend Hillary’s next campaign speech instead.

Will Hillary HACK them?
This is no choke.

Hillary is a more famous HACKER than Guccifer...

Has Andrew Rafferty been fired yet? I expect that to happen very soon. 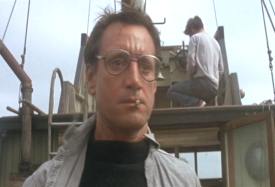 “... Clinton quickly turned the coughing issue into a dig at her GOP rival,...”

A pretty pathetic “dig” but the MSM pimps and pimpettes choked and coughed up a few giggles!

STOP LOOKING AT ME UNLESS I SAY TO LOOK AT ME!!!!

Chastised for the truth? These people are freaking nuts, just plain damn nuts.