The AP review of Clinton's calendar — her after-the-fact, official chronology of the events of her four-year term — identified at least 75 meetings with longtime political donors and loyalists, Clinton Foundation contributors and corporate and other outside interests that were either not recorded or listed with identifying details scrubbed. The AP found the omissions by comparing the 1,500-page document with separate planning schedules supplied to Clinton by aides in advance of each day's events. The names of at least 114 outsiders who met with Clinton were missing from her calendar, the records show.

Nixoon was impeached (resigned due to the threat) for the “crime” of somebody erasing 18 minutes of tape ... Never forget that Hitlery’s main job at the Rose law firm was finding and destroying paper trails for their clients. She worked directly under (look at Chelsea) Web Hubble who went to jail for fraud and other things. The old Tammany tiger doesn’t change it’s stripes.

Wow. The AP actually did a bit of investigative journalism there.

All this time and they’re still slow walking the release...she’s going to prison before it is all over or she’s going to have to assassinate, one of the two.

Right? That fact alone should elevate this to breaking news lol

AP is off the reservation

9 posted on 06/24/2016 2:24:54 AM PDT by tjd1454
[ Post Reply | Private Reply | To 2 | View Replies]
To: John Robinson
Clinton's calendar listed meetings with 124 business leaders and political donors and loyalists, but not with 114 others who were identified by the AP's review. In some cases, repeat Clinton visitors were listed for some meetings, but not for others. 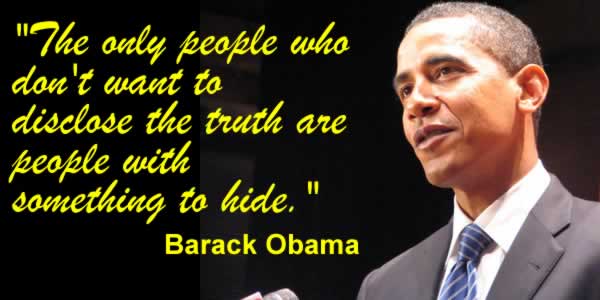 Oh, my. I hope Trump and his staff are examining this quite closely.

The fact that details of so many meetings were “omitted”, and that all of those big business CEOs that she met with were heavily lobbying the State Department during her tenure just reeks of crony capitalist corruption.

While a case can be made for the agency in charge of diplomatic relations to meet with representatives of US companies to get their perspective on international matters—it looks a lot like Hillary was meeting in order to peddle influence.

Under US law, corporations are legally US persons. As such, no corporation should have any more or less voice than any ordinary citizen.

Let’s also note that according to State Dept protocol, the Secretary of State’s calendar is considered classified information (for the Secy’s personal protection).

So by Hillary deleting her calendar, she deleted classified information.

You are correct, but two things. 1) Nixon had to resign because honest elected officials in his own party went to him and said they would no longer support him and 2) None of what Hillary did matters if the mainstream press doesn’t tell the majority of Americans that it happened (which won’t happen).

Richard’s ghost did it!

>>Oh, my. I hope Trump and his staff are examining this quite closely.

Alongside donations to the Clinton Foundation.

emails probably have all this info. So much too hide. So little time left.

Web Hubble’s fraud was in large part based on a patent lawsuit - and the only partner at the time in the Rose Law Firm that asserted intellectual property law as a practice area was Hillary. (See the Martindale-Hubbell law directory from 1992). There is no way she wasn’t at least knowledgeable about Webb’s fraudulent billing - she should have been very involved in that particular litigation.

“Much of the dispute stems from Hubbell’s representation of P.O.M. Inc., a parking meter company owned by his brother-in-law, Seth “Skeeter” Ward, in an unsuccessful antitrust and patent infringement suit against a rival firm.” See http://articles.philly.com/1994-03-15/news/25851275_1_rose-law-firm-webster-l-hubbell-whitewater-special-counsel