The April 5, 2016 issue of The Gleaner, the student paper of Rutgers University–Camden, published a cartoon of Muhammad, Buddha and Jesus in a bar. Its content, however, cannot be known at this point, because at the behest of Muslims on campus, and in a case fraught with implications for the health of the freedom of speech today, the entire issue has been deep-sixed.

Two weeks after the cartoon was published, the April 19 issue of The Gleaner contained a letter from the Muslim Brotherhood campus group, the Muslim Students Association, saying that it found the image offensive and asking The Gleaner to remove the image from the April 5 issue and circulate a new edition of that issue without it. The MSA letter claims that Christians and Jews on campus told MSA members that they, too, found the image offensive.

The MSA letter states: “Even though freedom of speech and press is emphasized and is something all of us value as proud Americans, the University prides itself on diversity of people of different faith and backgrounds so we feel that it is necessary to respect those faiths and backgrounds by honoring their beliefs.”

The April 19 Gleaner also contains a response to the MSA letter, written by Christopher Church, the Editor-in-Chief of The Gleaner. Church apologizes to the MSA and agrees to meet with it “so that we can rectify this issue and ensure that it doesn’t happen again.” He also agrees to remove any copies of the offending April 5 issue from the Gleaner boxes around campus and destroy them.

The Jihad Watch reader who alerted me to this sums up what is wrong here:

1. Freedom of speech is a Constitutional right. It is not negated by someone’s taking offense. This could have been and should have been a chance for Rutgers and The Gleaner to explain why the freedom of speech must be protected as our fundamental bulwark against tyranny, and why that means that we must all learn to put up with material that offends us.

2. Once a group’s feeling offended is taken as decisive, it may begin to take offense at other aspects of campus life it finds offensive. In the MSA’s case, it may begin getting offended at men and women sharing classrooms or coeds wearing tight jeans on campus.

3. In light of the violent attacks on those who have depicted Muhammad, The Gleaner by removing the image is bowing to the implicit threat of violence — which only in the long run encourages more violence. Rutgers’ Art Library recently featured an “artwork” depicting Jesus on a dartboard. It was ultimately removed, but not because it offended Christians. No one cares if Christians are offended: Rutgers officials know that offended Christians won’t murder them. Their solicitousness toward the MSA, by contrast, reveals that they know offended Muslims might very well kill them, and rather than stand up for the freedom of speech and against this kind of bullying, they signal their willingness to surrender and fall into line, accepting Sharia restrictions on speech.

Imagine how Rutgers would react if its Art Library had displayed, instead of this Jesus-on-a-dartboard “artwork,” a cartoon of Muhammad. The air would have been thick with cries of “Islamophobia.” Fragile Leftist students would be running for their safe spaces. The university would be instituting mandatory seminars designed to inculcate the proper “respect” that one must show for “The Other” so as to avoid charges of “racism” and “bigotry.”

The double standard is stark: Jesus crucified on a dartboard is art – and what’s more, it’s courageous. One Rutgers student chortled on Facebook that the dartboard “art” was “hilarious,” and crowed that “we don’t have to cater to the wills of the Church or any denomination of Christianity or religion.” Those who complained would be admonished: Don’t you respect the freedom of expression, you right-wing bigot?

A cartoon of Muhammad, on the other hand, even one as innocuous as the one in The Gleaner appears to have been -- that’s an outrage. No one was crowing in that instance about not having to cater to the wills of the mosque. On the contrary, the message was clear: Don’t you respect Muslims as human beings, you right-wing bigot?

This is the kind of “respect” being irrationally violent will win you. Rutgers officials knew that Christians weren’t going to kill them, and that they could mock Christianity with impunity. They would only start blathering about “respect” when it comes to Islam. This respect won at the point of a sword does not bode well for the future of free expression in the West.

Anyone who though “Pi$$ Chr!st” was ART needs to accept any depiction of any religious art, offensive or not.

All this crap is nothing more than Americans willingly bowing down, kissing the feet of the bearded ones with the machetes. sharia-compliant banking was one of the first steps toward submission. (Oh, you didn’t know that many banks offer sharia-compliant banking? a well-kept secret.)
Other things the beard and burka crowd will be demanding. 4-wife marriage. Marriage of men to 9-year old girls. Freedom to blast their calls to prayer throughout the neighborhood. Freedom from prosecution for rape.
Just steps on the way to complete dhimmitude.

How serious are they about prostrating themselves before Allah?

Will they schedule a real stoning or beheading at the next Homecoming?

Will the next Homecoming Queen be a muslinm homosexual or tranny in a burka?

Will they allow the muslims to take over their Safe Rooms for exclusive use as a mosque?

Will they invite muslims to use the University dining hall food prep sinks as foot baths?

We urgently need President Trump to take office and put the brakes on this national insanity we have having about Muslims in our beloved country.

The alumni should raise a stink.

We should flood the world — internet and concrete — with images of Moe Hammerhead. To hell with muslime sensibilities.

They’re not just afraid of the subhuman savages cutting their heads off. They main reason they do this is because the beard and burka crowd is the latest solid voting and contributing block for the democrat party. That makes the reptilian-brain bunch immune from criticism or prosecution.

Please see tagline. Love, hate, or indifferent to Glenn Beck, the book is VERY well researched,sourced, and is a sobering look at what is really going on. Wouldn’t trust public media as far as it could be thrown. 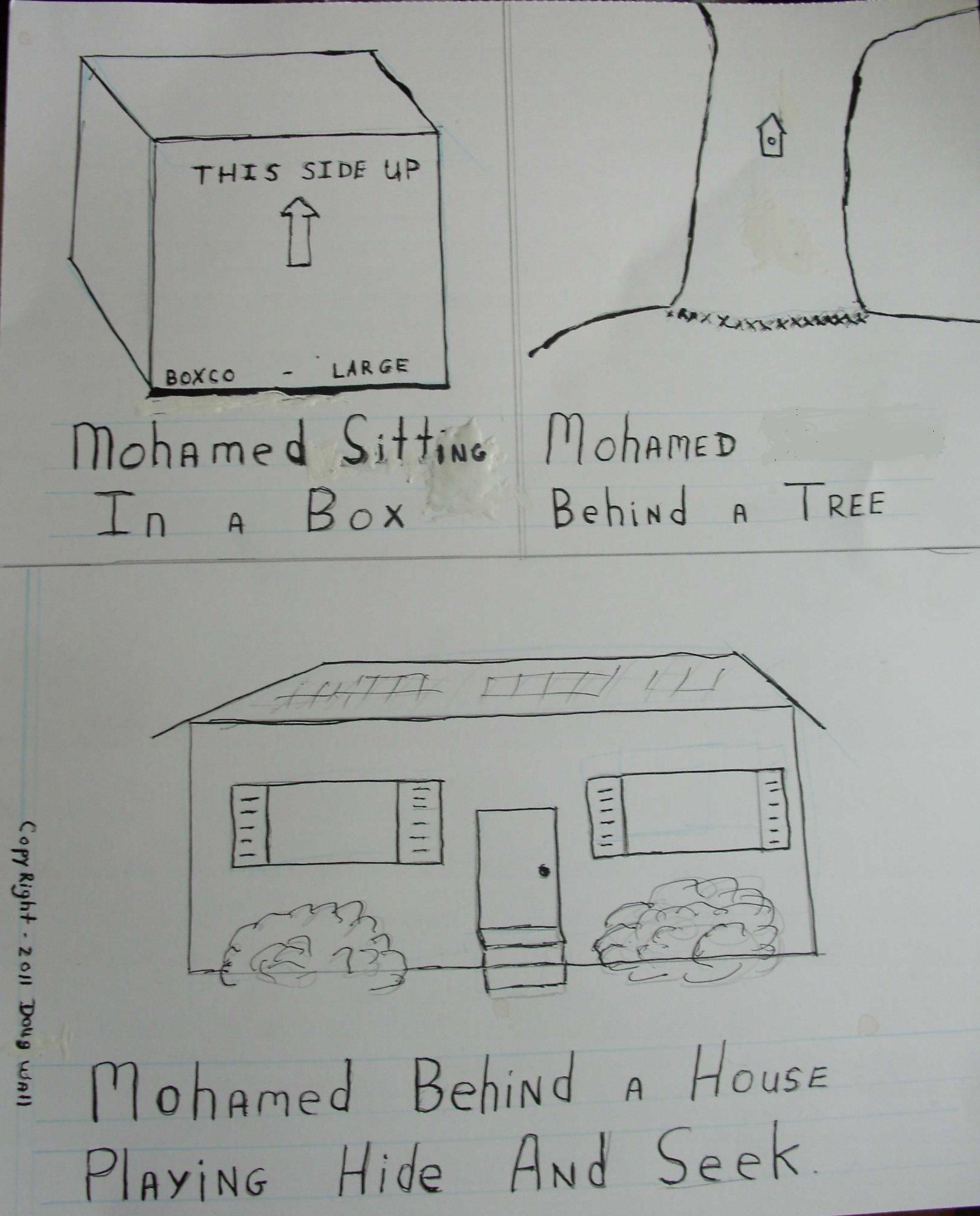 Lol.....the toon needs a pic of Mohamed in a pig suit.

17 posted on 04/28/2016 1:38:49 PM PDT by Albion Wilde (In a time of universal deceit, telling the truth is a revolutionary act. --George Orwell)
[ Post Reply | Private Reply | To 1 | View Replies]
To: Mr. Mojo
...Rutgers University–Camden...close in so many ways to what happened at the University of Pennsylvania across the river in Philly years ago when some blacks didn't like what had been written by a columnist in the school paper, The Daily Pennsylvanian, and stole - excuse me - collected and destroyed every copy they could find around campus.....
18 posted on 04/28/2016 8:55:35 PM PDT by Intolerant in NJ
[ Post Reply | Private Reply | To 1 | View Replies]