to German Chancellor Angela Merkel's "loose border" policy, Germany has admitted more than one million illegal alien Muslim invaders. What has been the outcome? Germany has seen increases in crimes of sexual assault, women have been harassed on the streets, citizens travel in groups, and other crimes are on the rise. In fact, Germany has admitted so many Muslims that "Berlin's criminal underworld has been 'lost to Arab clans'," per German newspaper Die Welt as reported by Breitbart London.

The report speaks of the 'amazing' sight of luxury sedans cruising up to refugee, asylum centre, and migrant lodgings filled with "people who have lost everything."

Investigators reported that the criminal gangs have "exploited the situation" of the migrant crisis, in which German Chancellor Angela Merkel's policies saw well over a million migrants from the third world settle in Europe last year.

The source explained that "young and physically strong men" are targeted by the gangs and then used for "dirty work" like burglaries, drug trafficking, and fights with criminal competitors. Child refugees are also welcomed as their faces are unknown to the police.

Despite the prospect of arrest, or even going to prison, many of the new arrivals are willing to take the risk as it is unlikely they will be deported.

Germany's problems with its immigrant population are nothing new. According to authorities in Berlin the majority of the city's organised crime is controlled by seven to nine extended families who came in the late 1970s from Lebanon.

Let that sink in for a moment. The authorities in Berlin acknowledge the bulk of the city's crimes are controlled by seven to nine extended families that entered Germany in the late '70s from Lebanon. The '70s! Merkel handed these criminal gangs more members with her insane policy to admit unvetted Muslims into Germany under the ruse of being refugees. Now, the Arab clans run the criminal underground. How is that working out?

Dirk Jacob, director of the State Criminal Police Office (KLA), states these Arab clans specialize in "property crime and drug trafficking." Their power in the city is on display through "highly visible stunts." In one instance, a "daring daytime heist" occurred in which masked gang members "armed with assault rifles [semi-automatic rifles], machetes and hand grenades" stole the poker tournament jackpot from a tournament being held at the Hyatt Hotel. These individuals also engaged in "spectacular heists at Berlin's iconic Kraufhaus de Westens luxury department store."

These "great families of the city" control the majority of the prostitution occurring in Berlin. "Prostitutes must pay the Arab clans a demurrage 'otherwise there are beatings,' pimps must pay protection money, and pressure has recently been growing too on the small apartment brothels dotted over the German capital." Very few businesses in Berlin are spared from the "shake-down" by these Arab clan family crime units. There's "hardly a hookah bar operator spared from extortion."

Jacob claims that despite their best efforts, it has been difficult to infiltrate these extended family crime gangs because "they are 'solid structures' that can be cracked 'only through lengthy and costly investigations'."

Describing problems policemen run into when faced with the clans' criminal machinations he says if for example, a family member of a competitor is knocked down or seriously injured with a knife, officials have little time to secure the testimony of witnesses.

"Because," Jacob explains, "very quickly the family turn and manipulate the witness, they are either bought or threatened. After, we learn nothing more."

Yet, Angela Merkel keeps bringing them in just like Hussein Soetoro.

Celebrities and well-known individuals are not immune from encountering these crime families. Germany's most famous celebrity bodyguard, Michael Kuhr, happened to be at the Hyatt Hotel during the poker tournament heist. Kuhr, who always cooperates with police, testified against the perpetrators, which helped to jail them, "members of the notorious Arab clans." The notorious Arab clans responded to Kuhr's participation by engaging a contract killer to take out Kuhr. Now, the professional bodyguard and former world champion kick boxer needs a bodyguard himself.

Mr. Kuhr possesses detailed knowledge of the "organized crime underground" in Berlin. In his opinion, Berlin is lost as "[the clan structures] are manifested in all areas of organized crime." He described these people as "extremely dangerous" with a lack of respect for the state.

Many would have to agree with Mr. Kuhr – Berlin, as well as Germany, is lost. It's gone. Thanks to Angela Merkel, Germany and the German people were shoved into slavery to Islam. Like Berlin, Stockholm, Sweden is gone as well. Following close in Berlin's footsteps, Paris and Brussels are set to succumb next.

Merkel's attitude toward the German people regarding this Arab clan criminal enterprise amounts to "suck it up, buttercup – that's the way it is." She can be regarded in history as the Evil Europe-destroying female Hitler. She is aligning herself with the Muslims just as Hitler did during World War II.

The truth about Muslims is hard for some to comprehend, wrap their head around, and understand. Muslims do not assimilate. They change the culture of the nation they invade or enter legally. Radical Muslims are those who adopt part of Western values; whereas, true Muslims are those who embrace fully the verses of the Qu'ran and the teachings of Mohammed – child marriage, pedophilia, misogyny, slavery, murder, theft, warmongering, inequality, oppression and taqiyya. Many Muslims residing in Western nations, including the united States, support the implementation of Sharia law in place of the laws the nations currently have. Among Muslims in Western nations hides "sleeper cells" ready to engage in jihad against the nations that have hosted them. Islam and Muslims are the most intolerant individuals regardless of what some indicate. Islam contains nothing that suggests individuals have rights inherently given by the Creator. Allah is not God, but Satan. Practitioners of Islam understand nothing but brute force. In Islam, there is only allegiance to Allah. One cannot be loyal and aligned with Allah and possess any type of patriotism or nationalism – it's one or the other.

Europe is lost, or at least the Europe many of us once knew. While Muslims are afforded immunity for crimes and allowed to run amok in the streets, citizens of Europe are faced with harassment, jail and/or fines for exercising basic rights, especially freedom of speech and criticism of their government and Muslims. They are oppressed, discriminated against, and stripped of rights in favor of their government's preference to Islam. Until the majority of people realize the truth about Islam and Muslims, this disease of Islam will only spread. Unfortunately, too many of the masses have been brainwashed by government and the lamestream enemedia to do anything else but parrot their tripe while assisting in the take down of nations.

TOPICS: Crime/Corruption; Culture/Society; Foreign Affairs; News/Current Events
KEYWORDS: gerabia; germany; hijrah; kickthewitchout; stasimerkel; traitorousmerkel
It's hard to believe that these freedom loving 'migrants' would be involved in any nefarious schemes. I thought they would just be content to rape young girls and defecate and urinate on German streets.

Wait until we get our Muslim contingency.

Cue the “Godfather” quotes. I bet one of them will “carry politicians and judges in his pockets like so many nickels and dimes”.

There us no evil below which a Muslim (or a liberal) will not descend,

Deport to Afghanistan, let them set up their clans there. See how the native Afghanis like them.

The current influx may cause a violent reaction. The results will not be pretty. We tend to think that parliamentary systems will not morph into totalitarian systems but they occasionally do. When the German leadership insists on pursuing this course in the face of obvious damage to their society, they are setting the stage for such a transformation.

For what, 10 percent of the population? With 3 year sentences or less?

Not the answer at all.

Expulsion. But that wont happen.

Germany is lost, I fear.

We can still fight to stop this immigration insanity and send them straight back to the hell they came from.

A “Night of the Long Knives” could End the “Muzzlim/Arab Klans.”

The first charismatic German politician who promises to solve “The Muslim Question” could easily become Fuhrer of the Fourth Reich.

You didn’t see that coming, you dummkopfs! Bring in a million savages and you expect them to be good, law-abiding citizens?

Angela Merkel gets the Maxim Headinbutt award for 2015/2016. Meanwhile, German citizens sit back and watch their nation trashed - those who aren’t being beaten, raped, robbed, and/or murdered. 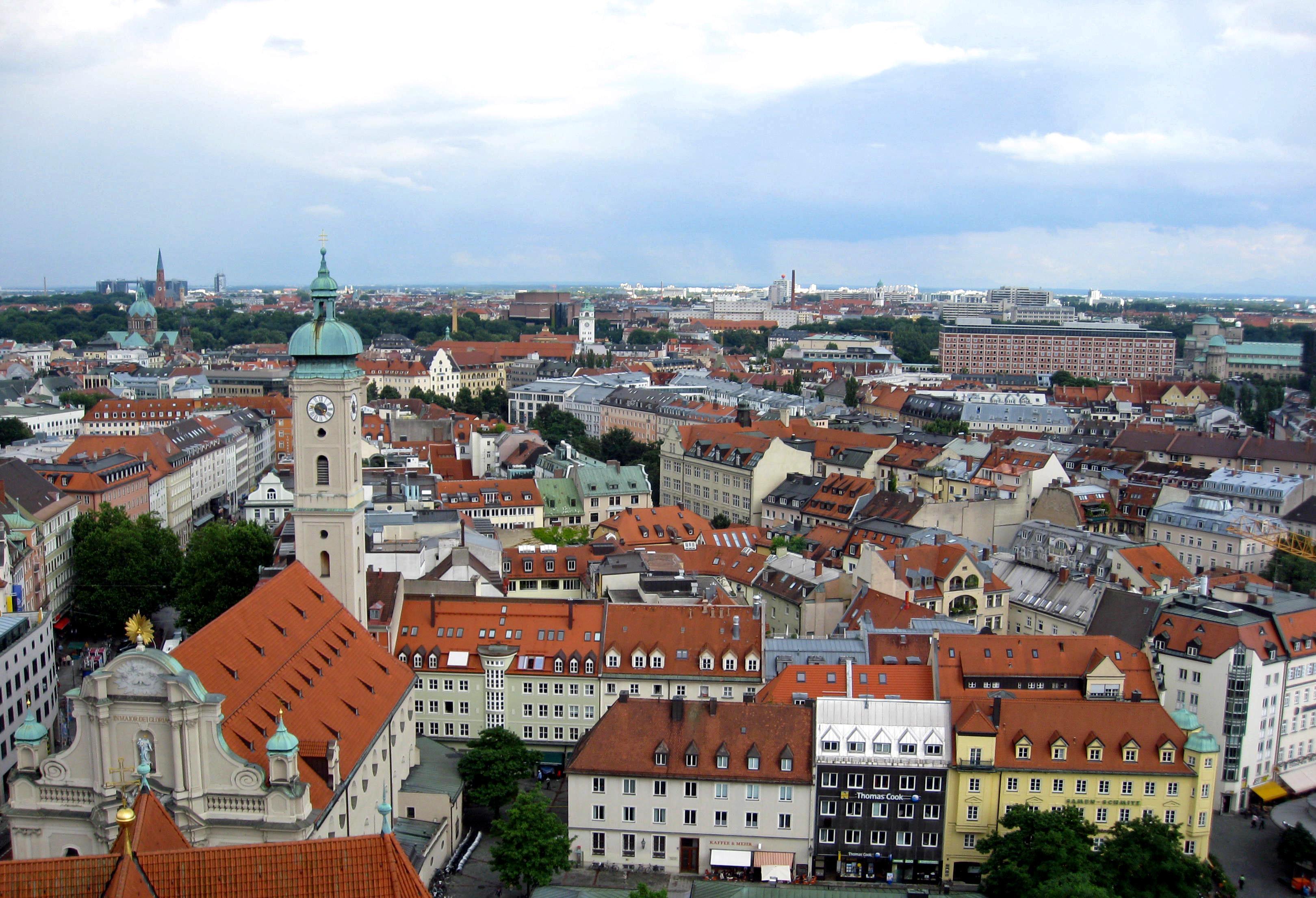 Use idle and old cargo ships to float them off and dump them on the coast somewhere in muzzie land at gunpoint.