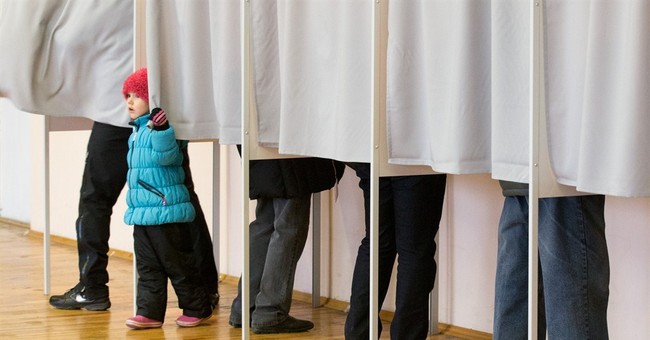 he longer Barack Obama serves in office, the more difficult it becomes to really consider him as “President of the United States.” The man’s respect for, and his understanding of, our form of government appears to diminish with each speech he gives, and with each action he takes as President. Still, he is if nothing else, consistent.

Barack Obama has been consistently truthful with the American people in telegraphing his desire of “fundamentally transforming” the United States of America. He exhorted citizens to do precisely that by voting for him in 2008. His signature legislative victory – Obamacare – delivered in 2010, is in the final stages of transforming health care in America from a system driven by the doctor-patient relationship, to one controlled from start to finish, and directly or indirectly, by government.

Obama’s drive to “transform” has not stopped at the ocean’s edge. Through a continuing series of inept moves in the Middle East, Russia, and elsewhere, he has succeeded in transforming America from an influential world superpower, to a nation as much mistrusted as respected on vital security matters.

As disturbing as are these realities, even more frightening is the extent to which Obama yearns still to dislodge America from its foundation as a nation unique in placing individual liberty at the pinnacle of political power. His clear objective is to transform us into a society in which government mandates control virtually every aspect of citizens’ lives.

Obama’s latest plan is to transform the “right” to vote into the “requirement” to vote.

During a speech last week to the City Club of Cleveland, Obama declared himself a fan of mandatory voting. The President deflated America to other countries that are practitioners of forced voting. He opined, for example, that in Australia (a country that remains part of the British Commonwealth), citizens are required to vote; and concluded that instituting a similar mandate here would be “transformative.” He is right. Taking away peoples’ right to decide whether to vote in a particular election, and forcing them under penalty of law to vote, would be “transformative”; but certainly not in a good sense.

The world thus envisioned by Barack Obama would be a country in which everyone has a right to health care, to a college education, to a job, and to everything else the benevolent government decides the people should have; everything, that is, except the right to decide whether to vote. Obama noted favorably that the result of mandated voting would be to increase voting by the core constituencies of the Democratic Party; though the Voter-in-Chief paid lip service to the broader goal of increasing the overall percentage of voters who actually vote (which is low).

Voting in this Bizarro World would become simply another burden of being a citizen; right up there with paying taxes or carrying government-defined health insurance.

Some observers – many, perhaps -- might be inclined to shrug off these latest musings of Barack Obama as simply “food for thought” offered by a president in the last two years of a second term. What gives them real currency, and why we ought to be extremely concerned about them, is the propensity already demonstrated by this President for doing what he wants via executive orders, whenever the Congress or the American people fail to give him what he wants through lawful and constitutional process. In this same mold, Attorney General Eric Holder misses no opportunity to attack efforts by state legislatures to protect their voting procedures against fraud by ensuring that only lawful citizens vote.

At the end of the day, there are innumerable ways this Administration could try to link federal benefits to voting, either directly or indirectly.

As a child, I lived in many other cultures and countries, including some in which voting was a requirement enforced by military force. This had the effect of driving up the percentage of people “voting” to laudable heights – but at the same time, driving down individual freedom to depressing depths. However, so long as those advocating for such forced measure can remain in charge – and they usually can in such a system – for them, it is a desirable arrangement. For the rest of us, not so much.

mandatory voting would require mandatory ID in order to enforce, which obama has already told us is racist. so, there you go.

Sure. Ted could use all those extra votes.

I’m a little surprised he just has not simply come out yet and cancelled next year’s elections.

That is because we have gotten so far from the Founder’s vision of a republic. We essentially have a popular vote. The republican vote envisioned by our Founders would have been in small areas electing electors who would represent us in selecting a president. The party system killed that. Popular vote killed it even more. And now it is almost totally forgotten. It was how George Washington was selected as the “best person to be president” by the electors who had met for that purpose.
In that system, being a politician wasn’t a necessity. The best qualified was the issue.

6 posted on 03/25/2015 6:30:40 AM PDT by xzins (Retired Army Chaplain and Proud of It -- Those Who Truly Support Our Troops Pray for Their Victory!)
[ Post Reply | Private Reply | To 3 | View Replies]
To: Kaslin; stephenjohnbanker; Gilbo_3; Impy; NFHale; GOPsterinMA; BillyBoy; fieldmarshaldj
RE:”Obama’s latest plan is to transform the “right” to vote into the “requirement” to vote.
During a speech last week to the City Club of Cleveland, Obama declared himself a fan of mandatory voting. “

This was just an extension of his complaining that the GOP won last year (and 2010) because voter turnout was much lower than the POTUS race years 2008 and 2012 where he won, so he is saying that US citizens who would *never* vote for GOP candidate should be forced to vote.

It makes little sense except that he wants the uninformed to vote more, so Dems win more, because we all agree that is *best* for America...DADADa.

Having more Federal power over us is part of the story, but I really think there’s a simpler explanation for this. The real agenda behind mandatory voting is low voter turnout by minorities and by the indigent. The only reason Republicans get elected at all is that most of the 47% don’t vote. If they did vote, almost all of them would vote for liberal candidates. No need for “get out the vote” Democratic operatives going door to door when voting is mandatory.

I think we should let the entire world vote in our elections and make it mandatory. Wouldn’t that be the only fair thing to do? As an added bonus, it wouldn’t require any of those racciss I.D. requirements.

“As an added bonus, it wouldn’t require any of those racciss I.D. requirements.”

Without ID how would everyone in the world prove that they had complied with the mandatory requirement to vote in our elections? Anyway I think he logistics are insurmountable, someone would have to track down every aborigine in the outback and every “Bruce Dodge” type character and record their vote, it would be easier to just mandate that the rat party wins every election automatically, that is the goal anyway.

10 posted on 03/25/2015 8:34:11 AM PDT by RipSawyer (Racism is racism, regardless of the race of the racist.)
[ Post Reply | Private Reply | To 9 | View Replies]
To: RipSawyer
...it would be easier to just mandate that the rat party wins every election automatically, that is the goal anyway.

Though this is more obvious that most, the majority of their actions are designed with the grand goal of getting more votes in mind.

Can you imagine how effing fast they’d call for the border to be closed if those Mexicans were voting Republican?

“Can you imagine how effing fast they’d call for the border to be closed if those Mexicans were voting Republican?”

There’s a larger point that must be made.

How will it be enforced? Most likely by withholding federal largesse for missing a mandated threshold of voters for each state.

That then allows the next step, which is mandating how and for whom the “voters” vote. This will be determined by census data every ten years (or sooner if necessary to achieve the desired result).

Remember: no Socialist act is a final act. At least not until it all comes tumbling down. And We the People have taken Humpty Dumpty’s place on the wall.

I agree with you. There will be mail in or internet required voting, and those who don’t send theirs on time will have it done for them by a pre-selected choice of a proxy or a party.