The new rules passed by the Federal Communications Commission are a win for smaller Internet-based companies.

Internet service providers like Comcast, Verizon, AT&T, Sprint and T-Mobile now must act in the "public interest" when providing a mobile connection to your home or phone, under rules approved Thursday by a divided Federal Communications Commission.

The plan, which puts the Internet in the same regulatory camp as the telephone and bans business practices that are "unjust or unreasonable," represents the biggest regulatory shakeup to the industry in almost two decades. The goal is to prevent providers from slowing or blocking web traffic, or creating paid fast lanes on the Internet, said FCC Chairman Tom Wheeler.

The 3-2 vote was expected to trigger industry lawsuits that could take several years to resolve. Still, consumer advocates cheered the regulations as a victory for smaller Internet-based companies which feared they would have to pay "tolls" to move their content.

TOPICS: Business/Economy; Extended News; Government; News/Current Events
KEYWORDS: cronyfascism; fcc; google; internet; obamalied; transparency
It seems like a victory for the little guy, especially if the reaction is one in which the internet companies are expected to pursue lawsuits against the decision.

But like everything else,even if we;'d be getting free unlimited internet, we're screwed either way. I don't think ISIS approves of the internet, unless it has programming that is in line with their agenda. because eventually they will be taken over 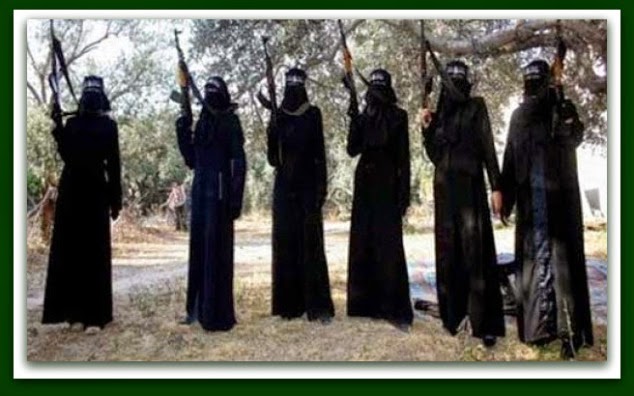 Women caught without their niqbah, face covering, by the Hisbah get their facesmeelted by acid being trown in their face.

They will use threats and intimidation to force these companies to kneel, once inside they can work thier magic and thier ultimate goal, kill free speech and tax revenues

‘The new rules passed by the Federal Communications Commission are a win for smaller Internet-based companies.’

The new rules are a win for Big Government.

The WashPoo has decried conspiracy theorists who ask why have the rules been kept from the public?

“We have to pass the bill/rules to find out what’s in them?”

So much for TRANSPARENCY.

So, if I am to understand the new situation, my ISP is being prohibited from continuing it’s new Spectrum roll out.

As I understand it the new Spectrum is for business use at higher speeds than are available for nonbusiness users.
charter is today in violation of the regulation by having two tier service. Whereas yesterday it was not. Also if you are a business, to get the faster speed, you must subscribe to the phone service.

I don’t think I really understand what is happening. I don’t know if the Comcast’s and Charter’s large ISPs, were handed a boon or were penalized.

I suspect that Comcast, the propaganda propagation arm of the DNC will be the primary beneficiary.

8 posted on 02/28/2015 5:26:19 AM PST by Blennos
[ Post Reply | Private Reply | To 6 | View Replies]
To: lbryce
Internet service providers like Comcast, Verizon, AT&T, Sprint and T-Mobile now must act in the "public interest" when providing a mobile connection to your home or phone

I believe that this brings the Fairness Doctrine to the internet and will result in government requlation of internet content, registration and licensing of owners of web sites, and imposition of "rules" designed to silence Democrat political enemies.

Has anyone even seen the new rules?

How can anyone report on what has not yet been released?

They are reporting what has been fed to them by the Democrats, but even their propaganda provides insights on their intent.

One of the Republican members of the Commission has apparently seen at least a part of it. He says it’s worse that we can imagine. Sort of reminds you of the Nazi leadership gathering to decide the fate of the Jews.

That appears to be the case.

I don’t know if the Comcast’s and Charter’s large ISPs, were handed a boon or were penalized. I suspect that Comcast, the propaganda propagation arm of the DNC will be the primary beneficiary.

Comcast doesn't seem to agree with you. They're suing to block the net neutrality rules: http://money.cnn.com/2015/02/26/technology/comcast-net-neutrality/. As for your ISP's ability to charge consumers more for higher bandwidth, I'm not sure why you think that's being regulated - it isn't. The argument against is that they won't chose to invest in faster internet with the rules in place or that government regulation will stifle innovation - I don't know if that's true or not, and I guess we'll find out.

Just because they are sueing does not mean that they are not in bed with the administration.

I have seen a number of cases where the government is sued so that a settlement can be reached without any legislative intervention.

A party sues, and demands action. The sued party, the government wants to do the action. They settle, and a judge approves the settlement which reduces everybody else’s freedom and grants largess to the plaintiff from the public. The settlement never had any legislative oversight, and now becomes settled law.

It is a particularly nasty tactic.

The Constitution means as much to Congress as to the administration. Might as well disband and close it down.