Reuters reports that the Islamic State has taken over most of the Western Iraqi town of al-Baghdadi, putting them dangerously close to the Ain al-Asad air base, where 320 U.S. Marines are engaged in training soldiers from the Iraqi 7th Division.

Al-Baghdadi, about 85 km (50 miles) northwest of Ramadi in Anbar province, had been besieged for months by the radical Sunni Islamist militants who captured vast swathes of northern and western Iraq last year.

I hope our people are safe but they should not be there!
We are training future ISIS members!

Someone needds to tell these IS fighters that they are on the run, and about to be defeated. I don’t think they will be able to take the marines—but it might become an Alamo senario. If they must go—best to go out in a blaze of glory taking as many IS warrior-Dogs with them—better to fall in combat than burn in a cage.

I bet the Marines would like a coupl of A-10’s at the base right now, then the could make some ISIS creamed.

5 posted on 02/12/2015 7:13:22 PM PST by Mastador1 (I'll take a bad dog over a good politician any day!)
[ Post Reply | Private Reply | To 1 | View Replies]
To: Forward the Light Brigade
Considering the bizarre circumstances surrounding the exit from Yemen of the Marine Security Unit described below the problem may be that the POTUS and DOS work out a brilliant plan to avoid ‘unnecessary loss of life’ and order the Marine contingent to turn their weapons over to Isis after rendering them inoperable and based on assurances from ‘reliable Iraqi intermediaries’ the Marines will be allowed to board US transport planes and depart. We know how this would end but I think BHO and Kerry would be overwhelmed by their brilliance and easily push some scheme such as this on to DOD and FMF Lant.:

UPDATE, 9:57p ET: The Marine Corps has clarified what Marines did under State Department orders in Yemen following the evacuation of the U.S. embassy.

Crew served weapons were destroyed at the embassy, while Marines’ personal weapons were “rendered inoperable” at the airport, and their destroyed components were left behind.

The Marine Corps does not dispute the reporting that CENTCOM is outraged over weapons being rendered inoperable.

Read the full statement below:

The Marine Security Force left the American embassy in Yemen for the movement to the airfield as part of the “ordered departure” with only personal weapons. All crew served weapons were destroyed at the embassy prior to movement. None of them were ‘handed over’ in any way to anyone. The destruction of weapons at the embassy and the airport was carried out in accordance with an approved destruction plan.

Upon arrival at the airfield, all personal weapons were rendered inoperable in accordance with advance planning. Specifically, each bolt was removed from its weapons body and rendered inoperable by smashing with sledgehammers. The weapons bodies, minus the bolts, were then separately smashed with sledgehammers. All of these destroyed components were left at the airport — and components were scattered; no usable weapon was taken from any Marine at Sana’a airport.

To be clear: No Marine handed a weapon to a Houthi, or had one taken from him. 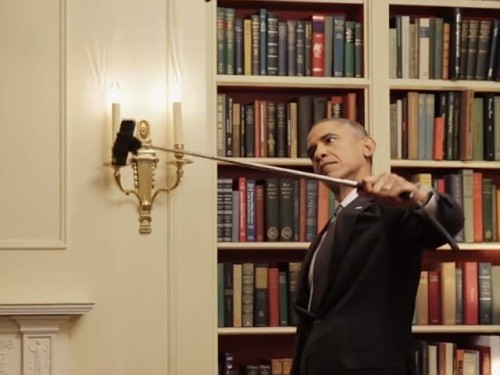 No, we are only accepting to train real peaceful muzzies. There’s a law somewhere - W abided by it - that says POTUS must notify personally two chairmen of the House Armed Services if an emergency war act must be undertaken. On Sept 6, 2007, when Israel took out the Syrian nuke facility under construction, W called Pete Hoekstra and the rat member of the committee.

We didn’t hear about that Syrian plant being vaporized until three days after it happened.