Hey Barack: It was you who (proved you are a muslim)
barenakedislam.com ^ | Greg Neubeck

It was you who told an Islamic dinner – “I am one of you.”

It was you who on ABC News referenced – “My Muslim faith.”

It was you who gave $100 million in U.S. taxpayer funds to re-build foreign mosques.

It was you who wrote that in the event of a conflict -“I will stand with the Muslims.”

It was you who assured the Egyptian Foreign Minister that – “I am a Muslim.”

It was you who bowed in submission before the Saudi king.

It was you who sat for 20yrs in a Liberation Theology Church condemning Christianity and professing Marxism.

It was you who exempted Muslims from penalties under Obamacare that the rest of us have to pay.

It was you who purposefully omitted – “endowed by our Creator” – from your recitation of The Declaration Of Independence.

It was you who mocked the Bible and Jesus Christ’s Sermon On The Mount while repeatedly referring to the HOLY Quran.

It was you who traveled the Islamic world denigrating the United States Of America.

It was you who instantly threw the support of your administration behind the building of the Ground Zero Victory mosque overlooking the hallowed crater of the World Trade Center.

It was you who refused to attend the National Prayer Breakfast, but hastened to host an Islamic prayer breakfast at the WH.

It was you who ordered both Georgetown Univ. and Notre Dame to shroud all vestiges of Jesus Christ BEFORE you would agree to go there to speak, but in contrast, you have NEVER requested that the mosques you have visited adjust their decor.

It was you who appointed anti-Christian fanatics to your Czar Corps.

It was you who appointed rabid Islamists to Homeland Security.

It was you who said that NASA’s “foremost mission” was an outreach to Muslim communities.

It was you who as an Illinois Senator were the ONLY individual who would speak in favor of infanticide.

It was you who were the first President not to give a Christmas Greeting from the WH, and went so far as to hang photos of Chairman Mao on the WH tree.

It was you who curtailed the military tribunals of all Islamic terrorists.

It was you who refused to condemn the Ft. Hood killer as an Islamic terrorist.

It is you who has refused to speak-out concerning the horrific executions of women throughout the Muslim culture, but yet, have submitted Arizona to the UN for investigation of hypothetical human-rights abuses.

It was you who when queried in India refused to acknowledge the true extent of radical global Jihadists, and instead profusely praised Islam in a country that is 82% Hindu and the victim of numerous Islamic terrorists assaults.

It was you who funneled $900 Million in U.S. taxpayer dollars to Hamas.

It was you who ordered the USPS to honor the MUSLIM holiday with a new commemorative stamp.

It was you who directed our UK Embassy to conduct outreach to help “empower” the British Muslim community.

It was you who embraced the fanatical Muslim Brotherhood in your quest to overthrow the Egyptian President, Hosni Mubarak.

It was you who funded mandatory Arabic language and culture studies in Grammar schools across our country. It is you who follows the Muslim custom of not wearing any form of jewelry during Ramadam.

It is you who NOW departs for Hawaii over the Christmas season so as to avoid past criticism for NOT participating in seasonal WH religious events.

It was you who was un-characteristically quick to join the chorus of the Muslim Brotherhood to depose Egypt’s Hosni Mubarak, formerly America’s strongest ally in North Africa; but, remain muted in your non-response to the Brotherhood led slaughter of Egyptian Christians.

Do we really need to go on?

Barack, you may be a lot of things; but, for certainty, you are no Christian. Obama, who refers to himself as: “A man of Africa”, is precisely the type of ‘divided loyalties” individual that our Founders attempted to prohibit from ascendancy to the presidency when they constructed our Constitution.

How many more transgressions are required for the “Internet society” to wake the Hell up and do something about this imposter? Oh wait, nothing will happen, that’s right, because our “representatives” only care about their own interests and don’t want to actually do their Constitutionally-appointed jobs.

At this point, our only hope is for a military coup, and I’m nearly 100% certain that won’t happen.

Barack Hussein Obama is a Muslim and has been since childhood.

20 Quotes By Barack Obama About Islam and Mohammed

#3 “We will convey our deep appreciation for the Islamic faith, which has done so much over the centuries to shape the world — including in my own country.”

#4 “As a student of history, I also know civilization’s debt to Islam.”

#5 “Islam has a proud tradition of tolerance.”

#6 “Islam has always been part of America”

#7 “we will encourage more Americans to study in Muslim communities”

#8 “These rituals remind us of the principles that we hold in common, and Islam’s role in advancing justice, progress, tolerance, and the dignity of all human beings.”

#9 “America and Islam are not exclusive and need not be in competition. Instead, they overlap, and share common principles of justice and progress, tolerance and the dignity of all human beings.”

#11 “Islam is not part of the problem in combating violent extremism – it is an important part of promoting peace.”

#13 “In ancient times and in our times, Muslim communities have been at the forefront of innovation and education.”

#14 “Throughout history, Islam has demonstrated through words and deeds the possibilities of religious tolerance and racial equality.”

#16 “The Holy Koran tells us, ‘O mankind! We have created you male and a female; and we have made you into nations and tribes so that you may know one another.’”

#17 “I look forward to hosting an Iftar dinner celebrating Ramadan here at the White House later this week, and wish you a blessed month.”

#18 “We’ve seen those results in generations of Muslim immigrants – farmers and factory workers, helping to lay the railroads and build our cities, the Muslim innovators who helped build some of our highest skyscrapers and who helped unlock the secrets of our universe.”

#19 “That experience guides my conviction that partnership between America and Islam must be based on what Islam is, not what it isn’t. And I consider it part of my responsibility as president of the United States to fight against negative stereotypes of Islam wherever they appear.”

#20 “I also know that Islam has always been a part of America’s story.”

He’s a radical Muslim no different from any other the only difference being he is working in stealth which really isn’t stealth anymore as his cover has been blown. The bottom line is Democraps in all their brilliance put the freakin’ enemy into the nations highest office.

Because he is like no Christian I have ever met.

Muslims exempted from Obamacare penalties? Did that actually come to pass—or did I just forget about it?

I too wasn’t familiar with that one.

Is Barack Obama a Muslim Wolf in Christian Wool ?

This is a great compendium. I would love to see it footnoted to definitive source material, especially the one with audio/video of the actual utterances from Jugear’s own mouth.

Unfortunately, too many are quick to dismiss printed quotes — maybe rightly so, as there’s a lot of ‘made-up’ misinformation on the internet, falsely accusing Limbaugh, Palin, et al of saying things they never uttered.

13 posted on 01/14/2015 5:32:53 AM PST by DJ Frisat (Proudly providing the NSA with provocative textual content since 1995!)
[ Post Reply | Private Reply | To 1 | View Replies]
To: 9YearLurker; All
ObamaCare allows the establishment of Dhimmitude and Sharia Muslim diktat in the United States. Muslims are specifically exempted from the government mandate to purchase insurance, and also from the penalty tax for being uninsured. Islam considers insurance to be ‘gambling,’ ‘risk-taking,’ and ‘usury’ and is thus banned. Muslims are specifically granted exemption based on this.

If Obama were accused of being a Christian, would there be any evidence against him?

THIS is FABULOUS!!! I heard Mike Gallagher read this yesterday!!! VERY POWERFUL and needs to be on EVERY THREAD and sent to EVERY DEMOCRAT we know!!

You forgot his name.

Jim, can you make these two posts a SIDEBAR titled “It Was You, Barack”?? PLEASE.....everyone needs to read these facts.

18 posted on 01/14/2015 5:36:44 AM PST by Ann Archy (ABORTION....... The HUMAN Sacrifice to the god of Convenience.)
[ Post Reply | Private Reply | To 5 | View Replies]
To: HotHunt
I disagree, he isn't Muslim...he isn't anything that might be seen as religious (other than a sense of central-government-is-uberalles). He stands for nothing and falls for everything.

All-in-all, he is working from his position of POTUS as a "community organizer for the world", trying to be all things to all mankind and failing miserably at it. (Let's watch Team America again, please!) 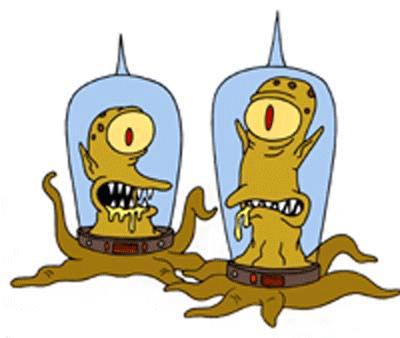 like we are all equal in eyes of some worldwide "government". Yet, there are those who are "more equal" than the rest of us.

I wonder, what is Obama's understanding of Aldous Huxley's greatest work? I suppose to ask him that specific question would be "rayciss".