The organizers of Wednesday's statewide TV debate between Gov. Rick Scott and Charlie Crist released a statement Thursday saying that Crist's insistence on having a portable electric fan was a violation of debate rules. Crist adviser Dan Gelber hotly disputes the organizers' accounts and said FPA president Dean Ridings accepted a document with a handwritten notation that included the words "with understanding that debate hosts will address any temperature issues with a fan if necessary."

The statement from Leadership Florida reads in part:

"Both campaigns received a letter in advance from the debate organizers (FPA and LF) stating the format, logistics and other detailed information relating to the debate. The letter also specified that 'candidates may not bring electronic devices (including fans), visual aids or notes to the debate, but will be provided with a pad and pen.'

"The Scott campaign signed and returned the letter on Thursday, October 9. The Crist campaign signed and returned the letter on Monday, October 13, but with the added hand-written note '*with understanding that the debate hosts will address any temperature issues with a fan if necessary.' Dean Ridings, FPA President, received and reviewed the note and told the Crist campaign that the partners want all candidates to be comfortable, but that he expected that Bailey Hall, the newly renovated-facility at Broward College where the debate was to be held, would be maintained at a comfortable temperature, and if there was a temperature problem, the partners would deal with it appropriately."

The statement said the temperature at Bailey Hall at Broward College was 67 degrees at the time of the debate.

"Between 6 and 6:20 p.m., someone from the Crist campaign placed a fan under Charlie Crist’s podium, and they were again told that no fans would be permitted," the statement said.

We all thought maybe the guy was homosexual. Turns out, he just has a fetish for electric fans. Probably vacuum cleaners, too.

3 posted on 10/16/2014 11:26:10 AM PDT by sitetest (If Roe is not overturned, no unborn child will ever be protected in law.)
[ Post Reply | Private Reply | To 1 | View Replies]
To: sitetest
We all thought maybe the guy was homosexual. Turns out, he just has a fetish for electric fans. Probably vacuum cleaners, too.

Wonder if there's a jet engine on his bucket list.

“Between 6 and 6:20 p.m., someone from the Crist campaign placed a fan under Charlie Crist’s podium”

I was going to post a picture but it is rather crude. Let's just that pervs can hook their sex toy up to their electric fan.

Reminds me of a Frank Zappa song: 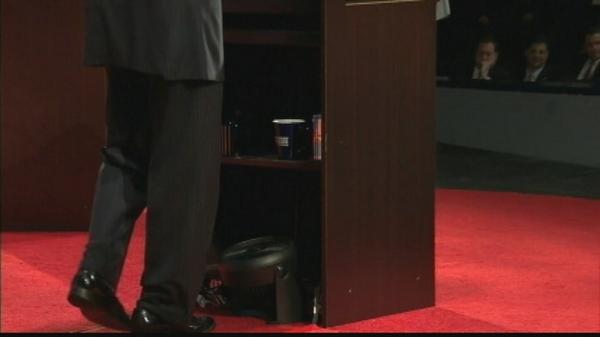 9 posted on 10/16/2014 11:40:24 AM PDT by smoothsailing
[ Post Reply | Private Reply | To 3 | View Replies]
To: GIdget2004
Dean Ridings accepted a document with a handwritten notation that included the words "with understanding that debate hosts will address any temperature issues with a fan if necessary."

Note even the hand written addendum by the Crist campaign (of dubious standing) doesn't give Crist the right to bring his own fan, it say that the DEBATE HOSTS will address any temperature issues with a fan in necessary." Still it was probably dumb for Scott to make a major deal over it and refuse to start the debate until it was resolved (his side disputes that by they way, they claim they thought Crist was refusing to start the debate).

Charlie IS light in the loafers! 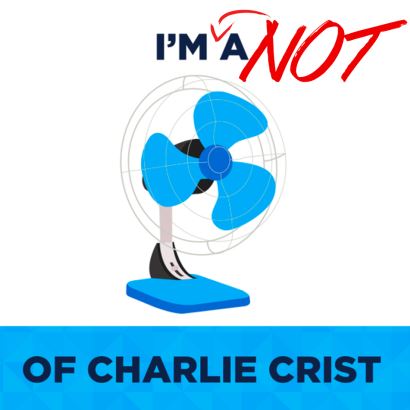 ->>The statement said the temperature at Bailey Hall at Broward College was 67 degrees at the time of the debate.

And, he needs a fan. Is the fan a bug or something. I saw him back when he pretended to be in support of traditional conservative thinking; different venues, a number of times. He seem like his appearance was always on his mind though, nowadays, he seems to be even worse. Didn’t someone in the press joke once about his tan spray running...He has really made a legacy for himself from flip flopping to one party to another party.

Who cares? The problem was Scott looked, and sounded, like an idiot.

ALL the public cares about is “it was just a friggin fan”. So Scott’s team is gonna argue a technicality? After 25 years of prosecuting let me tell you how much juries LOVE that.

I’ve aid it before and I’ll say it again. We need SMART conservatives. I beat Ronnie would have had another wonderful “I’m paying for this microphone ...” moment and not the sniveling response we got with Scott.

14 posted on 10/16/2014 12:28:49 PM PDT by RIghtwardHo
[ Post Reply | Private Reply | To 1 | View Replies]
To: apillar
Scott didn't even know orange Charlie was on stage. They were told that Crist was busy fighting with organizers about his fan. It wouldn't surprise me in the least if Crist went on stage before anyone notified the Scott campaign that the debate was moving forward. We know Charlie was fighting with the debate organizers and was also late to the stage.

Scott is a victim of Democrat underhandedness. Crist is scum, and he proved it again last night. Scott must be shaking his head in amazement at how low some people will go. This kind of crap wouldn't be tolerated for long in the private sector. Charlie is a creature of the public sector.

You really are a Ho.

In debates, when the lights are on you and you are being put on the hot seat, you do not want to appear to sweat.

Remember the commercial “Never let them see you sweat”?

This is very real.

I know that it sounds and looks petty, but a fan should have been put on each side just to keep it even.

He didn’t want anybody to see him sweat.

18 posted on 10/16/2014 12:38:22 PM PDT by Timber Rattler (Just say NO! to RINOS and the GOP-E)
[ Post Reply | Private Reply | To 11 | View Replies]
To: GIdget2004; All
Too little too late. The Debate is over and Scott really screwed the pooch. He acted like a 6th Grader. He should have gotten his a** out on the stage and found a way to make points off of the incident. "I gave in to Gov. Crist's demand for a fan, even though it breaks the Rules of the Debate. It's not worth Floridians not getting to know where we both stand on the issues. And, it's not worth Gov. Crist's tan melting right here in front of you." But, no, he blew it instead. Hey.............that's it........
The Scott campaign can start the "rumor" that Crist carries a fan with him everywhere he goes (which is true) because "sweating" makes his tan "splotchy". Hell go for it! That will turn-off a lot of good, ol', boys who work construction and manual labor, who might be thinking of voting for Crist.
19 posted on 10/16/2014 12:40:20 PM PDT by Din Maker (I've always been crazy, but, that's the only thing that's kept me from going insane.)
[ Post Reply | Private Reply | To 1 | View Replies]
To: dforest

That’s why they say that if you listened to the Nixon-Kennedy debate on the radio, Nixon clearly won. But if you watched it on TV, Kennedy clearly won, because of Nixon’s flop sweat.