Hamas militants are attempting to negotiate a new arms deal with North Korea for missiles and communications equipment that will allow them to maintain their offensive against Israel, according to Western security sources.

Security officials say the deal between Hamas and North Korea is worth hundreds of thousands of dollars and is being handled by a Lebanese-based trading company with close ties to the militant Palestinian organisation based in east Beirut.

Hamas officials are believed to have already made an initial cash down payment to secure the deal, and are now hoping that North Korea will soon begin shipping extra supplies of weapons to Gaza.

“Hamas is looking for ways to replenish its stocks of missiles because of the large numbers it has fired at Israel in recent weeks,” explained a security official. “North Korea is an obvious place to seek supplies because Pyongyang already has close ties with a number of militant Islamist groups in the Middle East.”

Imagine, when the ‘lights come on’ on one side is
the US, UN, Qatar, Turkey and N.Korea side with Hamas
against Israel, Egypt, S.Arabia and some of the EU.

Cash that's been freshly delivered compliments of the US of A.....

Where did Hamas get money for something like this?

Surely not from all the millions in “humanitarian aid” from the US.

6 posted on 07/26/2014 1:52:46 PM PDT by GeronL (Vote for Conservatives not for Republicans)
[ Post Reply | Private Reply | To 4 | View Replies]
To: ErnBatavia
Apparently, delivered by the Obama family through Lois Lerner:

Kerry, Obama, and the WEF’s $4 Billion Bailout Plan for PLO/Hamas

U.S. Selling $11B in Weaponry to Gulf State That Supports Hamas, Syrian Jihadists

Why would Hamas negotiate with John Kerry after getting $47 million from him?

New Inconsistencies with Malik Obama’s IRS Paperwork Revealed on Eve of Hearing
the date stamped at the top of the Barack H. Obama Foundation’s 501(c)(3) approval letter
which bears Lerner’s signature, is dated June 26, 2011. That day was on a Sunday.

Deleted IRS Emails may be about Obama’s Brother
There is sufficient cause to believe that one of the reasons for
this digital document shredding may have something to do with
President Barack Obama’s brother, Malik Obama,
founder of the Barack H. Obama Foundation (BHOF).

Obama’s Brother Joins Hamas, Wears Scarf Saying ‘Jerusalem Is Ours; We Are Coming’

> Security officials say the deal between Hamas and North Korea is worth hundreds of thousands of dollars and is being handled by a Lebanese-based trading company with close ties to the militant Palestinian organisation based in east Beirut.

Hamas is Muslim and North Korea is Communist.

Which Country will Muslim Communist B. Hussein Obama side with?

US humanitarian aid dollars at work.

Israel and US openly at odds over Gaza ceasefire terms

The Army Radio report highlighted that the US on Monday signed an $11 billion arms deal with Qatar, and noted that Qatar is championing Hamas’s demands in the ceasefire negotiations, and is also alleged by Israel to be financing Hamas’s rocket production, tunnel digging infrastructure, and other elements of its military infrastructure. The radio report also claimed that Ban Ki-moon “is flying around the region on a Qatari plane.”

Indications from the lengthy Israeli cabinet meeting that rejected Kerry’s offer Friday are that the ministers were incensed that the terms of the deal would not have enabled Israel to continue to locate and demolish a network of dozens of tunnels that Hamas has dug, up to a mile or more long, from under Gaza residential areas all the way beneath the Israeli border

So, essentially, Kerry is an agent for Hamas.

Maybe Israel can rid the world of Hamas AND North Korea. 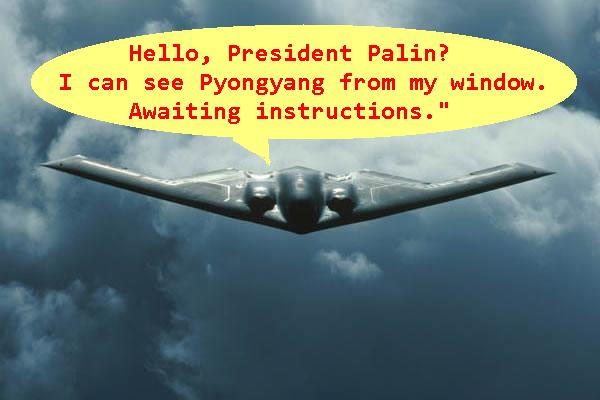