I just made Valerie Plame wince three times once she reads this article. Why? Because the name Richard Armitage completely destroys the myth she is desperately hanging onto after all these years that the Bush administration deliberately leaked her name as a CIA employee in order to discredit her husband, Ambassador Joseph Wilson who criticized the decision to invade Iraq. Unfortunately for both Plame and the Left who have been clinging to that myth for years, it was completely undone when the name of the real leaker, who was an internal critic of the Bush policy in Iraq, was finally revealed...Deputy Secretary of State Richard Armitage. Yet despite their precious myth blowing up in their faces, Plame and the Left continue to spin it as happened yet again yesterday when Plame referred back to it in a Politico article she wrote about Edward Snowden:

2 posted on 06/06/2014 8:42:27 AM PDT by Dr. Ursus
[ Post Reply | Private Reply | To 1 | View Replies]
To: PJ-Comix
Patrick Fitzgerald knew all along that Richard Armitage did it and Scooter Libby was just an innocent bystander who made the mistake of cooperating with him because he didn't realize what a sleazy snake Fitzgerald was. Fitzgerald just wanted a Bush administration scalp. He didn't care a whit about justice or honesty.

There is not an ounce of integrity in Patrick Fitzgerald's disgusting body.

Somebody needs to tell Plame that her 15 minutes of fame was up more than six years ago. These beltway “power couples” are worse attention whores than their Hollywood counterparts. 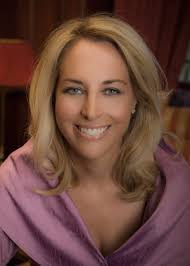 Throw her to the dogs.

What a stupid little whore Valerie Plame is. Joe Wilson is a sorry vagina too. Couldn’t we trade trash like that to the Taliban? Right, of course, they wouldn’t trade a blaspheming pig for them.

They get surly and desperate when their 15 minutes is up.

12 posted on 06/06/2014 9:06:45 AM PDT by Foolsgold (Those who are too smart to engage in politics are punished by being governed by those who are dumber)
[ Post Reply | Private Reply | To 8 | View Replies]
To: PJ-Comix
Why didn't Obama make Plame a cabinet secretary?

Because not even Obama is dumb enough to trust Valerie Plame or Joe Wilson!

Valerie Plame was outed to the Russian and Cubans in 1994 by Aldridge Ames.

Valerie Plame and her spouse Joe Wilson are both “nothing burgers” as far as having had ANY positive impact on our national security during their time of so-called “service”.

Such non-productive creatures are a dime a dozen at CIA headquarters.

Over heard at the Justice Department

Joe Wilson lied.
So, you went after Wilson?
Nope, Bob Novak revealed Plame’s identity in his column.
So, you went after Novak?
Well no, Richard Armitage leaked her information to Novak.
So, you went after Armitage?
No, as it turns out Plame WASN’T really a covert agent.
So, you’re dropping the case?
No, I’m going after Libby.
Libby, what about the others?
I think the Duke Lacrosse Team may have been involved too.