And it has done so for “60 years of test excellence” since its establishment, which led to the reopening of Fort Huachuca in 1954.

Utley, who heads the Army Test and Evaluation Command, spoke at two ceremonies involving the anniversary, one in the morning, which included a cake cutting, and another during an afternoon ribbon cutting for the Small Arc Range.

“We have come a long, long way from when I was a brand new second lieutenant in 1982,” he said.

And he came some distance — from Aberdeen Proving Ground in Maryland where his headquarters is located — to officiate at the Tuesday’s events.

During the past six decades EPG has tested new technologies ranging from the original prop-driven drones to the new unmanned aerial systems, to ever-increasing sophisticated electronic systems critical for the Army and other branches of services, the general said.

“It was the site where the first drones were tested,” Utley said. Today the post is where soldiers are being trained on how to operate and maintained Army unmanned aerial systems.

Looking toward the future, Utley said he sees EPG continuing to play a key role, which is particularly needed in a world which the “American Army will remain globally engaged.”

For Col. Ray Compton, EPG’s commander, who spoke before the general, said the slightly late celebration of EPG’s start on the post — officially it reopened on Feb. 1, 1954 — “EPG has achieved much in 60 years.”

Calling Tuesday “a great day, a family day as we are a family,” Compton said he expects even more accomplishments to be done by the dedicated employees.

Utley said the nation and its Army are facing continuing threats and the need for a strong defense posture means “EPG will continue to play a critical role.”

Noting those who are part of EPG’s workforce are dedicated and “have a passion for their missions,” the general said, “Team EPG makes a difference every day.”

Looking forward, Utley said he has no doubts EPG will continue its important work for the next 60 years.

Retired Col. Hugo Keyner, who commanded EPG from 2000 to 2002, said the organization continues to prove itself through the technical skills of the employees.

Noting after the Sept. 11, 2001, attacks on the United States the workload increased as the Army and other military services needed new equipment rapidly tested, verified and fielded, said Keyner, who now lives in Tucson adding he could not miss the 60th anniversary celebration.

Between the morning and afternoon events people were given tours of some of the EPG functions.

Byron Alexander, who heads the Environmental Test Facility showed various tests which can be done at EPG noting some of them are done on a for pay basis by civilian companies who are trying to obtain government contracts.

“We have some of the most interesting test facilities in the world,” he said, noting EPG can replicate altitudes up to 200,000 feet, take temperatures down to well below freezing as well as to high extremes, create sand storms, do water pressure tests, grow fungus on electrical systems and numerous other functions, he said.

At the Antenna Test Facility, which is located on the fort’s East Range, where various structures can be clearly seen by motorists, Utley help cut the ribbon to the Small Arc Range which will allow EPG accomplish quicker tests closer to the ground.

The new facility “enhances how and what we can test on the site,” Utley said.

Into the Congressional Record

On Tuesday, Democratic U.S. Rep. Ron Barber had the importance of the Electronic Proving Ground on Fort Huachuca entered into the Congressional Record, noting its critical support to the country’s military needs. 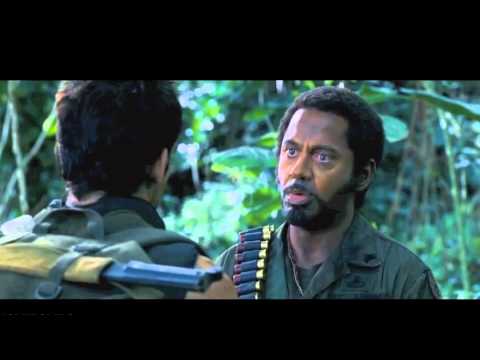 Can we please not have an open season on our soldiers?

Let them open carry on the bases!

This is Arizona fer Christ sake!

I can open carry a firearm into a bank in this state!

Great assignment. It is said you hate it when you first arrive, you hate it even more when it’s time to leave.

Hauchuca allows civilians on base with rifles during hunting season.

I loved my time there.

They used to have one of the atomic cannons there. They would fire shells loaded with colored powders up into the stratosphere. Did it to observe the wind patterns up high I reckon.

and scare the heck out of folks at the main gate.