Russia and the US have "no common vision" on the crisis in Ukraine, Russia's foreign minister has said after talks with his US counterpart.

However Sergei Lavrov added that his meeting with Secretary of State John Kerry had been "constructive".

Mr Kerry said the US was "deeply concerned" about Russian troop deployments on Ukraine's eastern border and in Crimea.

Mr Lavrov told reporters that Russia had no plans to invade south-eastern Ukraine.

Russia would "respect the will of the people of Crimea", he said, ahead of Sunday's referendum there.

Crimeans are to vote on whether to leave Ukraine and become part of the Russian Federation.

Every one is waiting for Sunday's vote but no one doubts Russia will ultimately accept Crimea's bid to join the Russian Federation.

Regardless of what President Obama and Secretary Of State Kerry think. 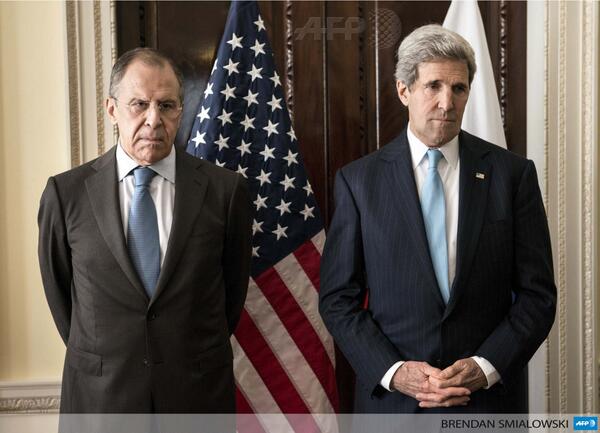 However Sergei Lavrov added that his meeting with Secretary of State John Kerry had been “constructive”.

Yup, gauging the ability of our surveillance systems.

“Constructive” is diplomatic jargon for - “oh the talks were business-like but we had no agreement.”

Local talker this morning spoke to an ex-pat in Ukraine (Afghanistan vet). He seems to think all hell will break out tomorrow. Russkies are lining the East. He said to watch the area where the former prez lived.

5 posted on 03/14/2014 10:31:06 AM PDT by RushIsMyTeddyBear (Great vid by ShorelineMike! http://www.youtube.com/watch?v=KOZjJk6nbD4&feature=plcp)
[ Post Reply | Private Reply | To 1 | View Replies]
To: goldstategop
Every one is waiting for Sunday's vote but no one doubts Russia will ultimately accept Crimea's bid to join the Russian Federation.

As should have happened in 1994, with Ukraine able to keep their nukes in exchange.

In other news, recently declassified documents reveal that Japan never told the United States it was planning to attack Pearl Harbor.

Currently Russia has no plans to make any sort of move.

But that could easily change in the future, subject to unfolding socio-political developments in Ukraine.

Lavrov has a serious “we mean business” scowl going on. Meanwhile Kerry’s face just looks like it always does now. It seems that his plastic surgery, botox, or whatever treatments have severely limited his facial movements.

In this case Constructive to the Russian means that things are going Putin’s way.