As Russia spins a false narrative to justify its illegal actions in Ukraine, the world has not seen such startling Russian fiction since Dostoyevsky wrote, “The formula ‘two times two equals five’ is not without its attractions.”

Below are 10 of President Vladimir Putin’s recent claims justifying Russian aggression in the Ukraine, followed by the facts that his assertions ignore or distort.

The Facts: Strong evidence suggests that members of Russian security services are at the heart of the highly organized anti-Ukraine forces in Crimea. While these units wear uniforms without insignia, they drive vehicles with Russian military license plates and freely identify themselves as Russian security forces when asked by the international media and the Ukrainian military. Moreover, these individuals are armed with weapons not generally available to civilians.

2. Mr. Putin says: Russia’s actions fall within the scope of the 1997 Friendship Treaty between Ukraine and the Russian Federation.

The Facts: The February 21 agreement laid out a plan in which the Rada, or Parliament, would pass a bill to return Ukraine to its 2004 Constitution, thus returning the country to a constitutional system centered around its parliament. Under the terms of the agreement, Yanukovych was to sign the enacting legislation within 24 hours and bring the crisis to a peaceful conclusion. Yanukovych refused to keep his end of the bargain. Instead, he packed up his home and fled, leaving behind evidence of wide-scale corruption.

The Facts: On March 4, President Putin himself acknowledged the reality that Yanukovych “has no political future.” After Yanukovych fled Ukraine, even his own Party of Regions turned against him, voting to confirm his withdrawal from office and to support the new government. Ukraine’s new government was approved by the democratically elected Ukrainian Parliament, with 371 votes – more than an 82% majority. The interim government of Ukraine is a government of the people, which will shepherd the country toward democratic elections on May 25th – elections that will allow all Ukrainians to have a voice in the future of their country.

5. Mr. Putin says: There is a humanitarian crisis and hundreds of thousands are fleeing Ukraine to Russia and seeking asylum.

The Facts: To date, there is absolutely no evidence of a humanitarian crisis. Nor is there evidence of a flood of asylum-seekers fleeing Ukraine for Russia. International organizations on the ground have investigated by talking with Ukrainian border guards, who also refuted these claims. Independent journalists observing the border have also reported no such flood of refugees.

The Facts: Outside of Russian press and Russian state television, there are no credible reports of any ethnic Russians being under threat. The new Ukrainian government placed a priority on peace and reconciliation from the outset. President Oleksandr Turchynov refused to sign legislation limiting the use of the Russian language at regional level. Ethnic Russians and Russian speakers have filed petitions attesting that their communities have not experienced threats. Furthermore, since the new government was established, calm has returned to Kyiv. There has been no surge in crime, no looting, and no retribution against political opponents.

The Facts: Russian military facilities were and remain secure, and the new Ukrainian government has pledged to abide by all existing international agreements, including those covering Russian bases. It is Ukrainian bases in Crimea that are under threat from Russian military action.

8. Mr. Putin says: There have been mass attacks on churches and synagogues in southern and eastern Ukraine.

The Facts: Religious leaders in the country and international religious freedom advocates active in Ukraine have said there have been no incidents of attacks on churches. All of Ukraine’s church leaders, including representatives of the Ukrainian Orthodox Church-Moscow Patriarchate, have expressed support for the new political leadership, calling for national unity and a period of healing. Jewish groups in southern and eastern Ukraine report that they have not seen an increase in anti-Semitic incidents.

The Facts: Ukraine’s interim government has acted with restraint and sought dialogue. Russian troops, on the other hand, have moved beyond their bases to seize political objectives and infrastructure in Crimea. The government in Kyiv immediately sent the former Chief of Defense to defuse the situation. Petro Poroshenko, the latest government emissary to pursue dialogue in Crimea, was prevented from entering the Crimean Rada.

10. Mr. Putin says: The Rada is under the influence of extremists or terrorists.

The Facts: The Rada is the most representative institution in Ukraine. Recent legislation has passed with large majorities, including from representatives of eastern Ukraine. Far-right wing ultranationalist groups, some of which were involved in open clashes with security forces during the EuroMaidan protests, are not represented in the Rada. There is no indication that the Ukrainian government would pursue discriminatory policies; on the contrary, they have publicly stated exactly the opposite.

Kind of like Hitler at the start of WWII

And you’d probably prefer theirs.

We have politicians decrying Obama's non-involvement, but those same politicians are saying we can't get involved militarily.

What a sticky wicket. Not to worry, Obama will be leading -- from behind.

Why are we supposed to believe ANYTHING put out by the Obama-Hitlery-Lurch Department of State?

They still insist a you tube video is to blame for Benghazi.

You are correct. VERY similar to Hitler at the start of WWII.

Good point. They’ve no credibility, yet even a blind pig finds an acorn now and then.

Ukraine cancelled the port agreements last month. Leaves Russia with no ports in the area.

What did they think would happen?

Remember, like Hitler who had fans in the USA, Putin has some here too.

Wrong. Take a look at a map of the Black Sea and tell us there are no Russian ports in the area. 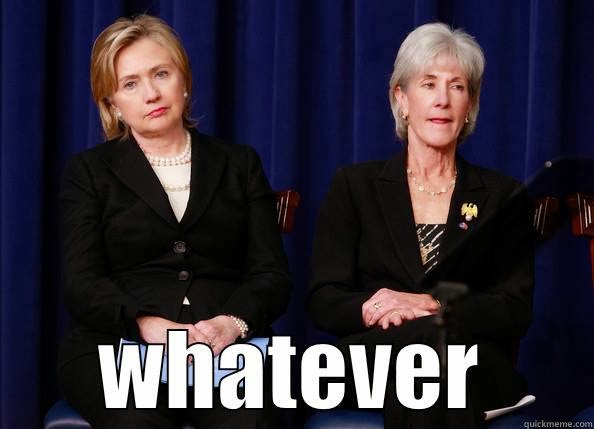 Are you saying they did not cancel the port agreement?

You said there are no ports in the area, didn’t you? Are there? Are there any ports Russia owns that Russia can use?