North Korea has deported a US veteran of the Korean War who had been detained in the country since October, the state-run KCNA news agency reports.

It says Merrill Newman was expelled on "humanitarian grounds" after he confessed to his "crimes" against the state during the 1950-53 war and "apologised".

Mr Newman, 85, had been held on charges of "hostile acts" against the North.

He had been visiting the country as a tourist.

TOPICS: Crime/Corruption; Foreign Affairs; Front Page News
KEYWORDS: deported; merrillnewman; northkorea; warveteran Navigation: use the links below to view more comments.
first 1-20, 21-28 next last
I'd head straight to Vegas or the closest Indian casino if I was him.
1 posted on 12/06/2013 6:43:47 PM PST by NormsRevenge
[ Post Reply | Private Reply | View Replies]
To: NormsRevenge

Yeah me too LOL!

Get out of NK NOW Dude

I don’t believe there is dishonor when it comes to survival.. but tempting fate can exact a huge price.

They say you can never go back..

1) Why in hell did he ever go back?
2) He is very lucky he was not charged as a war criminal.

I wonder how badly they beat him to get him to confess his role in the Korean war? 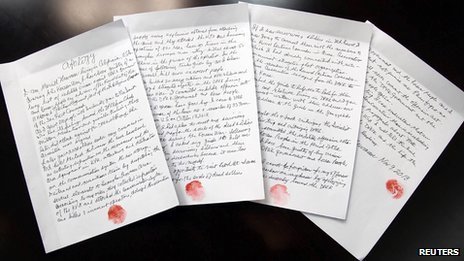 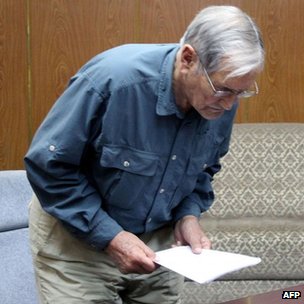 He was lucky that the Nork’s didn’t “accidentally” lose him in one of their death camps.

At least he should buy a few Powerball tickets, with his luck.

He may well have played a cat and mouse game for years.. and finally got trapped. Fortunate for him, they didn’t exact a pound of flesh, rather from his pride.

Thank God they released him. I’ve been worried for him.

AP via the Mercury News

The KCNA report stated that investigators determined that “Newman entered the DPRK with a wrong understanding of it and perpetrated a hostile act against it.”

“Taking into consideration his admittance of the act committed by him on the basis of his wrong understanding (and the) apology made by him for it, his sincere repentance of it and his advanced age and health condition, the above-said institution deported him from the country from a humanitarian viewpoint,” the official North Korean report added.

I hope South Korea throws him the biggest welcome home party that country has ever seen. They owe it to him.

I’d be happy to meet up with them in Itaewon .. and then hit downtown Seoul .. bring your longjohns tho. :-]

I don’t imagine that this has helped the Norks tourism aspirations.

How’d it feel being played with like a cat plays with a mouse and being used as a propaganda tool?

Did you reunite with your homies from the other side of the war?

Glad he’s homeward bound, but him going there in the first place was a HUGE “jackass” move; these tin-horn dictatorships NEVER move beyond their last act of war. If you were in it — even a thousand years ago — you’re still “the enemy” right up to the current hour, and you should fully expect that they’ll treat you as such. Guy’s one lucky SOB. One snarky turn of attitude up the command chain and his “departure point” could have been a plot of dirt in front of a NORK firing squad. His well-rattled white butt had better be occupying a pew this Sunday; he’s got DEBT to own up to.

3) Maybe he is still working... Note what the North Koreans accused him of.

"It claims he was an "adviser of the Kuwol Unit of the UN Korea 6th Partisan Regiment part of the Intelligence Bureau of the Far East Command" - an apparent reference to one of the special operations units acting against the North."

Having been involved in what he was tasked with during that conflict he should never, ever have gone back there. I think it was a stupid move, because these people never forget.