Last Thursday, President Obama purported to undo the “Affordable” Care Act (ACA) mandates that he and congressional Democrats quite intentionally designed to force Americans off their health-insurance policies . . . notwithstanding the president’s promise, repeated over and over again since 2009, that Americans would be able to keep their health-insurance policies. In my weekend column, I argued that Obama’s latest unilateral diktat is lawless and transparently political. With each passing day, however, what becomes more breathtaking is the depth of systematic, calculated lying that went into the extensive — the criminal — Obamacare fraud.

Let’s quickly recap the lawlessness and cynical politics behind Thursday’s pathetic press conference. Obama, who poses as a constitutional-law expert, knows full well that a president has no legal authority to waive statutory mandates. Even if he had such power, moreover, he knows that there is no practical possibility of undoing — within the next few weeks, as the ACA would require — the new arrangements that insurance companies and state regulators spent the last three years structuring to comply with Obamacare mandates. In sum, Obama is well aware that his proposed “fix” is frivolous. His hope is that the country overwhelmingly consists of dolts who are too uninformed to realize that this is the case, and who, with a little help from his media courtiers, can be convinced to blame the insurance companies, rather than the president, for the fact that millions of Americans are losing their coverage under his “reform.”

Now, having covered Thursday’s con job, let’s get back to the overarching Obamacare scheme perpetrated by the president for more than four years — a fraud that, I contend, the Justice Department would not hesitate to prosecute had it been committed by a private-sector executive. I’ve related the standards for criminal and civil enforcement that would militate in favor of prosecution in a case involving the dimension of fraud and breach of fiduciary duty we find here. In addition, NRO’s Andrew Stiles had a superb report on Friday showing the sundry ways the administration’s dysfunctional Obamacare website, HealthCare.gov, runs afoul of various consumer-protection laws. Again, when such infractions are committed by private businesses, the government punishes them quite severely.

We now discover even more evidence of how brazen Obama’s lies have been.

The president claims he truly believed that people would be able to keep plans they liked because Obamacare provides for those plans to be “grandfathered” — exempted from termination. Thus, he insists, he was acting in good faith when he made the promises that people could keep those plans, though he concedes the promises “ended up being inaccurate.”

This is yet another calculated deception, a willful continuation of the fraudulent scheme. The president well knew that, in implementing the “grandfathering” provision, his administration wrote regulations so narrow that tens of millions of existing plans would be eliminated. Congressional Democrats knew this, too: When Republicans endeavored in 2010 to enact legislation that would have broadened the regulation into a meaningful safe harbor, Democrats closed ranks and voted down the proposal – including Democrats such as Senator Mary Landrieu, who now pretends to be a crusader in the cause of letting Americans keep their insurance.

Unable to deny that millions of Americans have lost the coverage he vowed they could keep, Obama and other Democrats are now peddling what we might call the “5 percent” con job. The president asserts that these victims, whom he feels so terribly about, nevertheless constitute a tiny, insignificant minority in the greater scheme of things (“scheme” is used advisedly). They are limited, he maintains, to consumers in the individual health-insurance market, as opposed to the vastly greater number of Americans who get insurance through their employers. According to Obama, these individual-market consumers whose policies are being canceled make up only 5 percent of all health-insurance consumers.

Even this 5 percent figure is a deception. As Avik Roy points out, the individual market actually accounts for 8 percent of health-insurance consumers. Obama can’t help himself: He even minimizes his minimizations. So, if Obama were telling the truth in rationalizing that his broken promises affect only consumers in the individual-insurance market, we’d still be talking about up to 25 million Americans. While the president shrugs these victims off, 25 million exceeds the number of Americans who do not have health insurance because of poverty or preexisting conditions (as opposed to those who could, but choose not to, purchase insurance). Of course, far from cavalierly shrugging off that smaller number of people, Obama and Democrats used them to justify nationalizing a sixth of the U.S. economy.

But that’s not the half of it. Obama’s claim that unwelcome cancellations are confined to the individual-insurance market is another brazen lie. In the weekend column, I link to the excellent work of Powerline’s John Hinderaker, who has demonstrated that, for over three years, the Obama administration’s internal estimates have shown that most Americans who are covered by “employer plans” will also lose their coverage under Obamacare. Mind you, 156 million Americans get health coverage through their jobs.

John cites the Federal Register, dated June 17, 2010, beginning at page 34,552 (Vol. 75, No. 116). It includes a chart that outlines the Obama administration’s projections. The chart indicates that somewhere between 39 and 69 percent of employer plans would lose their “grandfather” protection by 2013. In fact, for small-business employers, the high-end estimate is a staggering 80 percent (and even on the low end, it’s just a shade under half — 49 percent).

Avik’s eagle eye also catches that, even as Obama was spinning on Thursday about how his broken promise affects only the teeny-weeny individual-insurance market, his administration was telling a much different story to state insurance commissioners. In a letter about Obama’s proposed “fix,” the head of the relevant consumer-information office referred to “all individuals and small businesses that received a cancellation or termination notice with respect to coverage” (emphasis added). This, Avik observes, “contradicts assertions from the administration that only people in the individual market — people who shop for coverage on their own — are affected by the wave of Obamacare-related cancellations.”

It gets worse. My friends at the American Freedom Law Center (on whose advisory board I sit) are representing Priests for Life, a group aggrieved by Obamacare’s denial of religious liberty — specifically, the ACA’s mandate that believers, despite their faith-based objections, provide their employees with coverage for the use of abortifacients and contraceptives. On October 17, the Obama Department of Health and Human Services, represented by the Obama Justice Department, submitted a brief to the federal district court in Washington, opposing Priests for Life’s summary judgment motion. On page 27 of its brief, the Justice Department makes the following remarkable assertion:

The [ACA’s] grandfathering provision’s incremental transition does not undermine the government’s interests in a significant way. [Citing, among other sources, the Federal Register.] Even under the grandfathering provision, it is projected that more group health plans will transition to the requirements under the regulations as time goes on. Defendants have estimated that a majority of group health plans will have lost their grandfather status by the end of 2013.

HHS and the Justice Department cite the same section of the Federal Register referred to by John Hinderaker, as well as an annual survey on “Employer Health Benefits” compiled by the Kaiser Family Foundation in 2012.

So, while the president has been telling us that, under the vaunted grandfathering provision, all Americans who like their health-insurance plans will be able to keep them, “period,” his administration has been representing in federal court that most health plans would lose their “grandfather status” by the end of this year. Not just the “5 percent” of individual-market consumers, but close to all consumers — including well over 100 million American workers who get coverage through their jobs — have been expected by the president swiftly to “transition to the requirements under the [Obamacare] regulations.” That is, their health-insurance plans would be eliminated. They would be forced into Obamacare-compliant plans, with all the prohibitive price hikes and coercive mandates that “transition” portends.

Obamacare is a massive fraudulent scheme. A criminal investigation should be opened. Obviously, the Obama Justice Department will not do that, but the House of Representatives should commence hearings into the offenses that have been committed in the president’s deception of the American people.

— Andrew C. McCarthy is a senior fellow at the National Review Institute. He is the author, most recently, of Spring Fever: The Illusion of Islamic Democracy.

More and more politicians and mainstream pundits accusing President Barack Obama of knowingly misleading the public on his keep-your-plan promise.

"Those assurances weren't slight exaggerations or innocent shadings of the truth," Sen. Ron Johnson, R-Wisc., said in the Republican radio address on Saturday. "They were statements that were fully vetted, coldly calculated, and carefully crafted to deceptively sell your health care plan to a trusting public. It was a political fraud echoed relentlessly by House and Senate Democrats who should be held accountable for the disastrous consequences of their grand deception." 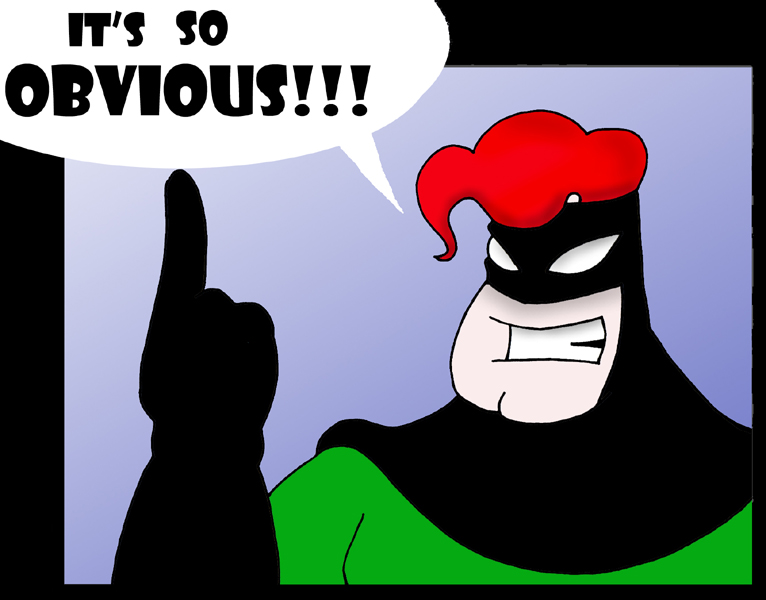 2 posted on 11/18/2013 6:48:36 AM PST by KeyLargo
[ Post Reply | Private Reply | To 1 | View Replies]
To: SeekAndFind
A criminal investigation should be opened. Obviously, the Obama Justice Department will not do that, but the House of Representatives should commence hearings into the offenses that have been committed in the president’s deception of the American people.

Paging Darrell Issa! Put this investigation right behind the others. Results expected: Nil.

I would be in favor of another Congressional Investigation if the 500 or so investigations they’ve had going on for years ever produced even one result. (like somebody’s butt in jail, even for a day).

Witnesses come before Congress and effectively shoot them the finger (ie the American People) and nothing happens, not even a firing.

They find Holder in contempt and he laughs at them behind the skirts of judges Obama appointed.

I have ZERO respect for the federal government anymore.

the Obama lies and obfuscations are a joke

small employers fell into the market gap of being held out of getting the best health insurance rates, unlike their big corporate competitors, because many state insurance boards denied small employers the right to join together and bargain as a group, to achieve the kind of scale in bargaining power with the insurance companies that the big employers have

and who does the Obamacare mandates and the refusal to actually grandfather anyone hurt the most?

the very people they were supposed to help the most - those locked out of the segregated giant big employer, big union, big government plans

Thanks neverdem for this and these:

The Lawlessness of the ‘Fix’ by Andrew C. McCarthy
http://www.freerepublic.com/focus/news/3092088/posts