We live in Bizzaro world. Must truly be the end times as its full speed ahead train wreck up ahead. What dreck we have as leaders—pure dreck from the cesspool save for a few.

Just wow. The Crusader of F & F and Benghazi, folds like a cheap suit for this deal. Who would have thunk it? /s

Well, this pretty much tells me where these so-called investigations are going, and that is nowhere ladies and gents. Kabuki theater at its finest.

I have enjoyed the thread. Very entertaining. This will be my last post at Free Republic. I have been outed as a troll. Well not really a troll just a democrat. I will be happy to continue to debate policy my twitter is @ciardetti. As for people trying to justify this cluster I have to laugh. Thanks for 2014, this exercise has been an unmidigated disaster for republicans. On top of which you looked bad doing it. Polling is clear. Wait until the process stories come out on how this temper tantrum costs 24 billion. I bid you all goodbye hope some will engage in civil debat on twitter. If not i will just block. Look at my past posts, I predicted the election and I predicted this debacle. Have fun gang, goodbye.

Out of the 100 Senators I know one, possibly two that can be trusted; Ted Cruz and Lee. Out of 435 Representatives, I know of zero. We as a nation, are not screwed, we are in the most vulgar term possible, fucked.

We’re getting forked several ways than what you mentioned. We’re also gonna pay for their healthcare at 75%. Isn’t the GOPe grand?

Some Conservatives stuck to their guns and even got other Repubs to go along with them. Now we need MORE in 2014!

Of the two, the hookers are the more honorable. 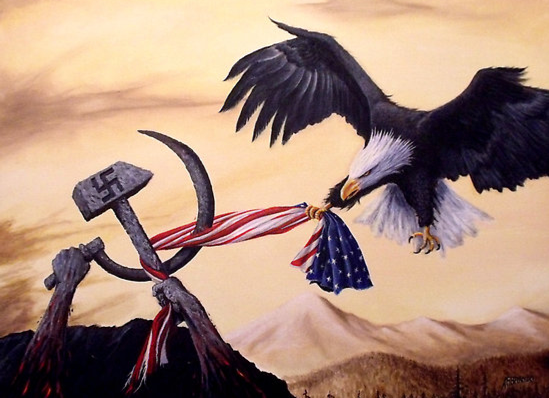 There goes your freedom.

But at least you moderates got to sit on your asses acting like you were the smartest people in the room eh? :)

The only way anything will change is to get term limits.

Our founding fathers never dreamed, or I don’t think they did, that anyone would go to congress and stay 40 years.

Their own life style demonstrated that.

If there ever was anyone who was entitled to stay until death, it was the originators. Instead, they served and returned to their farms and businesses.

No congressmen will never vote for term limits.

The only way to get term limits is to have a state constitutional convention.

That takes it out of the hands of congress.

If this was to stop a default debt, that is utterly bullshit,

The only way the US could default on its debt is if Obama simply decides not to pay the interest on the outstanding loans.

“Each month the government collects $250 billion in taxes, and if the Congress decided not to raise the debt ceiling, Secretary Lew would have adequate resources to pay the $23 billion in interest to the public.”

Why we would surrender now on that ground is beyond me, frankly with Obama’s Autocratic style of rule that could happen anyway. Not that defaulting on the debt and bring down the US credit rating would be a bad thing.

In fact I would say that would be the best thing that could happen to a democracy. Public debt is after all the great tool of financial unaccountably in politics.

The easier it is for politicians to take loans against future earnings to buy their votes the less likely they are to be held accountable for the cost of their actions.

We should by all rights want to abolish the U.S. Credit rating.

I agree..even hookers have more dignity than the likes of McConnell and McCain..Id trust a prostitute before Id trust either of those two

I hope that it is $ 25.00. Let the bastards that wanted this get a piece of the action.

What about the provision in this “compromise” Levin was talking about that changes the way future debt ceilings are voted on?

As it is now, congress critters must vote to raise the debt limit.

That puts their name on the line and those who oppose it can vote accordingly.

Under the new law, all the critter has to do is sit still and say nothing. His name does not end up on an ugly list.

A very very under the table way of stealing our money with no bad press.

Well, anyone with a leadership position was ordered to vote for it by Boehner.

Imagine we all registered as Democrats.