It is the 15th anniversary of al-Qaeda attacks on US embassies in Kenya and Tanzania but officials said there was no immediate indication the fire was caused by a bomb or a deliberate act.

The Kenya Red Cross said that there were no reports of casualties.

Probably had something to do with Obastard’s birth certificate.

Most of the straw/mud huts that make up the terminal are a total loss.

Not until Hell freezes solid.

More likely due to the K factor. 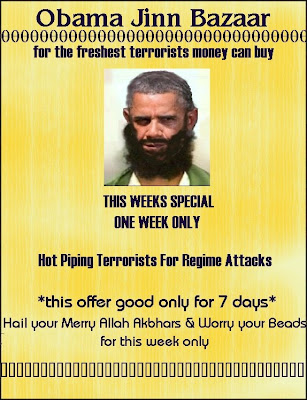 “Most of the straw/mud huts that make up the terminal are a total loss.”

A friend who had been to KEnya said not much had been upkept since the Brits left; I’d imagine East Africa will be looking for a new hub...

No “endowment” will replace 50 years of neglect in these places. Africans I work with would never get on a plane operated by an African airline; they prefer Lufthansa because they know the planes are maintained.

Could you imagine Kenya getting our “shovel-ready projects”?

“’scuse me while I whip this out.” Idi Obamagumbe, reaching for his US Treasury blank checkbook

Hey, folks, don’t worry. obama has al-Qaeda on the run.

Money is on the way! He won’t let the homies down.

Was the airport built by those evil White colonialists?

You can bet your last dollar it will be rebuilt by evil White people.