Huma Abedin, the wife of New York mayoral candidate Anthony Weiner, AKA Carlos Danger, is facing an ongoing Senate investigation into the consulting fees she earned while also working as a State Department employee for then Secretary of State Hillary Clinton.

Sen. Chuck Grassley (R-IA) has been investigating Abedin’s activities as a paid consultant while she was still working for Clinton toward the end of her tenure. In June, 2012, Abedin changed her employment status at the State Department from being a full time employee with the title of deputy chief of staff to being a “special government employee,” a type of contractor that allowed her to take on private clients in addition to her government job that included Hillary Clinton’s post-State Department transition team, the William J. Clinton Foundation, and Teneo Holdings, a firm run by Clinton confidante Doug Band.

Abedin’s change in employment status was exposed in a June article in Politico, which reported that Abedin and Weiner reported income of $490,000 in calendar year 2012, $360,000 of which represented a combination of both of their consulting incomes.

Grassley has been pressing the State Department and Abedin to answer a slew of questions over the arrangement ever since.

“It appears that Teneo may have been compensating Ms. Abedin for gathering information from government sources for the purpose of informing investment decisions of her clients - or in other words, political intelligence,” Grassley wrote in a June 13 letter. “This raises important questions about whether her dual role was adequately disclosed to government officials who may have provided her information without realizing that she was being paid by private investors to gather information.”

They ought to re-examine her connections to the Muslim Brotherhood more than possible financial irregularities. There may be some underlying reasons why she’d like to be the wife of the mayor of New York.

It’s ‘phony’ because the alleged crook is a Liberal.

Count on it, if she was a Conservative, you’d hear about this non-stop into perpetuity!

3 posted on 07/26/2013 6:45:48 AM PDT by SMARTY ("The test of every religious, political, or educational system is the man that it forms." H. Amiel)
[ Post Reply | Private Reply | To 1 | View Replies]
To: Second Amendment First
I guess we will just have to accept that fact that Democrats can do ANYTHING they want and won't be held accountable. Before the election. I saw Bob Woodward being interviewed on TV. He was asked ‘why isn't Benghazi a bigger story?’. His answer was ‘the News Media doesn't care about Benghazi’. The Leftist Big Media drives the stories that make the Nightly News. NOTHING about the Dems criminality gets traction. They have a free ride for WHATEVER they want. Look at Filner in San Diego. He was caught and said he will not resign. The only reason he is toast is because Gloria Allred is now involved. Only Leftists can destroy Leftists. When a Conservative tries to hold a Dem accountable for their lawlessness/criminality..........crickets.
4 posted on 07/26/2013 6:45:53 AM PDT by originalbuckeye (Never yield to force; never yield to the apparently overwhelming might of the enemy)
[ Post Reply | Private Reply | To 1 | View Replies]
To: Second Amendment First

Consulting, once it was called a bribe. 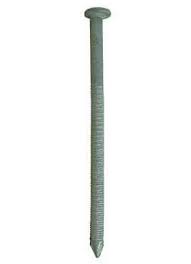 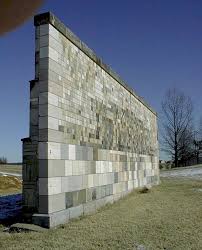 Our government is infiltrated by the MB from the Oval Office on down.

9 posted on 07/26/2013 7:10:27 AM PDT by Old Yeller (Goodbye America. Glad the majority of my years were spent during the good days.)
[ Post Reply | Private Reply | To 1 | View Replies]
To: Second Amendment First
Huma was pocketing bigtime from Teneo Holdings, a firm run by Clinton confidante Doug Band. Teneo is also connected to MF Global--- as Jon Corzine presided over a billion dollar heist. Quoting from Teneo’s Web site: the firm is the “next chapter in strategic advisory.”

NOTE: a former MF Global employee accused former president Bill Clinton of collecting $50,000 per month through his Teneo advisory firm in the months before MFG careened towards its Halloween 2012 filing for Chapter 11 bankruptcy, reports Human Events.

Bill Clinton is the chairman of Teneo's advisory board.

Teneo was hired by MF Global’s former CEO Jon S. Corzine to improve his image and to enhance his connections with Clinton’s political family, said the employee, who asked that his name be withheld because he feared retribution, according to Hum/Evnts. The Teneo contract with MF Global lasted at least five months, the souce said. “The board cancelled it after Corzine resigned.”

The source, who is no longer associated with MF Global, said Teneo is a dual-track company with one side devoted to merchant and investment banking and the other side set up to provide image and strategy consulting services. The trustee for MFG investors later sued JPMorgan bank for return of about $450M that MFG had transferred to the bank.

Sen Grassley needs to mobilize the Bank Secrecy Act---in which banks are required to establish, implement and maintain programs designed to detect and report suspicious activity indicative of money laundering and other financial crimes.

The Bank Secrecy Act was enacted to protect the public from harm by identifying and detecting money laundering from criminal enterprises, terrorism, tax evasion or other unlawful activities.

<><> Joint bank accounts might be used to facilitate the transfer of of govt funds. MFG monies may pay for personal and private expenses, credit cards, real estate sunsidies and vehicle purchases.

<><> To cover their tracks, fake invoices might be created to show that money deposited into accounts was being used for legitimate investment purposes.

The scheme might be advanced by issuing phony statements of payments from financial sources that actually covered the transfer of funds for MFG insiders own use.

<><> L/E should scrutinize MFG bank accounts for suspicious activites: (A) large deposits, (B) funds transferred from one account into another, (C) frequent requests for withdrawals.

So perhaps the Wieiner mess is a page out of Hillary’s playbook to create sympathy for Huma in the public arena and keep the media narrative away from Huma’s crimes...

If nothing else, this might convince the 30% or whatever of New Yorkers who still support Anthony for mayor, to rethink their choices.

Looks like the old Cloward-Pivens tactic of “overwhelming the system” may work to our benefit.

I've noticed this over the past 2 or 3 years:

The Liberal establishment is on the move, folks. They are on the MARCH. Their lawlessness is now brazen and completely in the open.

And why not? Who's going to stop them? The Congressional Republicans? The media? Federal prosecutors or judges?

The Liberal movement learned from 8 years of George Bush that the Conservative movement is weak and feckless. That is my biggest criticism of the Bush era. The Conservative movement gained no ground, made no inroads ANYWHERE. Meanwhile, the Liberals now absolutely dominate the media, education, the entertainment industry (movies and music), and have made huge strides with their internet presence. Liberals dominate every federal agency. There is even an alarming number of outspoken Liberals in the U.S. military now.

Where has the Conservative movement gained ground?

Clinton's and Bushs' presidencies taught the Liberals that there is little to no consequence to their law-breaking, whether it involves an attack on Conservatives or simply for their own self enrichment. Is Clinton a disgraced and impeached ex-President? Hell no, he's made a fortune giving speeches and making appearances and is considered a celebrity and senior statesman. What about Bush? He basically disappeared.

The Liberals are energized, motivated, and are pursuing their agendas and attacks more aggressively than ever before - because they know damned well they can, and will, get away with anything.