I don’t really care if Stevens was going to Benghazi to see Elvis. Are they trying to say the Russians had him killed? Could be, but that’s awfully risky. If the Russians wanted to shut down an arms smuggling operation, couldn’t they have just asked to talk to Obama and then told him they knew what was going on? Why run the risk of killing an Ambassador? And why hit the second facility? Why did Obama and the Democrats work to overthrow the government of Libya? They wet their pants for years over the Contras and now they are OK overthrowing every government in the Middle East? That doesn’t make any sense. Unless they are personally benefiting from all this fighting. 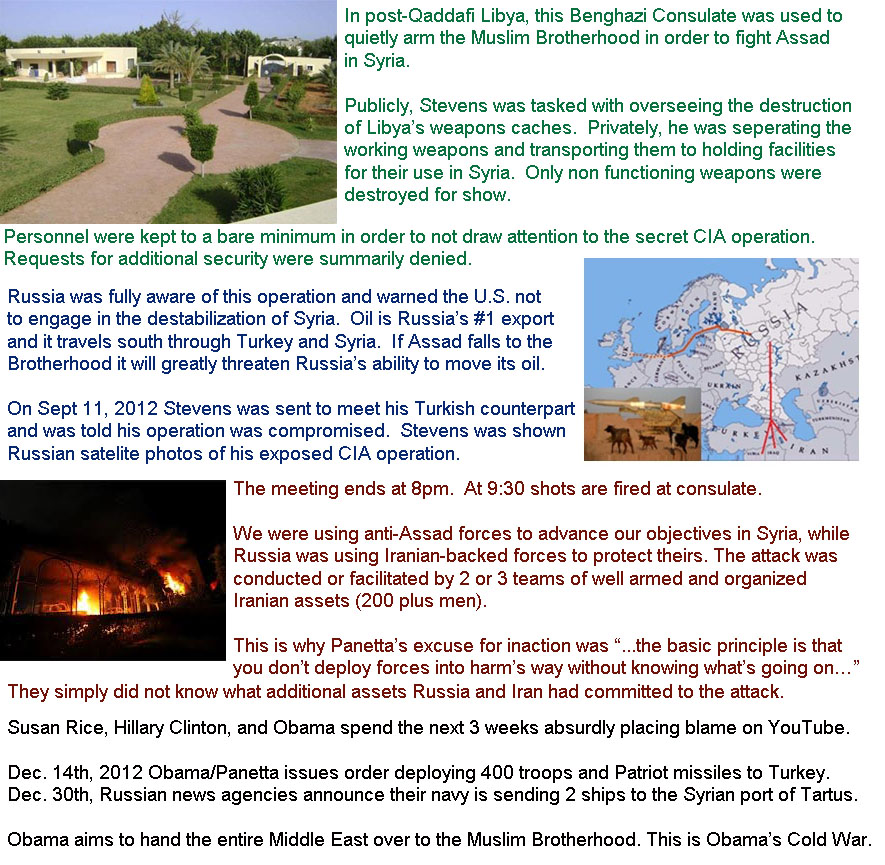