This story is still developing with contradictory reports in the air, but it would appear that Israeli jets struck targets inside Syria. There are report of a strike on a convoy headed from Syria into Lebanon, possibly carrying long range rockets and chemical weapons to Hezbollah, as well as on a military research center in Jamraya possibly linked to the SSRC, the organization that runs Syria’s WMD and long range strike programs.

These two events may be related, as Israel had warned Assad that transferring WMD’s to Hezbollah would be considered a red line. If Assad tried to covertly cross that red line, hoping that Israel wouldn’t know, he miscalculated badly, and that violation led to a further attack against an SSRC facility, possibly as a warning.

Israeli warplanes attacked a military research center in Damascus province at dawn on Wednesday, Syria’s military command said, denying reports that the planes had struck a convoy carrying weapons from Syria to Lebanon.

Two people were killed and five wounded in the attack on the site in Jamraya, which it described as one of a number of “scientific research centers aimed at raising the level of resistance and self-defense.”

The building was destroyed, the military command said in a statement carried by state media.

It said the planes crossed into Syria below the radar level, just north of Mount Hermon, and returned the same way.

“The target was a truck loaded with weapons, heading from Syria to Lebanon,” said one Western diplomat, adding that the consignment seemed unlikely to have included chemical weapons.

A source among rebels fighting Syrian President Bashar Assad said an air strike around dawn (0430 GMT) blasted a convoy on a mountain track about 5 kilometers (3 miles) south of where the main Damascus-Beirut highway crosses the border. Its load probably included high-tech anti-aircraft and anti-tank missiles.

“It attacked trucks carrying sophisticated weapons from the regime to Hezbollah,” the source said, adding that it took place inside Syria, though the border is poorly defined in the area.

This is the general shape of the story so far. Syria has a reasonable motive for denying the convoy, because transferring WMDs wouldn’t just cross Israel’s red lines, it might even prompt NATO action. And Assad wants to look like the victim of Zionist oppression.

Obama and European leaders have likely told Israel to stay out of Syria because they don’t want Assad to score PR points in the Muslim world by engaging in a conflict with Israel, not that he is currently in any shape to do so. Israel has likely responded that it will do so, unless the red line is crossed.

The Syrian strike can be seen as a precursor to a strike on Iran as Israel demonstrates that it will take action if a WMD red line is crossed.

Two weeks ago a clear warning was given to American and European leaders that Israel would act, if they didn’t.

The international community should warn Damascus that a Syrian “institute” responsible for transferring weapons to Hizbullah and Hamas “will be demolished” if it continues arming terrorist organizations, Brig.-Gen. (Res.) Nitzan Nuriel, director of the National Security Council’s Counter-Terrorism Bureau, said on Monday.

Nuriel was referring to Syria’s Scientific Studies and Research Center (SSRC or CERS, in French), the Prime Minister’s Office told The Jerusalem Post on Tuesday.

This was a message all the way from the top. Today it was finally delivered.

On Sunday, Israeli Vice Prime Minister Silvan Shalom told Army Radio that the country’s top security officials had held a special meeting and warned that the transfer of Syrian chemical weapons to Hezbollah would be crossing a line that would mean action.

It was not the first time that Israel had warned Assad not to follow in the footsteps of his former ally, Saddam Hussein, but it was the sharpest warning to date. The warning was clearly meant to head off a specific course of action by Syria. But true to form, Bashar Assad did not listen.

Yesterday, it was reported that Israeli jets struck a convoy headed from Syria to Lebanon. The convoy reportedly contained SA-17 anti-aircraft missiles as well as some of the SSRC’s special toxic brew.

Syria’s extended occupation of Lebanon has come to an end, but the Shiite terrorist group Hezbollah, backed by Iran and Syria, has taken its place. Hezbollah fighters have gone to Syria to fight for Assad and it was widely speculated that Assad might transfer some of his WMD stockpiles to his Lebanese allies.

For Israel, the transfer of WMDs to terrorists is the ultimate red line that endangers its survival and existence. Israel’s enemies have long used neighboring terrorist groups as proxy armies for waging war against it by conventional means. Transferring WMDs to terrorists would allow those same countries to indirectly carry out a WMD attack that might kill hundreds of thousands of Israelis while minimizing concerns about retaliation.

The Arab Spring and the Islamist Winter have led to civil wars within the Muslim world in which Israel is not a player, but a pawn. In Egypt, Bahrain and Libya, both sides have accused each other of working for the Zionists. In Egypt, Mohammed Morsi won international support by using his Hamas cousins to stage a conflict with Israel which he could then resolve to prove his credentials as a force for stability and peace. In Syria, Assad has hoped to use the threat of war with Israel as a bargaining chip with the West.

Syria is in no state for a war with Israel. And a new war with Hezbollah is a card that Iran is reserving for its own use against the threat of an Israeli strike on its nuclear program. That leaves Syria with few options. Its only real card is its WMD program. Syria can’t use chemical weapons on a large scale against its rebels without crossing NATO’s red line. And it’s afraid that if it doesn’t turn those weapons into an asset, it may lose them.

Putting WMDs in Hezbollah’s hands not only takes them out of the reach of the Sunni rebels, but allows Assad to indirectly threaten Israel. And while NATO may intervene in Syria in response to WMD use by the regime, it isn’t likely to try and intervene in Lebanon if Hezbollah makes use of them; not when the EU still refuses to put Hezbollah on its terrorist list. With WMDs in Hezbollah’s arsenal, Assad could try to duplicate Morsi’s farce with Hamas, by setting himself up as the only man who can prevent a truly catastrophic regional conflict.

Israel however has no interest in being used as a pawn in the Syrian Civil War with the lives of hundreds of thousands of its citizens on the line. American and European leaders have doubtlessly warned the Jewish State not to attack Assad, regardless of the provocation, to avoid undermining the Sunni rebels and the credibility of the regional anti-Assad coalition. A similar warning during the Gulf War prevented Israel from responding to Saddam’s Scud missile attacks, but Israel had its own red line in Syria, and with the weapons transfer, Assad had crossed that line.

As far back as 2010, Brigadier General (Res.) Nitzan Nuriel, director of Israel’s National Security Council’s Counter-Terrorism Bureau, had warned at the Tenth Annual World Summit on Counter-Terrorism that if Syria transfers WMDs to Hamas or Hezbollah, the SSRC, Syria’s Scientific Studies and Research Center, which runs Syria’s WMD program, should be targeted and demolished by the international community.

The international community failed to act and so Israel took action instead. Syria has now reported that Israel had carried out an air strike against a military research facility near Damascus. It is quite likely that this was a reference to the SSRC.

The Syrian military spokesman claimed that a building had been destroyed and large scale material damage had resulted from the attack. This does not mean that Syria’s WMD program is toast; both attacks were more likely meant as a warning that Israel will not hang around waiting for Obama to act when its safety is in jeopardy.

While information is still being put together and there is much about the attack that we don’t know, the very act has wider implications beyond Syria.

Israel’s biggest red line is still Iran’s nuclear program and while the general consensus in the international community is that despite Netanyahu’s talk of a red line, it will not act, the Syrian strikes are a reminder that Israel always reserves the military option and that when it does act, the results are shocking and unexpected.

With its dense population centers and small territorial size, Israel cannot afford any complacency when it comes to weapons of mass destruction. In the aftermath of its election and the rise of left-wing social justice parties, some observers might have assumed that Israel would be too busy lowering the price of yogurt and urban apartments or wrangling over social benefits to pay attention to the bigger issues. The Israeli Air Force delivered a powerful reminder that the only free state in the region has not forgotten about the threat and it has not forgotten how to act.

Thanks for opening an important thread .

Prayers for Israel’s leaders & her people.

Amen! May the Lord bless and keep them.

I hate the US being on the wrong side. 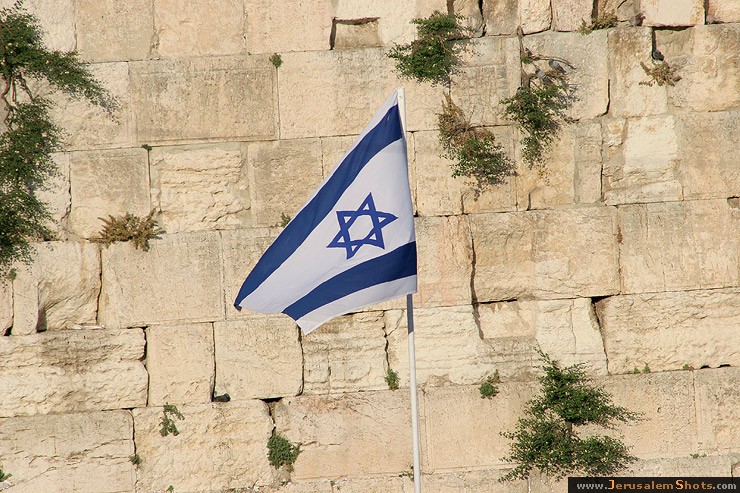