President Obama pushed back against criticism earlier this week that he is too insular and not social enough in Washington. He said simply, “I like a good party.”

Today, he reinforced the message.

Leaving a farewell reception at the Treasury Department for Secretary Timothy Geithner, Obama was asked “So, you like a good party?”

“They didn’t serve any alcohol,” Obama responded with a big grin, as he appeared to munch on something. 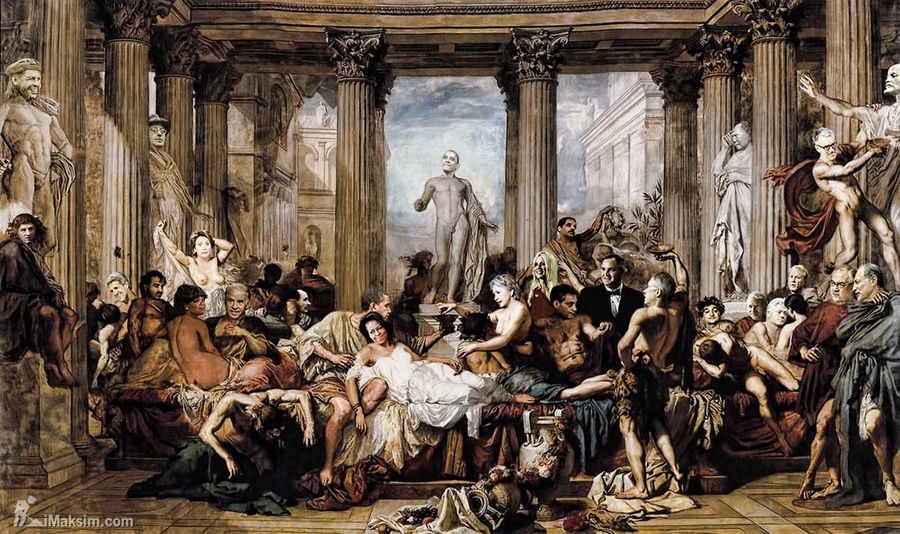 I heard ABC News say the NRA “attacked Sasha and Malia” on the radio today. They are beneath contempt and have yellow journalism down to an art form.

Is that Sen.(the guy John Belushi played in Animal House) in the right corner with the fig leaf crown?

I don’t care who you are; that’s funny!

Saskatchewan and Malaysia are fair game, as the Bush girls were. With all that Taxpayers’ Money guarding them, there’s a need to push back against 0scumbag’s claim that school guard security isn’t an answer to the safety factor. Keep up the pressure. Screw ABC’s “wet fantasies” of making the rules.