For once, Harry Reid held his tongue.

The Senate majority leader had agreed to participate in a conference call Monday afternoon with Interior Secretary Ken Salazar about renewable energy, but it was obvious that the questions would instead be about Reid’s own windiness, and his decision to go nuclear on Mitt Romney last week by suggesting that the Republican presidential candidate didn’t pay taxes for 10 years.

The call’s moderator tried to direct reporters away from Reid’s constantly replenishing verbal energy, saying that the “media are asked to focus their questions on today’s announcement only.” Yet even that was too chancy for Reid, who, just before the Q&A, announced: “I’ve got to go dedicate a new veterans’ hospital now, and, uh, thank you very much. Ken, I’m going to leave the heavy lifting to you. Bye.”

It makes sense that Reid wouldn’t want to be questioned on the particulars of his outlandish accusation that Romney is the tax deadbeat of the decade. But those close to the senator tell me that he’s delighted with the conflagration he sparked last week, and that he is determined to keep it going. This soft-spoken Mormon from rural Nevada is quite deliberately turning himself into the mad dog of the 2012 campaign.

The talk after Reid’s tax broadside was that it was another of his famous verbal gaffes, the latest symptom of a kind of political Tourette’s syndrome that has caused the senator to call George W. Bush a “loser” and a “liar,” Alan Greenspan a “hack,” Clarence Thomas an “embarrassment,” the war in Iraq “lost,” Capitol tourists smelly, and his aides “fat.”

But this is something different for Reid, an extension of a role he assigned himself in 2008 when he endlessly hectored John McCain for missing Senate votes, accusing the Republican presidential 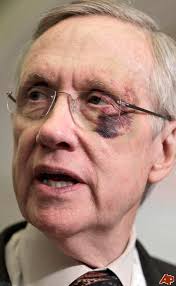 Interesting from the WaPo.

I want to see your tax returns!

3 posted on 08/06/2012 6:23:19 PM PDT by FlingWingFlyer (The NRA did not create James "The Joker" Holmes. Harvey Weinstein's Hollywood did.)
[ Post Reply | Private Reply | To 1 | View Replies]
To: Evil Slayer
"he was already on record saying that the Republican “couldn’t be confirmed as a dog catcher” by the Senate because he hasn’t released his tax returns."

Hey Dana, Reid hasn't released his own tax returns, either. Are you such a poor reporter that you don't know that, or are you so biased that you choose not to report it?

I wish I’d put that mouse on him.

I think Mr. Harry is projecting his hurt feelings from the 2010 election when his son wanted to not use the name “Reid” in his own campaign. (”Rory Reid is doing his best to distance himself from his father,” the Las Vegas Sun reports. “He wants voters to know him simply as: Rory.”). The tell was when he said that Romney’s dad would be “ashamed of him.” Poor Harry, he needs some shrinking. Reid is so mobbed up that he's a walking, talking blackmail puppet. Axlerod could order him to strip naked on the Senate floor and tar and feather himself and he would do so instantly.

Read Freeper Fedora's excellent investigative thread to understand this human slimeball, and why he is willing to be a tool in this libel campaign: he has NO CHOICE. He is a Mafia and Chicago Rat Mob puppet.

Dirty Harry Reid Got $1.1M In Shady NV Land Deals: one example of how it was done.

Dirty Harry Reid is so well known as a Mafia puppet, that he was featured in the movie Casino as "Harrison Roberts." 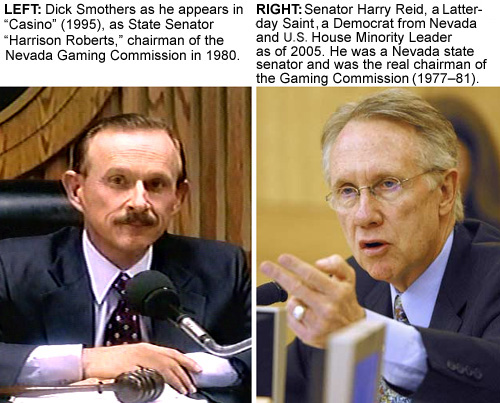 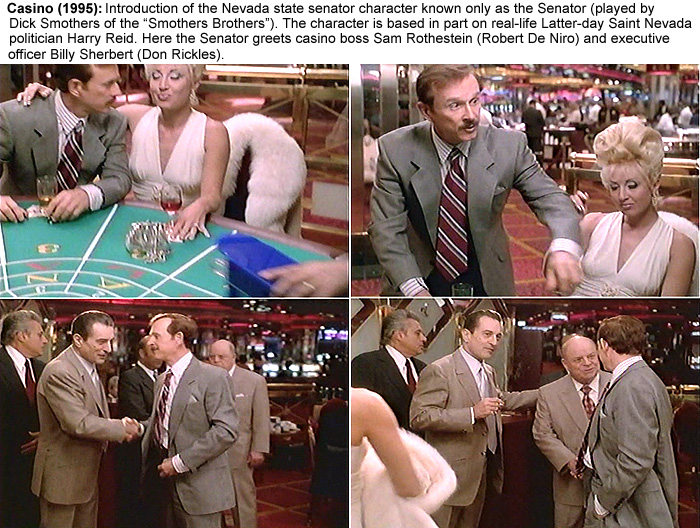 All someone with the public’s ear has to say is, “The President knows that Romney did not avoid 10 years of taxes”. Then Obama will be forced to either agree with Reid and be shown the fool or throw his surrogate under the bus.

Harry reid’s tongue is like an unchained pit bull. It leaves shit all over the place.