He said would save or create 4 million jobs and that the unemployment rate would be below 6% by now.  He failed.

Obama’s spending didn’t stop with the Stimulus of course.   In fact he’s piled up more than $4 trillion of new debt during his first three years with more than a trillion of additional red ink expected this year.

Still the question remains, where are the jobs?  Today more than 13 million Americans that want a job can’t find one.   Another 4 million Americans have given up even trying to find work.  Five million jobs lost in the recession have yet to return.   This has already been the deepest and longest lasting recession since the Great Depression.  Barack Obama squandered trillions of dollars and American’s still wonder, “Where are the jobs?” he promised.

The following graph is courtesy of the House Republican Study Committee (RSC).  It charts the steep decline of the Labor Participation Rate (LPR) from January 2005 to the present.  The LPR represents the number of people employed or looking for a job out of the total age-eligible workforce.   It is an indication of the confidence level in the state of the economy.   It’s not a very encouraging picture, and yet another serious indictment of the failed policies and wasteful spending of this Administration.

From the Republican Study Group:

To put it another way, 36.3% of working-age Americans do not have a job and are not even looking.

Mon, Feb 13 2012
Bernanke Not Fooled by Recent Unemployment Gains
http://www.fxstreet.com/fundamental/analysis-reports/market-pulse-fx/2012/02/13/02/
In his testimony before the Senate Budget Committee last week, Bernanke said that even with an improving outlook, the U.S. economy will grow at a “sluggish” rate for the remainder of the year.

In the Peoples Republic of China.

I was on a Greyhound bus from Milwaukee to Chicago, a Mr. LOW PANTS, with a slang of Ebonics was loud mouthed telling everyone on the bus that Mr. Obama’s program won’t work as the stupid Republicans are standing in the way. So, I guess he knows. He talked like he knew it all.
So what do I know?

“Are You Better Off Now Than You Were 4 Years Ago?”

Did not a GOP candidate win an election by using this question in his campaign?

Barry can tell people anything, then they go home

Too bad for us that they are all in China. 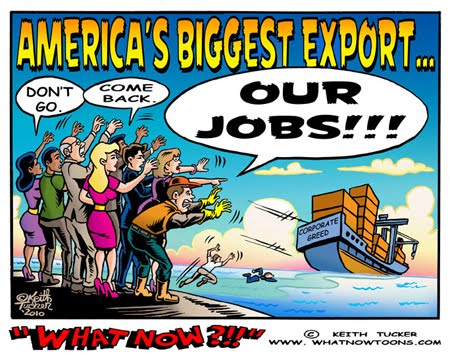 Neither are we fooled, aren’t we?

His total approval number has been around 50% since Jan 2012.

The Jobs that Hussein created are on the shelf next to the pixie dust and behind the fairy wings.

Forget the jobs ... where is the money??

$800Billion pist down a rat hole. Who got it and stuck it tidily away, against their own private rainy day?

Jobs will return when the little man with cheeks of tan is gone.

Yes that was Ronald Reagan who said that, and now we are even worse off, then we were at that time

The only reason I am "better off" is that my car has managed to run well (Ford) and I quit spending as much in restaurants and on stuff. In the past two years I have taken on an additional duty and I LOVE the work. Outside of the poorly run unit at my company, I pretty much need to wait for someone else to retire or die to get the full time positions. And then I am competing with the good people in the poorly run unit. Prior to 2009, there was usually one of these positions open quarterly in my company and between the local "competitors" there was always one of these positions open.

The jobs are in China.

Obama has sent most of our manufacturing base to China. Obama then borrows trillions from China to buy more china products, pay for the healthcare of 40 million illegals

China devalues their currency to steal our manufacturing base. Then China secures U.S. debt to keep U.S propped up and buying more China products.

We are living on debt.

19 posted on 02/18/2012 8:49:18 AM PST by Democrat_media (China is destroying all our jobs and manufacturing ability. China makes everything.)
[ Post Reply | Private Reply | To 10 | View Replies]
All contributions are for the
Current Quarter Expenses.