Catholic pulpits and pews are increasingly inflamed with talk of a war on religion after the Obama administration's recent decision on employers' birth control coverage.

“There can be no doubt that religious liberty in our country is in jeopardy,” Monsignor W. Ronald Jameson warned on Saturday from inside Washington’s historic Cathedral of St. Matthew. “This is the time to speak up. This is the time for all voices to be heard.”

Jameson’s dire warning to the Catholic faithful was focused on the controversial ruling that President Obama made last week, mandating that all employers, as part of the 2010 health care overhaul, must cover in full the cost of female contraception. The Roman Catholic Church, as a matter of doctrine, opposes the use of birth control. In an op-ed published Monday in USA Today, the president’s top health official, Health and Human Services Secretary Kathleen Sebelius, defended the ruling as striking the right balance between respecting religious freedom and providing critical health services to women.

“This is not an easy issue,” Sebelius wrote, adding that the Obama administration had taken pains to make allowances for the church. “We specifically carved out from the policy religious organizations that primarily employ people of their own faith. This exemption includes churches and other houses of worship, and could also include other church-affiliated organizations.”

I'm not sure the Church is really concerned about the Constitution; it is a global, if not universal, religion. IMHO - Obama isn't stupid and he won't endanger his reelection chances. He made this move to extract something from the Church, as opposed to just giving away an exemption. Obama owns the MSM and will control the dialogue. The Church has a history of cutting deals with "state control" oriented people like Obama* and will probably just do that again. Obama knows the history.

Don't be surprised if you see photo's him signing something before the election with Catholic Church leaders standing beside him smiling. The agreement will limit Church power in some way and the Church will get an acceptable exemption. The media will spin it for Obama.

* Yes, Mussolini and Hitler, but I didn't want to upset readers before I made my point. 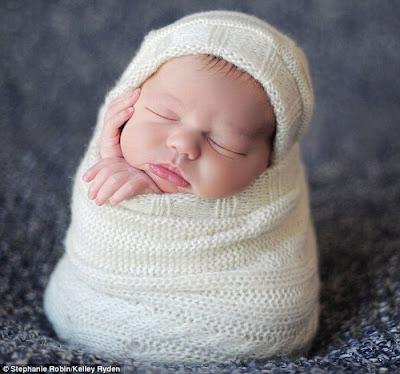 In God We Trust

I keep seeing these ‘Catholic leaders’ show up on MSNBC complaining how they fought to get Obama-care passed while being promised by Obama(specific) exemptions of birth control coverage mandates on Catholic church related employers.

The more I think about their argument the less sympathy I have for them(these specific liberal Catholics) . If you think about it they supported Obama-care mandating that men have to pay for coverage for women's chest x-rays and reproductive services that they don't get, when they thought they would get this specific exemption for birth control coverage mandates.

My message to them : Welcome to the serfs club. Much like those who helped win the communist revolution in Russia found themselves sent to the Gulag.

It could help Santorum or even Gingrich, both Catholics.

My question is: Do the Catholic medical institutions receive federal funding in any way?

If they do, if they take money from the feds - this is what happens. They have to dance to what the feds want.

The Catholic leadership went along with Obama on Obamacare, thinking that they would get an exemption, but now that has blown up in their faces. They made a deal with the devil and this is what they reap.

I know this is a different topic, but this is one reason I’m not sure I like the so-called “voucher” money for school choice. Once private schools take the voucher money, I can see the feds saying they are taking public money and must abide by government mandates.

I think Obama the Universalist and Sibelius the atheist/ Wiccan (? )are going to find the Catholic majority on the Supreme Court is more Catholic than they thought. This is likely to do more to overturn ObamaCare than the individual mandate.

9 posted on 02/07/2012 3:00:50 AM PST by gusopol3
[ Post Reply | Private Reply | To 1 | View Replies]
To: rusty schucklefurd
My question is: Do the Catholic medical institutions receive federal funding in any way?
If they do, if they take money from the feds - this is what happens.

Um, as Mark Steyn pointed out yesterday, filling in for Rush, it doesn't matter whether they take money from the feds or not -- the ruling applies to everyone. Also, since the rules cover insurers as well, there won't be any insurers who can offer anything but the ObamaCare standard.

This is a huge setup. The White House will back down and “win” the Catholic vote once again. It’s just classic. And the Bishops will look like they used their authority — it’s a win-win for Big Church and Big Gov all at once. Sorry to be so cynical but there it is!

11 posted on 02/07/2012 3:44:55 AM PST by browniexyz
[ Post Reply | Private Reply | To 1 | View Replies]
To: Steelfish
Our bishop put a how to vote Catholic flier in our October 2008 bulletins. The most important issues on how a Catholic should vote, according to him, were the issues of universal health care as a basic human right and the recognition that no humans are illegal. Now he doesn't like a provision in obama care. Well he has awakened covered with flees. He is also Joletts problem now. We're waiting for a new bishop.
12 posted on 02/07/2012 3:46:51 AM PST by goodwithagun (My gun has killed fewer people than Ted Kennedy's car.)
[ Post Reply | Private Reply | To 1 | View Replies]
To: LZ_Bayonet

What religious freedoms did the Catholic Church give up to Hitler or Mussolini?

“Could” be a factor?

15 posted on 02/07/2012 5:07:10 AM PST by Campion ("It is in the religion of ignorance that tyranny begins." -- Franklin)
[ Post Reply | Private Reply | To 7 | View Replies]
To: Steelfish
This is only going to "factor in the presidential race" if a fair number of Catholics decide to vote against the pro-abort candidate, even if that is the candidate promising them more of other people's money.

I am skeptical, but not completely without hope.

You must think Obama is the only one who remembers history. Study up on how many Catholics were martyred under the Communists and the Nazis sometime.

FREUD WOULD HAVE A FIELD DAY WITH THIS GUY

Obama is very, v-e-r-y disturbed.......he exhibited the depths of his psychoses with this move against Catholics.

Obama seems to have a deep-seated need to devalue others (and their dearly-held beliefs).......as a way to bring others down to his level.

Devaluing others shores up Obama’s pathetic lack of self-esteem.

an aside: When I was a kid, a parish priest, Father Tony, was a 'guest' at one of Hitler's numerous 'Vacation Camps and Spas'. /s

19 posted on 02/07/2012 5:38:35 AM PST by Condor51 (Yo Hoffa, so you want to 'take out conservatives'. Well okay Jr - I'm your Huckleberry)
[ Post Reply | Private Reply | To 3 | View Replies]
To: Campion
Don't begrudge them another opportunity to rail against the giant Catholic edifice that haunts their imaginations.

I mean, so what if they alienate the numerous Catholics on this site who obviously didn't vote for Obama or support Obamacare? We must be complicit in some way, by failing to influence someone or not "excommunicating" someone else.

It must provide them with some kind of comfort.