Three days after cancelling appearances in South Carolina and returning to Texas to “reassess” his presidential campaign, Texas Gov. Rick Perry released a statement Friday saying he will compete nationwide.

"As my campaign for president moves forward, our superior organization and resources allow me to compete nationwide, where I’m confident our unmatched jobs record, conservative fiscal and social policies, and status as the only Washington outsider can win over Republican voters," Perry said in a news release announcing he had filed paperwork to be listed on primary election ballots in Arizona, Illinois, Ohio, Vermont and Washington, D.C.

Yah, ‘cause splitting the Conservative vote is a good idea.. 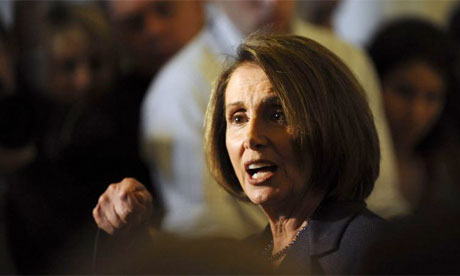 Did he cut a deal with Romney to bleed off votes from Sanorum and/or Gingrich?

Is this a joke?

The best thing Governors can do is quit.

Ron Paul is the spoiler.

“Perry says he will compete nationwide”

He spent how many millions in Iowa (a state that should have been friendly territory for him) only to come in 5th?

I don’t think the good Governor will be around after S. Carolina.

I do not subject myself to anybody’s directives. Heartfelt thanks to Jim for this forum but like I said nobody directs me. Throw me off? Well thats Jims perogative.

He spent a lot of money in Iowa because the MSM was using all their resources to push Romney, as well as keeping the rest of the field off balance — playing musical chairs.

If Perry was able to compete nationwide, you’d think he would have done so by now.

I don't like Perry, but he's not hurting anything at this point.

Do a search on your favorite search engine.