KIRYAS JOEL – A State Police bomb squad early Tuesday evening removed a suspicious package from in front of 303 Forest Road in Kiryas Joel. The package, which was wrapped in duct tape and had wires protruding, was smoking when it was first discovered before 5 p.m.

Emergency responders from the village’s Public Safety and Fire departments were first on the scene. Public Service Director Moses Witriol told MidHudsonNews.com that it appeared to be firecrackers taped together.

Witriol said the scene was secured and everything was under control as first responders awaited arrival of the bomb squad.

TOPICS: Crime/Corruption; News/Current Events; US: New York
KEYWORDS: antisemetism
Don't know what to make of this, given the recent spate of anti-Semetic vandalism down in Brooklyn were these Satmars came from. Ever since the founder of this village, Rabbi Joel Teitlebaum died in 1979, there's been a power struggle among different factions of this sect. This might have been some scare tactic, as of now the police are still investigating.
1 posted on 11/17/2011 11:57:00 PM PST by Impala64ssa
[ Post Reply | Private Reply | View Replies]
To: Impala64ssa
Thanx for the word, "Satmar"

Looking it up fleshed a lot in from the article.

According to the federal govt, this group (in their own exclusive town), is considered a “disadvantaged minority.”

So the internecine warfare going on, is all about which faction will control millions and millions of US tax dollars which your govt rains down on “disadvantaged minorities.”

To read more, go to the PBS web site which did a documentary on the topic.

I had zero idea of what or where a 'KIRYAS JOEL' is so I went to Google Maps. After I zoomed out to see it was in 'upstate' NY, I then clicked on some photos of the Buildings and Houses this "disadvantaged minority" work and live in. And all I can say is if that they're "disadvantaged", then I must be living in a mud hut in Darfur.

(I wonder how many of their kids are down in NYC protesting against 'the greedy rich'?)

LOL. What’re you complaining about? You can’t live there even if you wanted to-—you don’t got the right religious credentials. ROTFL.

Can’t believe you never heard of this place——some of the most infamous international financial crimes of the century are datelined there......as per L/E. 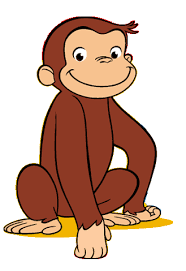 Professor Ralph Stein [Pace]: (Clinton's pardon of four New Square, NY Hasidic individuals for looting the federal govt who then almost unaninmously voted Hillry to the US Senate) is a particularly disgraceful situation that has to be understood in a broader context.

The Hasids (there are different groups each under the autocratic control of a "rebbe") vote as a block. In New York City and two upstate counties, Rockland and Orange, there are large Hasidic communities whose votes can determine local elections and influence statewide contests.

One center of Hasidic territory is the Village of Kiryas Joel which I'm sure all Constitutional Law professors know well. While the First Amendment's protections must be afforded to all, the political reality is that members of the Hasidic community have demonstrated, for a minority within a minority, a startling and discommensurate degree of political muscle.

That muscle is exercised in ways that are legal but disturbing. What has also happened, however, is that some demands by the group to which the four pardoned criminals belong have resulted in government acquiescence at the local level leading to a number of lawsuits, mostly 1983 actions, that have been either decided in favor of the plaintiffs or settled with remedies for the complaining litigants.

I have consulted on several of the cases, one of which is currently pending. Issues of accommodation of this branch of Judaism have been both serious and non-controversial.

For example, police in Orange County have been instructed not to take either offense or action if a female member of that county's Hasidic community will not accept a traffic summons from the hands of a male officer. The police are now instructed to simply put the summons under the windshield wiper.

Obviously, Mr. Clinton will never state that his pardon of the Hasids was in exchange for their support or, more accurately and importantly, that of the community to which they belong. That is exactly what happened here.

Even assuming one can prove that, I know of no statutory violation. The issue with the Hasidim goes beyond seeking the support of the pardoned persons who, in fact, are nobodies beyond being White Collar criminals. It is using the pardoning power to obtain the directed, indeed commanded, support of a bloc that can and does influence elections. In that sense the political process is truly corrupted. --SNIP--

Federal agents converged on the upstate chasidic community of Kiryas Joel last Thursday, sealing off part of the community in an early morning raid to catch an alleged ring of swindlers.The agents arrested nine men, including Mordechai Samet, 40, the alleged ringleader, and later charged 14 people with a total of 68 counts of cheating individuals, banks, insurance companies and the government out of millions of dollars.

Prosecutors say the arrests stemmed from a two-year investigation and that the men, whom they referred to as the Samet Group, created “an elaborate web of false information to carry out” frauds. The men allegedly created phony identities, fraudulent social security numbers and tax identification numbers in order to obtain benefits for non-existent people.

Members of the group were also charged with scheming to obtain over $1 million in fraudulent small business loans, defrauding banks by using counterfeit checks totaling $6 million, and various schemes to defraud life insurance companies, and with credit card fraud stemming from an alleged pyramid scheme.

Authorities charged that men had been carrying out their scheme since 1996, and had used a sophisticated system of telephone voice-mail accounts and post office boxes to avoid being connected to their schemes.The defendants entered no plea when charged in federal court in White Plains last week. A pre-trail hearing is set for April 10.

“This case demonstrates how vulnerable private companies and public entities can be when racketeering enterprises which are versed in finance and business practices use that knowledge to carry out frauds,” said the United States attorney for the Southern District in New York, Mary Jo White, who is prosecuting the case in coordination with the Internal Revenue Service, the U.S. Postal Inspection Service, the Social Security Administration and the district attorneys of Rockland and Orange counties.

Calls to Samet’s home on Tuesday were not answered. His attorney, Suzanne Brody of the federal defender’s office in White Plains, did not return a message left on Tuesday.The raid on Kiryas Joel, a Satmar enclave whose efforts to create a one-district school for disabled children have created a constitutional controversy, began at 6 a.m., when agents disguised as deliverymen entered the town, according to residents.

Access to some streets was denied by agents toting shotguns, said Joseph Waldman, a community activist and clothing manufacturer. He said he and other residents were upset at the extent of the operation used to apprehend alleged white-collar criminals in a community where violence is rare.

A spokesman for the FBI in New York, Joseph Valiquette, said the operation was routine. “Whenever the FBI goes out on an arrest operation, we certainly go with enough agent power to ensure everyone’s safety,” he said. “In this case we were going to arrest eight or ten people from that community. We didn’t do anything in that community that we wouldn’t do on the Upper East Side of Manhattan.” Valiquette said he was aware of no complaints from the community regarding excessive force.Another member of the Satmar community, who lives in Brooklyn but is acquainted with some of the defendants, said he was undisturbed by the agents’ methods.

“Certain people think it has to do with anti-Semitism,” said Isaac Weinberger, a city employee from Williamsburg, Brooklyn. “But I think they were afraid [Samet] would flee. Nobody would blame the agents how they came in. Maybe they shouldn’t have come in at 6 a.m. to wake up children, but it’s understandable.”

Waldman said the arrests had caused the village residents to feel “very sad and ashamed. This gives a very bad name to the community. I hope the accusations are untrue. It doesn’t help this particular community and the chasidic community as a whole.”In addition to Samet, the other defendants are Chaim Hollender and Moses Weiss, both 25; Kalmen Eisenberg, 24; Moses Perl, 34; Hershber Hirsch, 23; Yishrael Leibowitz, 39; Cheskel Samet, 23; Yuda Weiss, 33; David Hershkowitz, 22; Yehuda Steinberg, 30; Joseph Jacob, 32; Aaron Solinsky, 62 and Chaim Wiesel, 33.

The defendants face a range of charges, the most serious being racketeering, which carries a sentence of 20 years, faced by Samet and seven others. Other charges brought against members of the group include money laundering, wire fraud, false statements and bank fraud. The latter charge carries a 30-year sentence.

Although I couldn’t find the article posted above to date it, I believe the activities listed date back to about 1996-—and were prosecuted about 2007........or thereabouts.