WASHINGTON – Rick Perry, after calling Mitt Romney a “fat cat,” today also called on the former Massachusetts governor to release his income tax returns, an indication that Perry will increasingly make an issue of Romney’s wealth in the Republican presidential primary.

The strong charges from Perry are striking coming from a candidate who himself two months ago accused President Obama of “trying to engage in class warfare and shooting high-powered bullets at people who have corporate jets.”

Now, as Perry tries to gain an edge on Romney – by far the wealthiest candidate in the race – the Texas governor is criticizing his wealth as a way to cast him as out of touch.

“Governor Perry has always released his tax returns and Mitt Romney and the other candidates should do the same,” Perry spokesman Mark Miner told Politico earlier today.

Perry has voluntarily released his tax returns going back to the 1980s. In his most recent returns, he reported nearly $217,500 in adjusted gross income in 2010, and $51,000 in federal taxes, according to the Texas Tribune.

Romney has never released his tax returns, and has declined requests to do so this year. His total worth is estimated at $190 million to $250 million, according to his personal financial disclosure statements and his campaign. 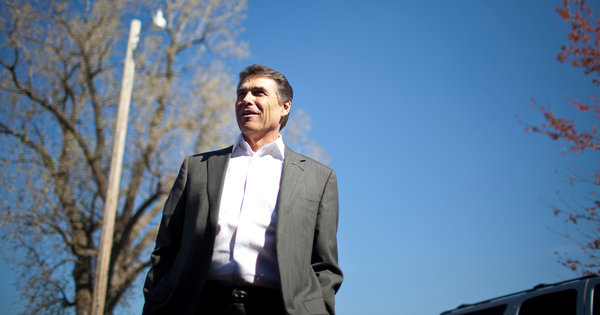 Perry Looks Outside His Circle to Boost Campaign

Class warfare by a “conservative”, very nice. I don’t like Romney at all, but this is not going to help Perry.

Rudy Giuliani asked Mitt Romney the same question in the 2008 CNN debate that Rick Perry asked him during the CNN 2011 debate -- Mitt lost it both times.

Funny Accent Mitt Romney, discussing reports illegal immigrants did landscaping at his home: It would "not be American" to check workers' papers simply because they have a "funny accent." [acknowledges need for giving health care and education to illegals]

Sound familiar? Mike Huckabee, replying to Romney's criticism of providing college scholarships to children of illegal immigrants: "In all due respect, we are a better country than to punish children for what their parents did."

At the same debate: John McCain: "We must recognize these are God's children as well. ... I will enforce the borders first. But we won't demagogue it."

I don’t like RINOs either, but a class warfare/circular firing squad is not a great idea IMNSHO.

perry and romney are going to destroy each other.

That’s fine by me. Get rid of both of them so we can nominate a conservative.

7 posted on 10/25/2011 12:40:07 PM PDT by perfect_rovian_storm (Perry's idea of border control: Use both hands to welcome the illegals right in)
[ Post Reply | Private Reply | To 6 | View Replies]
To: All
Faculty Lounge - A tale of Sherpas and superstars [Perry's Higher Education Reform] ….”What Governor Perry actually proposed was this: 1) Students’ evaluations and some other information about faculty performance should be made public; 2) The best teachers should receive bonuses, based in part on students’ ratings; 3) The research and academic budgets should be separated, with teachers paid according to their teaching duties and researchers paid in proportion to the funding they attract; 4) Faculty should have to show that they can in fact teach before they are granted tenure; 5) Students should receive a personalized “learning contract” upon enrollment, along with information about the graduation rates and average starting salaries for students with the same major and comparable SAT scores; 6) Legislative appropriations should go to students directly rather than to the universities; 7) The universities should support an effort to develop a new national accreditation program that would evaluate institutions on measurable student progress.

You’d think that No. 6 would be the deal-breaker — it would have voucherized higher education, forcing the universities to compete for students and the dollars they bring with them, rather than treating students like not-entirely-welcome guests who are privileged to be at the party. But the reformers didn’t even make it that far down the list: No. 1 sent academia into fits.”……

Perry is no RINO.

Establishment GOP is still pouting and once Romney is down they'll fall in line: Lone Star GOP slow to endorse Perry

I agree. We have enough democrats playing the class warfare card. Perry needs to tell me what he is for and not attack fellow Republicans.

Sorry for my lack of clarity. I meant ROMNEY as the RINO, who should be opposed without giving the Dems a class warfare club with which to beat us.

Perry knows Romney is going to come at him any which way he can — dirty will be redefined. Perry is going to push first. imho

I don’t care what Perry is as long as he takes down Romney.

IF you'd rather NOT be pinged FReepmail me.

IF you'd like to be added FReepmail me. Thanks.

The DEMS are already beating us around the head and neck with a truck load of those clubs. They aren't going to wait on us.

This will be instructive on how Perry will go after Obama. He's going to go after Obama 24-7 up until election day but he needs to beat Romney first. Romney and his RINO backers aren't going to go down easily. Just like they didn't want to go down last time around in Texas when Perry beat Sen. Hutchison in the primary. Then Perry went on to beat the Dem challenger and ushered in a GOP super majority.