Rep. Joe Walsh (R-Ill.) said the media protect President Obama and will work to get him reelected because he is black.

“This guy pushed every one of the media’s buttons,” Walsh said in an interview with the Media Research Center. “He was liberal, he was different, he was new, he was black. Oh my God, it was the potpourri of everything.”

Walsh was responding to a question from Media Research Center President Brent Bozell about the “race warfare games” of the Obama administration.

“They are so vested in our first black president not being a failure that it’s going to be amazing to watch the lengths they go to to protect him,” Walsh said. “They, I believe, will spout this racist line if some of their colleagues up here aren’t doing it aggressively enough. There is going to be a real desperation.” 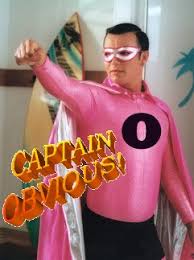 Video at the link.

I WAS going to post the same words!! Captain Obvious!!

Joe Walsh is dead on correct, but he will be punished by that very same media for telling this truth

Pushing thier agenda with the first black president as thier shield. You’ve been had by the very party you supported for years, enjoy

For those of you who are not familiar, it is the story of a bright law student attending Harvard Law School in the early 1970's, and the incredible drama and conflict that exists between him, the demanding academic requirements, and a brilliant but tough law professor (Prof Kingsfield) played by John Houseman in what was the dramatic masterpiece of his life's work.

The law students study at all hours, and the standards are very high. Only the exceptional make it through. There are no easy fences to cross. Intellectual achievement is the baseline, not the ceiling. No quarter is given - if you can't "make the grades" you are out.

One of the YouTube comments said something like: "Ahhh...pre-affirmative action days....can you imagine Michelle Obama surviving in Professor Kingfield's classroom? No? Neither can I." And, that's that. We know the Obama's are nothing but affirmative action, race baiting frauds.

Barry and Michelle could not have come withing 100 miles of Princeton and Harvard if it wasn't for their perpetual whining and skin color. Neither of them can think their way out of paper bag, but more than that, both of them are really awful people.

Now, we are stuck with a diamond wearing vacation addicted maniac, and a narcissistic incompetent who thinks he is President of the World.

They also protect him because he is a Marxist.

Why even bring up race? Joe Walsh is an idiot for bringing this up. Yes the media protects 0bama because he’s a liberal democrat, but if he were a black conservative the media would not protect him.

I also wonder if Saudi money helped grease the skids for Obama to get into Harvard? How much money would they have given Harvard to take in this fraud?

Black and Liberal are not the same as Black and Conservative.

The media have a double reason to protect and promote Obama. They don’t care if he destroys this nation, as he is now doing.

Herman Cain is black. He is NOT protected. Period.

Houseman was GREAT in the original ROLLERBALL.

Man, check out the hair in the middle of that classroom pic!

Watch him get ripped. For telling the truth.

Isn’t that Art Garfunkel with the hair in the class pic???

“Why is this over the hill moron on fox?”

He’s such a self-absorbed dolt, in the same league as O’Reilly. A shallow thinker — probably from excessive drug use back in “the day” liquifying his brain. One day this week, the show focused on his hair and his new sunglasses. “Do you like ‘em? What do you think?” Me. Me. Me. Then, when a guest was discussing something important, Imus interrupted with something about his fat, over-indulged, smart-mouthed kid, Wyatt. (That kid’s gonna be trouble some day.)

My reaction exactly. This guy will be turned every way but loose by the media.

Imus looked like Bea Arthur in Boca with the hair and sun-
glasses.His son will never be not protected or will always
be with his own kind,or he’d be in real trouble!

This is more like Captain Obvious’ side-kick (too early to think of a clever name). It’s obvious to us, on this site.