Exposure to the light of white LED bulbs, it turns out, suppresses melatonin 5 times more than exposure to the light of High Pressure Sodium bulbs that give off an orange-yellow light. "Just as there are regulations and standards for 'classic' pollutants, there should also be regulations and rules for the pollution stemming from artificial light at night," says Prof. Abraham Haim of the University of Haifa.

"White" light bulbs that emit light at shorter wavelengths are greater suppressors of the body's production of melatonin than bulbs emitting orange-yellow light, a new international study has revealed.

Melatonin is a compound that adjusts our biological clock and is known for its anti-oxidant and anti-cancerous properties.

The study investigated the influence of different types of bulbs on "light pollution" and the suppression of melatonin, with the researchers recommending several steps that should be taken to balance the need to save energy and protecting public health.

"Just as there are regulations and standards for 'classic' pollutants, there should also be regulations and rules for pollution stemming from artificial light at night," says Prof. Abraham Haim, head of the Center for Interdisciplinary Chronobiological Research at the University of Haifa and the Israeli partner in the research.

The fact that "white" artificial light (which is actually blue light on the spectrum, emitted at wavelengths of between 440-500 nanometers) suppresses the production of melatonin in the brain's pineal gland is already known. Also known is the fact that suppressing the production of melatonin, which is responsible, among other things, for the regulation of our biological clock, causes behavior disruptions and health problems.

In this study, conducted by astronomers, physicists and biologists from ISTIL- Light Pollution Science and Technology Institute in Italy, the National Geophysical Data Center in Boulder, Colorado, and the University of Haifa, researchers for the first time examined the differences in melatonin suppression in a various types of light bulbs, primarily those used for outdoor illumination, such as streetlights, road lighting, mall lighting and the like.

In the first, analytical part of the study, the researchers, relying on various data, calculated the wavelength and energy output of bulbs that are generally used for outdoor lighting. Next, they compared that information with existing research regarding melatonin suppression to determine the melatonin suppression level of each bulb type.

Taking into account the necessity for artificial lighting in cities, as well as the importance of energy-saving bulbs, the research team took as a reference point the level of melatonin suppression by a high-pressure sodium (HPS) bulb, a bulb that gives off orange-yellow light and is often used for street and road lighting, and compared the data from the other bulbs to that one.

"The current migration from the now widely used sodium lamps to white lamps will increase melatonin suppression in humans and animals," the researchers say.

The researchers make some concrete suggestions that could alter the situation without throwing our world into total darkness, but first and foremost, they assert that it is necessary to understand that artificial light creates "light pollution" that ought to be addressed in the realms of regulation and legislation.

Their first suggestion of course, is to limit the use of "white" light to those instances where it is absolutely necessary. Another suggestion is to adjust lampposts so that their light is not directed beyond the horizon, which would significantly reduce light pollution. They also advise against "over-lighting", using only the amount of light needed for a task, and, of course, to simply turn off lighting when not in use - "Just like we all turn off the light when we leave the room. This is the first and primary way to save energy," the researchers say.

"Most Italian regions have legislations to lower the impact of light pollution, but they still lack a regulation on the spectrum emitted by lamps. Unless legislation is updated soon, with the current trend toward sources as white LEDs, which emit a huge amount of blue light, we will enter a period of elevated negative effects of light at night on human health and environment. Lamp manufacturers cannot claim that they don't know about the consequences of artificial light at night," says Dr. Fabio Falchi of ISTIL.

"As a first step in Israel, for example, the Standards Institution of Israel should obligate bulb importers to state clearly on their packaging what wavelengths are produced by each bulb. If wavelength indeed influences melatonin production, this is information that needs to be brought to the public's attention, so consumers can decide whether to buy this lighting or not," Prof. Haim says. 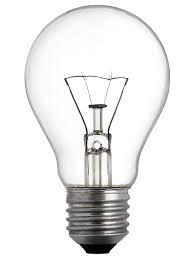 I have a better idea, Dr. Haim - How about you buzz off and just let people use whatever light bulbs they jolly well feel like using?

Given that our own government is forcing us to change our lighting methods, we could hypothesize that they are trying to cause premature death by pushing LED lighting on us.

Some degree of regulation used to be a good thing. But not with the Commie nuts who are running things these days.

But people need to know about this. And since it also affects dogs and other animals, probably something needs to be done about it.

I find blue-white LED light intolerable. Worse than the early compact flourescents. But I think eventually they can produce combinations of LED bulbs that produce a decent color, and presumably don’t cause this problem.

This isn’t the bulb the govt is pushing.

The government is pushing compact flourescents—CFLs. I actually wonder if this story wasn’t planted by CFL manufacturers, as LED bulbs are their main competition.

If I were into conspiracies, perhaps the supports of these light bulbs want the masses to become sleep deprived and easily agitated.

“there should also be regulations and rules...”

Why am I not surprised?

Does anyone know if the OttLite® falls into this category? They are promoted in craft stores for good color vision, and I have been considering buying a couple of them.

11 posted on 09/12/2011 8:03:36 AM PDT by Albion Wilde (To ACLU & its plaintiffs: Stop dragging the public into your personal struggle w/ God. -Mark Baisley)
[ Post Reply | Private Reply | To 1 | View Replies]
To: Red Badger; Egon
I can see, from an industrial workplace standpoint, how the wavelength of the installed lighting in an office might be a consideration. We used to use tungsten bulbs, but they were almost entirely replaced by blue-white fluorescents in the office. Then there were "daylight" and "GroLux" variants. Halogen bulbs came along for reading lamps.

The point of the article is to consider the effects of different light sources on the biological clock. Sounds like a long-overdue study. Office workers, especially shift workers, are impacted daily by the light source choices of the architects.

So, what did humans do before the invention of the light bulb? Was there no Melatonin?

Bring on the insomnia.

Before lightbulbs humans used sunlight when available and firelight at other times ,and slept(or whatever) when it was dark.

I think the professor is saying yellowish light is more natural and doesn’t adversely affect the body.

Incandesent bulbs are probably better for your eyes and over all health than any of the strobing,flickering technological marvels.

16 posted on 09/12/2011 8:21:24 AM PDT by hoosierham (Waddaya mean Freedom isn't free ?;will you take a credit card?)
[ Post Reply | Private Reply | To 14 | View Replies]
To: Red Badger
Sounds like some alarmist is pushing for legislation before we even fully understand the problem, or what the solution should be.
There is too much of that nowadays.
Can we install lights in the legislative chambers to make them less hyperactive?

Well, that would fix social security.

then why are northern Amerindians rather dark?