DALLAS -- Diones Graciano-Navarro has been arrested at least 40 times in four states.

His rap sheet had humble beginnings with charges of loitering in New York City in 1975. In New Jersey, he graduated to fraud. By 1988, he was in California. He was charged with obtaining money by fraud or trickery. Later came cocaine possession.

The Dominican Republic native was deported twice. But he slipped back into the U.S., settling in North Texas, where in 2004 he started collecting DWI and marijuana possession charges.

Almost half of the nearly 393,000 immigrants detained by Immigration and Customs Enforcement who were deported last fiscal year had criminal records. But Graciano-Navarro, 63, is not the best poster child for the Obama administration's recent victory laps over increased deportation of criminal aliens who shouldn't have been in the U.S. in the first place.

Instead, the Graciano-Navarro case highlights the difficulty of keeping "crimmigrants" out of the country. It took decades for the system to evolve, and Graciano-Navarro ran free in post-9/11 America for most of 10 years before the system caught up with him.

In March, he began serving a sentence at the Tarrant County jail for DWI. The U.S. Department of Homeland Security flagged him for special attention: Graciano-Navarro pleaded guilty to illegal re-entry after deportation, a federal charge sought against aliens who have re-entered the country illegally after previously being deported.

"This guy was arrested over and over and over again," said Jessica Vaughan, director of policy studies at the Center for Immigration Studies in Washington, D.C. "Those are victims who shouldn't have been victims. ... Having these different penalties is one way to make it less attractive for people to come back."

Seems to me that it would be far more cost effective to secure the freakin border in the first place. 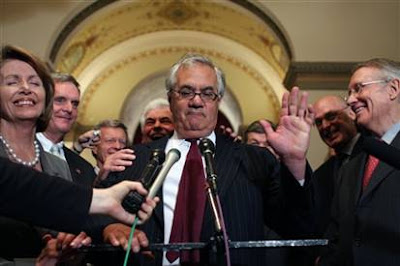 I guess you get one free illegal entry....

What’s amazing to me is that we’ve got 50,000 people for every mile of land border. The idea that we can’t afford to secure 35 yards for every 1000 people is ridiculous. You know the cost is a pittance compared what every 1000 people have to pay in coverage for the 70% of illegal immigrants who are one welfare.

This is not a government, this is a bunch of Union boss losers.

I predict only enough incarceration to give Obummer's folks a cxhance to figure out how to put him on doubled Social Security benefits...

They need to have the word “DEPORTED” tattooed across their foreheads in big, block letters. Then there would be no question when they’re confronted by authorities. Of course, I’m sure that some illegal alien groups would claim that THIS is illegal profiling... “Just because it says “DEPORTED” on his forehead doesn’t mean he’s an illegal alien!”

In that case an Obama government department would offer free tattoo removal services for illegal aliens!

I can't understand why someone hasn't taken this bastard out behind the barn and shot him? Surly, he has tried to "escape" at least once.

Take him out back and shoot him now- before some liberal judge sets him loose on a frivolous appeal.

After deportation #10, they should just start cutting bits off with each subsequent deportation.

So on and so forth. By the time lop off opposable thumbs, I don’t think re-entry is going to be a problem for us after that.