TOPICS: Culture/Society; Government; War on Terror
KEYWORDS: propaganda; tsa; tsapervs
This is a page from the book "Olivia Goes to Venice" by Ian Falconer.

Looks like a blatant attempt to get kids to accept the groping that we have seen over the past year.
1 posted on 07/08/2011 6:50:34 AM PDT by Minus_The_Bear
[ Post Reply | Private Reply | View Replies]
To: Minus_The_Bear
"All animals are equal, but some animals are more equal than others"

You have to be kidding!

Does the adult version say “The TSA lady patted her chest and put her fingers down Olivia’s pants. Olivia felt a tingle run down her leg..”

They WANT the adults to know EXACTLY what is going on.

At least they got the right animal for the job!

5 posted on 07/08/2011 6:59:04 AM PDT by Big_Harry (Ecc10:2 "A wise man's heart is at his right hand; but a fool's heart at his left")
[ Post Reply | Private Reply | To 1 | View Replies]
To: Minus_The_Bear
Weird. I was just in Rome. I walked off the plane a very nice young man sitting in a booth welcomed me asked to see my passport stamped it and we were on our way.
When we left, we did go through security. We did not have to remove our jackets or shoes. There was a bucket to put our stuff in, we did not have to separate into neat little piles. Walked through the machine and the Italian inspectors said, we hope you enjoyed your trip to our country, come back soon. Oh, yea nothing to to with TSA but in Rome you are not arrested if you walk down the street or go to a park or sit by a fountain with a glass of wine. Not one sign telling us to recycle or we would die, there were recycling bins next to every trash can. Also every adult was willing to tell children that were walking out in the street with cars coming to step back with out fear the police would be called. I loved Rome.
6 posted on 07/08/2011 7:00:30 AM PDT by svcw (democrats are liars, it's a given)
[ Post Reply | Private Reply | To 1 | View Replies]
To: Minus_The_Bear
she was very pleased

This is creepy, the agenda seems to be more than just security. This form of government is foreign to us. 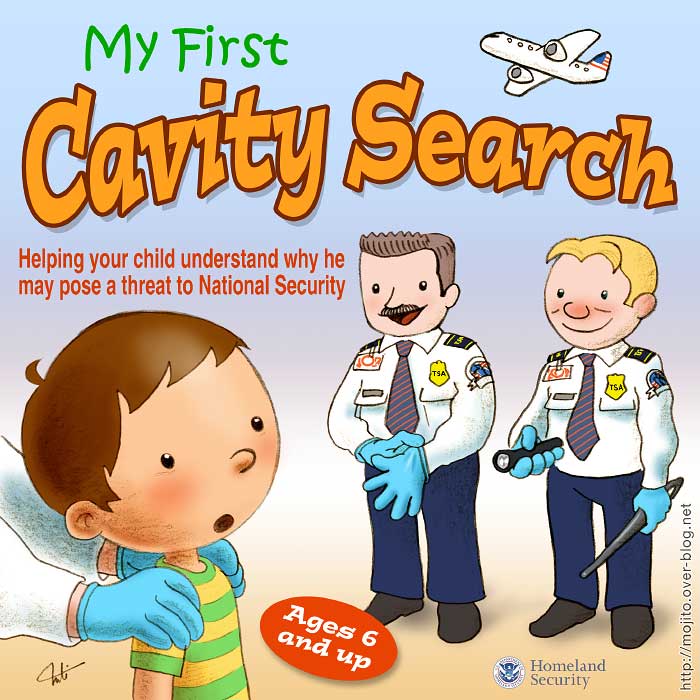 It used to be foreign. It is reality. I give less than five years before these scans are made public at toll booths.

I would have posted that if you hadn’t already!

People are not realizing that throughout the country cameras at intersections has become more prevalent, even though they do not make money for the state.

I’m sitting at the airport, having just gone through security. I’m feeling playful today, so I danced to the backscatter machine, struck a pose, and started singing “I’m a little teapot.”

The gal looked really disappointed that the no-names in the little booth didn’t pull me for secondary screening. Humorless bunch, they are.

It was obvious the Sheeple would empower the Fed Government in their quest for totalitarian socialist power. I expected it. I expected that Americans would be marched off to the Gulags.

I never expected it to occur in my lifetime. I am 52 years old and thought socialism would continue to creep and harden as the Marxists continued their irresistible incremental successes. I had no clue the huge leap government tyranny would take all at once. You can’t blame Obama for this one. Baby Bush created the TSA. Socialism comes from both sides of the isle.

I am so damn thankful I will be dead in a few decades and won’t live to see the coming US government oppression. Your kids, grandkids, and further beyond are really going to suffer in the USA. They are going to work ceaselessly just to hand most of their money over for bums and slackers to live off the sweat of their back, while they know little freedom and have every aspect of their lives regulated by a tyrannical government.

Thank you Lord that I was born before this despicable evil took place and my prayers go out to all of the millions of American’s who will never know freedom but will have to endure under this tyrannical totalitarian oppression.

I have nothing but hatred for the liberal jackasses who vote Democrat and give political power to the Marxists solidifying government oppression. At least when conservatives screw up and vote for a socialist, we tend to correct the mistake down the line.

What you can do (besides being outraged)


Also contacted Amazon.
I contacted both Corporations and this is my statement:


I was quite disturbed to view the recent release of “Olivia Goes To Venice”. I currently own over 4,000 books and maintain a much larger library with future expansions planned.

However there will be no purchases from either of your firms nor any book published by the following groups based on the poor judgment shown in allowing this type of information to be disseminated.

I am of course referring to the approval of removal of Liberties from individuals through the mindset of “searching children for weapons”.

I also plan to petition every Public Library and School System in my state to remove this book if found on the grounds that Indoctrination of young children is counterintuitive to the Founding Fathers concept of Liberty.