A UCC Minister’s Response to Burning the Qur’an.

There are some things that really get under my skin. One of those things is religious intolerance, be it from Christians, Muslims, Jews, Agnostics, Pagans, Pastafarians, or the like.

Larry Reimer, a minister of the United Church of Gainesville, has decided to read scripture from the Qur'an in worship service in response to a local Qur'an burning. It’s good to know that I’m not the only one, then, who sees Gainesville, Florida’s Dove World Outreach Center’s plan to burn as many copies of the Qur’an as possible a stab in the heart to groups of religious followers that care about tolerance. Larry Reimer is a minister at the United Church of Gainesville, a deep advocate of civil rights, and the man responsible for what seems to be a very intelligent response to Dove’s outlash at Islam.

“If they can burn it, then we can read it,” said Reimer from an armchair across from mine in his office, lined with bookshelves and photos from many events canvassing the years. On a side table next to me, there’s a statue of the Buddha, along with various other spiritually-themed trinkets that seem to indicate that this office does not belong to a spiritually firm-handed man.

Reimer, along with other Gainesville religious leaders, will read scripture from the Qur’an as part of worship services on Sunday, September 12.

When asked about how he came about with the idea, “Almost right away, members of the congregation here asked me, ‘what are we going to do about this?’ Originally, I had the intention of giving [Dove Center] no more attention in the media. But as I thought about it, I asked myself what we could do that would be effective and proactive in promoting cooperation among our religious relatives.”

I prodded further about religious relatives. “Christianity, Judaism, and Islam are all part of the Abrahamic tree of faith. We all believe in the same God, and in many aspects we are all trying to accomplish the same goals. And in Islam, there are things that I think any follower of any other religion could learn from. Take prayer, for example. In Islam, one prays at least five times a day. The discipline to do that? Few of us have it. And like Christianity and Judaism, there is a strong call to love God and your neighbor.”

We chat on for a bit about the differences and similarities that each of the Abrahamic religions have when he says to me, “You know, we learn best from our rival siblings. We might not always agree with them, but they always point out our shortcomings. And in the end, we have the most in common with them. We pull from one another and make each whole.

“Look at FSU and UF, or Michigan and Ohio State. All students who grew up together, went to the same high schools, and in reality should be the most understanding of one another. Now that they’re on opposite sides of the stadium, they act like they have nothing in common. But they do, and if each member stopped for a minute and thought about it, they would realize they’re the same students, with the same dreams, looking and hoping to do the same things when they graduate.”

Then I ask him why he thinks these negative attitudes toward Islam exist. “The average American inherently assumes that Islam is violent and decidedly anti-American because we haven’t taken the time to experience Islam from an individual perspective or as a faith up close. A friend of mine was in Egypt when news of Dove Outreach’s Qur’an burning hit, and he told me that it was represented as mainstream Christianity, much in the same way that the violent acts we hear about here are represented as mainstream Islam. Here, Islam is still associated with terrorism. The acts of September 11th were not acts that were Islamic in nature. They were acts of fanatical extremists. And fanaticism is not confined to any one faith. I think that there’s no better time than September 12th to remind ourselves of this, and to read from Qur’an in worship to point out how much we really do have in common.”

Then I asked him the big one. If you could preach to the members of Dove Outreach Center for even five minutes, what would you say? “The danger to our faith comes not most from outside, but from the shadows within. We must pay attention to our neglect to look at ourselves, instead of automatically pointing the finger elsewhere. God’s call is for constant opening.”

Already, Larry has been interviewed for the New York Times. As of now, Fifteen religious leaders in Gainesville have agreed to share verses from the Qur’an on Sunday, September 12th. And he thinks that more will follow. “I’m not trying to make this a national or international event, but I feel that those who understand that allowing [the Qur'an burning] to pass silently by allows Dove Outreach to win in the fight against tolerance and religious compassion will stand up and share scripture from the Qur’an.”

Not a moment too soon. In the words of German poet Heinrich Heine written in 1820, now enshrined on a plaque at the site of Nazi Propoganda Minster Joseph Goebbels’ book burnings, “There, where they burn books, they will in the end burn people.”

TOPICS: Constitution/Conservatism; Culture/Society; Government; News/Current Events
KEYWORDS: antichristian; apostasy; cult; cultureofcorruption; doveworldoutreach; interfaith; koran; larryreimer; religion; ucc Navigation: use the links below to view more comments.
first 1-20, 21-40, 41-46 next last
In some Christian denominations and local churches, the worship of Christ has been replaced by the worship of tolerance.
1 posted on 09/07/2010 10:48:20 AM PDT by mbarker12474
[ Post Reply | Private Reply | View Replies]
To: mbarker12474

It may be in that church that the Koran is read more than the Bible.

Is he going to read the good parts, about killing infidels?

The road to hell is paved with good intentions. 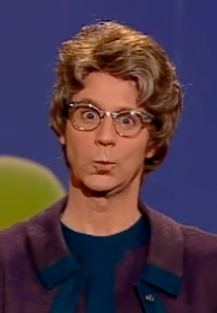 Any religion consisting of idiots that go to war when their religion is slighted deserve no respect.

And - if that religion was founded by a child molester, that makes the lack of respect even more justified.

Sorry, I just do not give a smelly Obama for Islam.

Used to halfheartedly respect it.

You have that right!!

This confuses me. If he doesn’t think Christianity is correct, why is he Christian?

So is the road to Sharia.

9 posted on 09/07/2010 10:54:29 AM PDT by Pecos (Liberty and Honor will not die on my watch.)
[ Post Reply | Private Reply | To 4 | View Replies]
To: mbarker12474
There are some things that really get under my skin. One of those things is religious intolerance, be it from Christians, Muslims, Jews, Agnostics, Pagans, Pastafarians, or the like.

Then how about writing a screed against the Saudi Islamic state's prohibition all religious texts other than muslim texts? How about denouncing Saudi Arabia's death penalty for non-muslims who dare enter the segregated cities of Mecca and Medina?

When the capital of the Islamic empire is deeply intolerant of other faiths, you can expect a cold shoulder for the moderates who say nothing about that intolerance.

If I went to such a church, I would loudly announce “I’m outta here!” and I’d make for an exit once the Koran reading started.

Bowing to Mohammed's capital of Islam 5 times a day serves the empire, not God.

Do not be yoked together with unbelievers. For what do righteousness and wickedness have in common? Or what fellowship can light have with darkness? What harmony is there between Christ and Belial[a]? What does a believer have in common with an unbeliever?

what are ‘Pastafarians’? Jamacains that get stoned and eat spaghetti?

The UCC’s real symbol is the hammer and sickle, not the cross. It was one of Clinton’s main accomplices in the kidnapping of Elian Gonzales. The Rev Wright’s secret mosque, aka “church,” is also UCC.

Be sure you read this, Rev:

Christians will be burned in the Fire. 5:72

Whoever says Muhammad was black must be killed…(Ash-Shifa, Tr. Aisha Abdarrahman, 2004)

Ahmad ibn Abi Sulayman, the companion of Sahnun said, “Anyone who says that the Prophet was black should be killed. (ibid, p.375)

Christians are wrong about the Trinity. For that they will have a painful doom. 5:73

Give tidings (O Muhammad) of a painful doom to the rich and greedy Christian monks and Jewish rabbis.9:34

Scourge adulteresses with 100 stripes. Do not show them any pity. Have a party of believers watch the punishment. 24:2

Sura 33 “And he bequeathed to you their lands, their homes and their possessions, together with land you have never trodden” (33.27) .

“Be patient with unbelievers until you have strength” (86.17).

Quran 3:28 Don’t have unbelieving friends unless it is to deceive them. Remember the final goal is to Allah.

Allah is the Law-giver; He appointed Muhammad to implement the only correct laws (Sharia laws)…45:18

Quran 9:33 ISLAM WILL PREVAIL OVER ALL RELIGIONS

18 posted on 09/07/2010 10:58:39 AM PDT by a fool in paradise (I want IMPROVEMENT, not just CHANGE.)
[ Post Reply | Private Reply | To 1 | View Replies]
To: mbarker12474
There are some things that really get under my skin. One of those things is religious intolerance, be it from Christians, Muslims, Jews, Agnostics, Pagans, Pastafarians, or the like.

This would be even more powerful if in a joint show of religious tolerance, a Mosque in Saudi Arabia, Jordan or Iran read a passage from the Bible at the same time. Maybe you could fly over there and set that up Jerry.

Comparing a football rivalry with the clash of civilizations is a measure of just how shallow the gene pool has become in the religion business. The failure to discern critical differences is a hallmark of incompetence and this screed is no exception.

In fact, as you imply, "tolerance" is not a serious virtue as it tends to blur these critical differences in the service of basically no good end. When will pusillanimous preachers like this UCC phoney focus on the lack of tolerance by the moslem "faith." It does not just burn books(although they have burned plenty of Bibles), it kills people. Maybe the frauds at the UCC ought to consider which side they want to be on after all.