A Health-Care Showdown In Massachusetts
Newsweek ^ | July 18, 2010 | by: Kevin Robillard

Massachusetts, which has already been the model for the national health-care overhaul, recently gave its regulators the authority to strike down excessive rate hikes—and the result was a nearly 90 percent rejection rate.

If the same blunt approach is applied nationally, insurers may pull out to focus on more profitable market segments—and the promise of universal access could crumble. exactly what Hussein and dems want....they will then blame the insurance companies for under serving the markets and call for single payer. Nice two step.

So sad to see what is happening to this once great nation. Can we turn this around? If so, will we?

They snuck in the 1099 scam. All transactions of over 600 must be reported by 1099. Including gold, silver and firearms.

I am a retired insurance broker and still licensed. Companies are already pulling out and concentrating more on life and other acillary insurance benefits. Our health care is soon going to resemble Cuba. What a disaster.

It’s been a long time since I’ve moaned about the fate of the nation. The voters have been streaming into the booths eyes wide open and making intentional choices for decades now. American politics are dominated by a feminine skew (shown in every poll and election wrap-up study) that shirks self-reliance and demands government dominance of daily life.

The country has gone - not going - off the rails.
It is the result of a deterioration of character and morals. I don’t expect to see any quick turnaround. 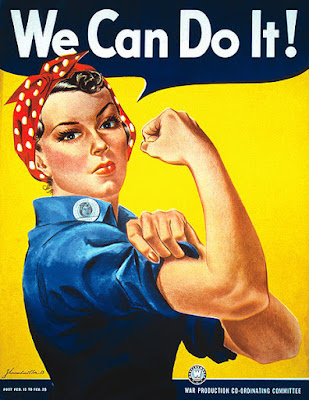 “Our health care is soon going to resemble Cuba. What a disaster.”

Health insurance is not healthcare.

The difference from today will be that if you want health care, you’ll have to pay for it.

Health insurance is needlessly expensive and regulated with everyone getting “their cut” from every premium dollar, indeed, you know that better than most.

In the end, short of the government making it illegal for someone sick to pay a doctor for treatment (not out of the realm of possibility), we’ll have a better system when people pay for what they want - which will better correlate with what they “need” than the present insurance debacle.

in the end, this is what makes insurance so expensive - regulation, coverage mandates, middlemen, and folks not knowing the financial difference between “need” and “want”.

8 posted on 07/18/2010 7:31:21 AM PDT by mrsmel
[ Post Reply | Private Reply | To 5 | View Replies]
To: Oldeconomybuyer
I am in the Health Care industry. My job will be cut in half in terms of workforce as the Obama Admin and their collaborators in Health Care have already announced that many preventative tests are not needed. The bulk of my work is in early cancer detection. Couple that with crashing the Health Insurance industry and the unemployment numbers will skyrocket. But Obama doesn't really care about unemployment. It hasn't hurt him yet. I sincerely HOPE it hurts him in November. We really need to CHANGE the direction of our country!
9 posted on 07/18/2010 7:34:58 AM PDT by originalbuckeye
[ Post Reply | Private Reply | To 1 | View Replies]
To: screaminsunshine

Thats a great way to start a thriving black market...government is sure stupid......

10 posted on 07/18/2010 7:35:40 AM PDT by goat granny
[ Post Reply | Private Reply | To 3 | View Replies]
To: RFEngineer
What the country NEEDS is Health Insurance Reform. Not a National Health Service. I have worked in a large hospital in Britain. Americans have NO IDEA how much health care they are not going to get. And when the Government runs it, they have no incentive to do a good job. A blatant medical mistake? Too bad. No one takes responsibility. And why would any doctor sign on with the Government if the Government isn't going to shield doctors from frivolous malpractice suits, which this Gov has said that doctors will be on their own if sued?
11 posted on 07/18/2010 7:40:02 AM PDT by originalbuckeye
[ Post Reply | Private Reply | To 7 | View Replies]
To: RFEngineer
Health insurance use to be called hospitalization...you paid for your doctor and medications yourself. Now I have to pay for some womans BC pills and some guys viagra...Thats the problem. The insurance companies have to buy you everything. Some genetic medications are cheaper than OTC stuff..

Its government regulations that make the insurance company's pay for everything.

let’s show these bastards what “massive resistance” really means in 2011....

“What the country NEEDS is Health Insurance Reform.”

Maybe so - but we are too spoiled here by not having the direct connection between “need” and “want” with regards to healthcare.

I actually think we do need some sort of public hospital system that will treat those who do not pay for their own health care - and yes, it will be abysmal care, I realize - but if you don’t pay, you take what you can get for free.

What we really need is a health care system in which people who actually are willing to pay can receive the care that they pay for, without having to add the cost for everyone else that does not pay.

In this way, and in this way only

“Its government regulations that make the insurance company’s pay for everything.”

I agree. You should only have to pay for yourself and the treatment you receive.

Until we get that, “healthcare” will be broken.

Still health insurance does not equal health care. This perception is a big part of the problem.

16 posted on 07/18/2010 7:50:32 AM PDT by RFEngineer
[ Post Reply | Private Reply | To 12 | View Replies]
To: RFEngineer
‘What we really need is a health care system in which people who actually are willing to pay can receive the care that they pay for, without having to add the cost for everyone else that does not pay’

Ahh. But that is elitist. That's what Obama does not want. He wants those who can pay to get less care and completely cover those who cannot/do not pay. It is all about redistribution of wealth. Not health care. And, yes, Americans are spoiled. We have enjoyed the best health care system in the world. And that is not ‘fair’ to the rest of the world. We must level the playing field with the rest of the world. We are not ‘special’ and we will soon begin to realize that. The concept of American exceptionalism will die if we don't reverse course soon.

Unfortunatly. This plan will not allow you to pay for what you want. You will not be able to buy high deduct ins. because it is outlawed. It is socialized medicine. by 2014 there will be no private health insurance companies and care will be rationed according to the death panels. Old folks will be taken out first. The pure evil is amazing. A few of the major carriers will become administrative service providers for the government rationers. Also there are many non health care tricks in the bill example..mandatory 1099 forms to the IRS for all transactions over 600. Including Gold, Silver and firearms. Tell me what that has to do with health care.

Universal access is a pipe dream also because millions of people will be forced into Medicaid, which more and more good doctors will refuse to accept. What good is an insurance card in your pocket, but no doctor to see? The ERs better get ready.

The only way to avert disaster is to scrap the whole bill, and start over.

Obamacare now sets the rules for what is an acceptable insurance plan taking that decision away from the individual and employers. Plans must now remove the lifetime cap, allow those with preexisting conditions to join, and enable "children" under 26 to remain on their parents plan. The net effect is increased premiums to cover the additional risk. And the government wants to cap premiums, which will bankrupt the insurance companies.

we’ll have a better system when people pay for what they want - which will better correlate with what they “need” than the present insurance debacle.

The preferred solution is to put the power back into the patient's hands using vouchers and allowances. Right now, people don't care what something costs because they are not paying the bills. There is no incentive to save money or do comparison shopping.