After Comedy Central cut a portion of a South Park episode following a death threat from a radical Muslim group, Seattle cartoonist Molly Norris wanted to counter the fear. She has declared May 20th "Everybody Draw Mohammed Day."

Norris told KIRO Radio's Dave Ross that cartoonists are meant to challenge the lines of political correctness. "That's a cartoonist's job, to be non-PC."

Not so easy with muslims.

Good luck. At least you have convictions unlike the rest of your left wing peers.

I went to her website, and now I’m all confused:

“I am NOT involved in “Everybody Draw Mohammd Day!”
I made a cartoon that went viral and I am not going with it.
Many other folks have used my cartoon to start sites, etc.
Please go to them as I am a private person who draws stuff:”

I pray that this cartoonist packs heat and knows how to use it.

“Silence! I keel you!” — Jeff Dunham, the Dead Terrorist Dummy 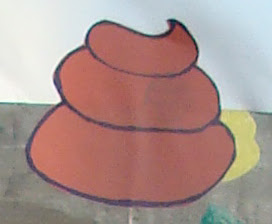 11 posted on 04/25/2010 5:27:48 AM PDT by AAABEST (Et lux in tenebris lucet: et tenebrae eam non comprehenderunt)
[ Post Reply | Private Reply | To 1 | View Replies]
To: DemforBush
she is quoted: "Norris has asked other artists to submit drawings of any religious figure to be posted as part of Citizens Against Citizens Against Humor (CACAH) on May 20th.

She pretty much owns it, and is now trying to back away. Unless she wants to post that she was misquoted?

To: NCjim
While I can not draw a straight line—even with a ruler—I nevertheless have some good entries that I “borrowed” over the years which I would like to submit of the psychotic, murderous, pederast, prophet—Piss be upon him!: AND THIS IS MY FAVORITE, which I imagine would drive the Islamo-Fascist Jihadist to drink. Lol Islam is a cancer in the process of destroying the world.