Smith also asked the president if he is aware of the extreme terms some use to describe him, such as "socialist" or "Nazi."

"Well, I think that when you listen to Rush Limbaugh or Glenn Beck, it's pretty apparent, and it's troublesome, but keep in mind that there have been periods in American history where this kind of vitriol comes out," Mr. Obama said.

The president said both Democrats and Republicans have a responsibility to tone down the rhetoric, but that much of it has to do with the current media environment in which extreme comments are echoed in the blogosphere.

TOPICS: Constitution/Conservatism; Front Page News; Government; Politics/Elections
KEYWORDS: duplicate; freespeech; fubo; obama Navigation: use the links below to view more comments.
first 1-20, 21-40, 41-42 next last
That pesky 1st Amendment really gets in the way of "King Obama" -- problem is nobody annointed him King, though Congress seems to give him unchecked powers.

I hope that will change in November 2010.

Note the way he brought in Limbaugh and Beck, trying to marginalize them.

I agree with Sarah Palin: We Won't 'Sit Down, Shut Up'

“Socialist” is a pretty mild understatement of his actual policies.

Did he say that during the Bush years?

“The president said both Democrats and Republicans have a responsibility to tone down the rhetoric..”

No Obamative Action, when this magnificent country is being taken over by a small faction of dyed-in-the-wool, anti-American racists and Communists, they have a duty to turn UP the rhetoric, and EVERY other form of resistance.

I can stop drinking anytime I want to.

I can quit smoking at any time.

I don’t have a gambling problem.

I can go to my Right, but I prefer my Left.

I am not a Marxist.

Wants to tone it down......from the one that told his followers “if they bring a knife to a fight we bring a gun”. 7 posted on 04/01/2010 3:38:09 PM PDT by patriot08 (TEXAS GAL- born and bred and proud of it!)
[ Post Reply | Private Reply | To 5 | View Replies]
To: EyeGuy
Amazing how Obama claims he didn't hear the American people screaming against passage of ObamaCare, but now he apparently hears the people and tells them to tone it down.

How's this for toning it down:

"That whenever any form of government becomes destructive to these ends, it is the right of the people to alter or to abolish it, and to institute new government, laying its foundation on such principles and organizing its powers in such form, as to them shall seem most likely to effect their safety and happiness."

Uh, look Hussein: the TROUBLESOME aspect of America today is your continued encroachment upon our liberties.

And look, jackass, Rush Limbaugh (and to a lesser degree Glenn Beck, etc.) are REFLECTIVE of our beliefs—not dictating them.

Unlike your little god, Saul Alinsky, whom you follow to a TEE, we conservatives THINK FOR OURSELVES.

You’re the most secretive, back-door, lameass dillhole who ever darkened the door of the Oval Office, and I really don’t give a DAMN how much the media fellates you...you’re never going to be respected in this household. You’re a fraud, and I’ve been able to see that from Day One.

Obama says "Argue with Them, Get in Their Face" (For Obama, OK, but those AGAINST are "Angry Mobs"

Snip: Barack Obama tells a crowd of supporters... I want you to argue with them, get in their face.

During the Bush years, Dems told us that “Dissent is the highest form of patriotism” — funny we don’t hear that from them under Obama. Now we should “tone it down”.

We The People will be quite worrisome to the Fuhrer come November.

Obama said at a Philadelphia fundraiser Friday night. “Because from what I understand folks in Philly like a good brawl. I’ve seen Eagles fans.”

Everyone’s to blame except you, right Barry? 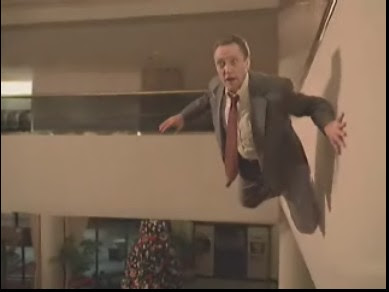 And the more he flaps his jaws the more astounded I become. Is it just me or is the language he uses totally unbecoming of the office? It reached the point many, many months back that it embarrasses me. I want to tell other countries, “We don’t know who this is, he doesn’t represent us.” Never thought I’d live to see the day that we have a fool front and center. Grrrrrr!!!!!