Backers of a change, including Sen. John Kerry, say the policy is outdated medically. Hemophilia groups want to keep it.

Federal health officials announced Friday that they would reexamine a 27-year-old set of restrictions on blood donations by gay men.

The restrictions, enacted in the early years of the AIDS epidemic in the United States, impose a lifetime ban on men donating blood if they've had sex with another man at any time since 1977.

Changes in the rule have been opposed by hemophilia patient groups. People with hemophilia, a bleeding disorder, are heavy users of blood products, and about 10,000 were infected with HIV in the late 1970s and early 1980s before the current limits were put in place. Thousands of those infected with the virus subsequently died. 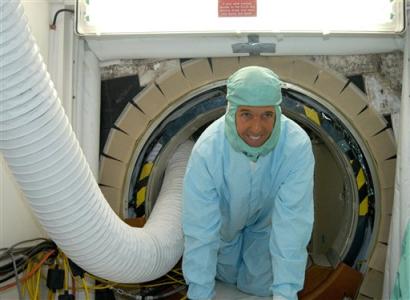 Why would anyone presume to demand equal opportunity in acceptance of blood donations? If people don’t want their blood, what business is it of theirs?

Bizarre that there’s even a contest between the lives of hemophiliacs and the feelings of the gay community. Let’s weigh this... survival vs feelings... hm... gosh, that’s a tough one.

Homosexuality is a very unhealthy, dirty lifestyle. AIDS isn’t the only blood born pathogen to fear.

This is total BS—except that its deadly serious. This will seriously piss people off if they start losing loved ones to AIDS due to these PC policies. We need this like a hole in the head. It is BS that like that makes people furious.

If this passes, who wants to go into business with me selling 100% guanteed, sodomite-free blood, at 20 times the price of the politically correct blood? Nearly every patient will demand our product and we will make a fortune.

The LIBS ARE NUCKING FUTS!!!

Even Bill Clinton’s CDC released figures a number of years ago reflecting that fully 85% of all AIDS/HIV cases are
1. Active, non-monogamous homosexuals,
(the largest subset)
2. Heterosexuals and bisexuals who have had sex with group 1 and
3. IV drug abusers who share needles.
(Kinda gives new meaning to Romans 6:23, doesn’t it?)
The remaining 15% are those who have contracted AIDS via other means (such as blood transfusions, making THEM the REAL victims of AIDS.
One homosexual “leader” on the West Coast URGED his fellow homosexuals to CONTINUE to
attempt to contaminate in order to involve the straight community in the push to increase federal funding for AIDS research. What a guy — er — gay!


That “research.” BTW, would be much less necessary if these folks would simply stop doing nasty and unhealthy things to themselves – and each other.

You have that right. When aids first became popular back in the 80s, I had a discussion with an older physician acquaintance.

He wasn’t particularly shocked by the whole event, he told me there were always a few young homosexuals who suddenly got very sick with mysterious ailments and usually died pretty quickly. Cases like that would come up occasionally over the years, longer before aids— and I’m sure they will even if aids is conquered.

What will happen is the private market will set up its own facilities for members only that will discriminate to keep the blood supply safe. Will the Leftists go after them when that becomes reality? Of course! There isn’t anything they won’t destroy. (I know...double negative)

1) Blacks accounted for 51% of the 42, 655 (including children) new HIV/AIDS diagnoses in 34 states with long-term, confidential name-based HIV reporting

2) For black men living with HIV/AIDS, the most common methods of HIV transmission were (in order) [3]:

3) In a recent study of men who have sex with men (MSM) in five cities, 46% of the black MSM were HIV-positive and 67% of those men were unaware of their infection

So lets let gay men who are infected with HIV/AIDS donate blood because its discrimination to not allow them.

12 posted on 03/13/2010 8:30:20 AM PST by WaterBoard
[ Post Reply | Private Reply | To 8 | View Replies]
To: airedale
Well, now that does make sense. Add to it the concern so many Democrats have for homosexuals, it's pretty clear that by moving the hemophiliacs out of the way quickly then there'll be more room for AIDS care.

I’m in!!! First off, I want my own stash for an emergency!

it’s a dirty little secret that causes homosexuals to point fingers and GOOGLE to try to dam up the info flow but it’s out there...

the cause is to some degree the nature of the sex but it’s in my view having watched homosexuals for decades that many of neurotic as hell and engage in destructive behavior.

There ya’ go. The free market at work.

Or Muslim Abaya for re-vows with Theresa?

Okay, I’ll get it out front right off the top— I have no agenda against gays & am probably one of the more liberal posters w/ that mindset— I do realize this. BUT................. this IS INSANE!!!!!!!!!!!!!!!! It defies belief. If a blood supply is tainted WHY would you give it to the public????? I have lupus & am sadly not able to give blood. My husband gives blood. I don’t even begin to understand the John Kerry’s of the world.It has the same idiocy as someone who feels that car drivers have been made to feel like bad drivers because good parents don’t let their children play in the street— so to alleviate those bad feelings— all children should play in the street. Bad analogy, I know.

This is going to be one of the proverbial camel straws for a liberal out there. Just like I had my camel straw moment— more & more people are having them.

My family is liberal, but not crazy & not w/ out good, old common sense. This is a new day & the ignorance that defies the common sense nature of something like this really does leave you speechless.