Health-care proposals from the White House follow a set pattern. The President identifies a real problem; he talks about the need for bipartisan action; he finally proposes a partisan solution that has been tried somewhere and failed miserably. Most of 2009, for example, was spent tackling the problem of “bending the curve” of health costs with the President ultimately championing a British-style government committee to guide Medicare treatment decisions. The British government is so taken with this idea that they are now distancing themselves from their own committee.

With Obamacare tanking in the polls, the President met with his advisors – and promptly stuck to his usual pattern. On Monday he suggested that rising insurance premiums are a problem and that bipartisan ideas are welcome. And then he touted the latest “new” idea: tough federal powers to review and reject insurance premium increases.

Superficially, it sounds like a potentially popular idea. There are three nagging problems. First, holding show-trials for the worst premium increases won’t limit health inflation for most Americans. Second, the plan is not as tough as advertised. And finally, the same approach has already failed at the state level.

Time and again, liberals have pinned the blame for health-care cost inflation on America’s for-profit care system. The explanation doesn’t hold up. If the problem is profit, then why are Medicare and Medicaid costs rising faster than private sector costs in 2009, according to the government’s own statistics? If the problem is profit, then why did Canadian public-sector health inflation rise almost as quickly as American private sector health inflation in 2009, even though Canada literally bans private insurance?

Yes, some Americans will face steep premium hikes this year. Their plight shouldn’t be ignored. But the President’s job is not to be the micromanager-in-chief. The President’s stated health reform goal in 2009 was to fight health inflation across the American economy. And America’s problem with health inflation is mostly seen in constant, routine increases of a few points over core inflation. While it might feel good to stomp on the worst increases, be sure that most rate hikes will slip through the new process unchallenged.

How can we be sure? Start with the fine print. Media reports make it sound as if President Obama will now be the supercop of health insurance. But the text of the President’s own proposal merely promises that “the state or the Secretary (of Health)” will review increases. A new Health Insurance Rate Authority will “provide needed oversight at the federal level and help states determine how rate review will be enforced and monitor insurance market behavior.” In other words, Washington will create a new, redundant bureaucracy to help the states to do what many of them do already.

This brings us to the third problem. Twenty-five states formally review health insurance premium increases. What happened to premiums in those states over the last decade? You already know the answer: they went up. Liberals insist this was because of a “lack of political will,” or the “lack of resources” - as if iron will or federal resources are needed to an unpopular premium increase.

Premiums also rose because lawmakers imposed dozens of insurance benefit mandates on Massachusetts consumers as a gift to provider lobbies. If the law says every consumer must buy gold-plated coverage, how can state officials say no to premium increases linked to those increased benefits?

Like so many features of the President’s plan, the tougher “new” rate review authority means more bureaucracy, more regulation, and more confusion, without much promise of better care, lower prices, or better access.

Obama is a Birdbrained Marxist. What do you expect? It would be unexpected if he ever had a non birdbrain idea. 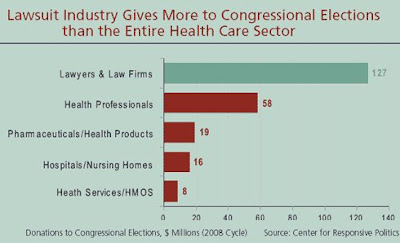 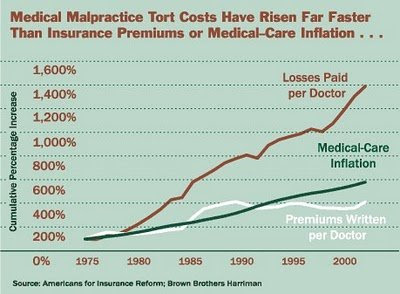 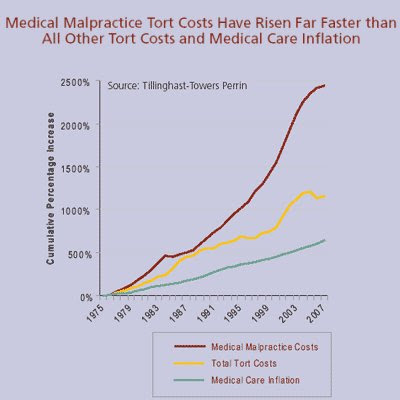 “Was Democrats’ Health Care Strategy Written In Federal Prison?
Rep. Schakowsky’s husband, Robert Creamer, used to be the leader of Citizen
Action/Illinois. He also founded its predecessor, Illinois Public Action, in which Ms.
Schakowsky served as Program Director. He runs a political consulting firm, the
Strategic Consulting Group, which lists ACORN and the SEIU among its clients and
which made $541,000 working for disgraced former Illinois governor Rod Blagojevich.

“Creamer resigned from Citizen Action/Illinois after the FBI began investigating him for
bank fraud and tax evasion at Illinois Public Action. He was convicted in 2006 and
sentenced to five months in federal prison in Terre Haute, Indiana, plus eleven months of house arrest.
While in prison—or “forced sabbatical,” he called it—Creamer wrote a lengthy political
manual, Listen to Your Mother: Stand Up Straight! How Progressives Can Win (Seven
Locks Press, 2007). The book was endorsed by leading Democrats and their allies,
including SEIU boss Andy Stern—the most frequent visitor thus far to the Obama White
House—and chief Obama strategist David Axelrod, who noted that Creamer’s tome
“provides a blueprint for future victories.”

“CATO: OBAMACARE PRICE TAG IS 6 TRILLIONS
When we correct for both gimmicks, counting both on- and off-budget costs over the first 10 years of implementation, the total cost of ObamaCare reaches — I’m so sorry about this — $6.25 trillion.“

“The former CBO director, Douglas Holtz-Eakin, warns today on the effect ObamaCare
will have on our economy and health care. …This bill will lead to a huge middle class tax increase:
The bill creates a new health entitlement program that the Congressional Budget Office
(CBO) estimates will grow over the longer term at a rate of 8% annually, which is much
faster than the growth rate of the economy or tax revenues.“

”When Barack Obama ran for president, he promised that his health care plan would
"lower health-care costs by $2,500 for the typical family." Now, it turns out that new
legislation that he supports creating public-private "co-operatives" will increase the costs
of family health insurance by $4,000 by 2019.”

”Robert Reich Reveals Brutal Health Care Truths; MSM Snores
"We're going to have to, if you're very old, we're not going to give you all that
technology and all those drugs for the last couple of years of your life to keep you
maybe going for another couple of months. It's too expensive...so we're going to let
you die."

”PriceWaterhouseCoopers concluded that the cost of health insurance for the average
family will rise by $4,000 by 2019, as compared with doing nothing:”

“A major new report confirms the worst fears of many: Health care reform will raise the
costs for most Americans—by about 18% on average. That is on top of existing inflation of health coverage.”

“The WSJ Guide to ObamaCare. A comprehensive collection of our editorials. "

“45% Of Doctors Would Consider Quitting If Congress Passes Health Care Overhaul
Two of every three practicing physicians oppose the medical overhaul plan under
consideration in Washington, and hundreds of thousands would think about shutting
down their practices or retiring early if it were adopted, a new IBD/TIPP Poll has found.
The poll contradicts the claims of not only the White House, but also doctors' own lobby
— the powerful American Medical Association “

"Obama health care plan projected to cost 5.2 million jobs
In addition wages would be “stunted” for another 10.2 million wage earners."

"Oregon Offers Terminal Patients Doctor-Assisted Suicide Instead of Medical Care
PORTLAND, Ore. — Some terminally ill patients in Oregon who turned to their state for health care
were denied treatment and offered doctor-assisted suicide instead
"[How could they] not pay for medication that would help my life, and yet offer to pay to end my life?"

"Obama Health-Care Would Drive Up Inflation and Health-Care Costs
ObamaCare would shrink the economy, drive up health-care costs and inflation,
and increase the deficit,
Overall, total federal expenditures will be 5.6 percent higher than otherwise by 2019, adding $285.6 billion to the federal deficit in 2019”

"Pushing Veterans Toward the Grave”

Pg 22 of the HC Bill MANDATES the Government will audit books of ALL EMPLOYERS WHO SELF-INSURE!!
Pg 30 Sec 123 of HC bill - THERE WILL BE A GOVT COMMITTEE which decides what treatments & benefits you get.
Pg 354 Sec 1177 - Govt WILL RESTRICT ENROLLMENT of Special Needs people.
Pg 42 of HC Bill - The Health Choices Commissioner will choose your HC Benefits for you.
PG 50 Section 152 in HC bill - HC WILL BE PROVIDED TO ALL NON-US CITIZENS, illegal or otherwise.
Pg 170 Lines 1-3 HC Bill- ALL NON-RESIDENT ALIENS will be exempt from individual taxes. (Resident Americans will pay)
Pg 58 HC Bill - Govt will have real-time access to individuals finances & a National ID Healthcard will be issued.
Pg 59 HC Bill lines 21-24 Govt will have direct access to your bank accounts for electronic funds transfer, no choice.
Pg 72 Lines 8-14 Govt is creating an HC EXCHANGE to bring private HC plans under Govt control.
PG 84 Sec 203 HC bill - Govt mandates ALL benefit pkgs for private HC plans in the Exchange.
PG 85 Line 7 HC Bill - Specs. for of Benefit Levels for Plans.
Pg 95 HC Bill Lines 8-18 The Govt will use groups i.e., ACORN & Americorps to sign up individuals for Govt HC plan.
pg 124 Lines 24-25 HC No company can sue Government on price fixing. No "judicial review" against Government Monopoly.
pg 127 Lines 1-16 HC Bill -DOCTORS/ AMA - The Govt will tell you what your salary will be TAX.
Pg 145 Line 15-17 All Employers MUST auto enroll employees into public option plan. NO CHOICE
Pg 126 Lines 22-25 Employers MUST pay for HC for part time employees AND their families.
Pg 149 Lines 16-24 ANY Employer with payroll 400k & above, who does not provide public option, pays 8% tax on all payroll.
pg 150 Lines 9-13 Businesses with payroll btw 251k & 400k who doesn't provide public option pays 2-6% tax on all payroll.
Pg 167 Lines 18-23 ANY individual who doesn't have acceptable HC according to the Govt will be taxed 2.5% of income.
Pg 195 HC Bill -officers & employees of HC Admin (GOVT) will have access to ALL Americans finances & personal records.
PG 203 Line 14-15 HC - "The tax imposed under this section shall not be treated as tax".
Pg 239 Line 14-24 HC Bill- Govt WILL REDUCE PHYSICIAN SERVICES for Medicaid Seniors, and low income people.
Pg 241 Line 6-8 HC Bill - Doctors, doesn't matter what specialty you have, you'll all be paid the same
PG 425 Lines 4-12 Govt mandates Advance Care Planning Consultations. (seniors)
Pg 425 Lines 17-19 Govt will instruct & consult regarding living wills, durable powers of atty. Mandatory!
PG 425 Lines 22-25, 426 Lines 1-3 Govt provides approved list of end of life resources, guiding you in death.
PG 427 Lines 15-24 Govt mandates program for orders for end of life.The Govt has a say in how your life ends
Pg 429 Lines 1-9 An "adv. care planning consult" will be used frequently as patients health deteriorates.
PG 429 Lines 10-12 "adv. care consultation" may include an ORDER FOR END OF LIFE plans. AN "ORDER" from GOV
Pg 429 Lines 13-25 - The govt will specify which Doctors can write an end of life order.
PG 430 Lines 11-15 The Govt will decide what level of treatment you will have at end of life.

I wonder if the outcome will be the same?