If Washington Wire readers are interested in reading Andrew Young’s forthcoming tell-all on his decade behind the scenes with John Edwards, the story heats up on page 154 when Young begins to recount how the 2008 presidential hopeful and former Democratic Party vice presidential nominee was taken down by an extramarital affair and a brazen attempt to hide his daughter’s paternity.

Young describes his alleged discovery of a compromising videotape of Edwards and a naked, pregnant lover, identified by Young as Hunter. “It was like watching a traffic pileup occur in slow motion — it was repelling but also transfixing,” he writes.

"I’m going to be president. I don’t have time for this s–t. Everyone wants to give me advice. I don’t want their advice. I want their money.”

Before a SEIU candidate forum in Las Vegas, Young says Edwards made him cut out a “made in the USA” label from Young’s own suit to sew in place of Edwards’s “made in Italy” label.

Young says that Edwards asked him for help persuading Hunter to have an abortion. Young writes that Hunter believed the baby to be “some kind of golden child, the reincarnated spirit of a Buddhist monk who was going to help save the world.”

Were it not for the National Enquirer, this guy might well be the Attorney General of the United States.

The sad thing is that the Obama administration people are even more evil than Edwards.

“Young writes that Edward unloaded on Hunter as a “crazy slut,” said they had an “open relationship,” and put his paternity chances at “one in three”

After reading this, I need a shower. What a scumbag.

4 posted on 01/27/2010 2:43:30 AM PST by GQuagmire ( We are no longer Massholes)
[ Post Reply | Private Reply | To 1 | View Replies]
To: SirJohnBarleycorn
To hide Hunter’s expenses during her pregnancy, Edwards tapped funds from heiress and socialite Bunny Mellon, known as “the Bunny money,” as Young tells it, with payment totaling hundreds of thousands of dollars.

... When Young suggested she mortgage her farm, Mellon was upset and complained to Edwards, Forger said. 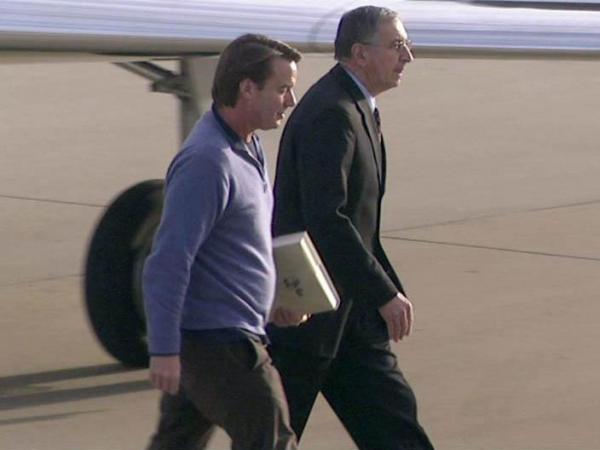 Mellon, a 99-year-old heiress to the fortunes of both 19th century industrialist Andrew Mellon and the Warner-Lambert pharmaceutical company, was a major political contributor to Edwards in his 2008 presidential campaign. She gave $3.4 million in late 2007 to The Alliance for a New America, a nonprofit supporting his candidacy.

The private jet that Edwards flew on Friday is registered to Oak Springs Farms, the corporate entity that holds Mellon's fortune. The flight plan had the plane landing at Mellon's private airstrip.

Edwards’ friend and former law partner, David Kirby, also was on the plane.

“I'd be very disappointed if I had a client making contact or having any association with anyone in an investigation, especially a witness,” Shanahan said.

The New York Post knew and fired a warning shot. Lacking proof, it was ignored.

WHICH political candidate enjoys visiting New York because he has a girlfriend who lives downtown? The pol tells her he’ll marry her when his current wife is out of the picture.

Obviously it was Edwards. I was amazed people were guessing Newt or Hillary.

Edwards, a MULTI, MULTI MILIIONAIRE asked Bunny Mellon for money for PERSONAL THINGS!!! Democrats....they are the same evrywhere...GIVE ME YOUR MONEY!!

I cringed the first time I saw him on TV.

I used to think I was an average man of average intelligence--but now I'm convinced that I'm some kind of genius or something. Either that--or the world is populated with morons. Maybe it's the same thing.

Young writes that Hunter believed the baby to be “some kind of golden child, the reincarnated spirit of a Buddhist monk who was going to help save the world.”

Well...she did save the world from Edwards.

And in this amazingly candid laconism, Edwards spoke for all politicians.

I have to have this book from the library. Hope they have a copy soon.

“Andrew Young makes it clear Edwards desperately wanted Hunter to abort when he was told she was pregnant.

The former aide says that Hunter threatened to go public with evidence of their affair and that Edwards was cursing and outraged when he discovered she was pregnant.

The presidential candidate called her a “crazy slut” to Young and confided that she previously said she was physically unable to get pregnant.

He asked Young to help him talk her into an abortion.

Though they often get more when a book is popular.