Earlier in the year Jonah Lehrer explained in the New Yorker how cool deferred gratification is and how we need to teach it to our kids, the younger the better. Now, in the New York Times, John Tierney suggests that it's really an insidious habit for grownups, sacrificing real enjoyment for the mirage of an even better future. Can everything good be bad for you?

Of course the respective sets of behavioral research described might be consistent. Children who master delaying pleasure become superior achievers and thus have the frequent flier balances that they are so counterproductively hoarding. The same kindergartners who in a famous experiment triumphantly resisted the urge to eat a marshmallow probably will morph into affluent adults who save bottles of vintage Champagne for occasions so special they may never take place.

Children who are able to pass the
marshmallow test enjoy greater success as adults.

Marshmello Test
Most of the children struggled to resist the treat and held out for an average of less than three minutes. “A few kids ate the marshmallow right away,” Walter Mischel, the Stanford professor of psychology in charge of the experiment, remembers. “They didn’t even bother ringing the bell. Other kids would stare directly at the marshmallow and then ring the bell thirty seconds later.” About thirty per cent of the children successfully delayed gratification until the researcher returned fifteen minutes later. These kids wrestled with temptation but found a way to resist.

The initial goal of the experiment was to identify the mental processes that allowed some to delay gratification while others surrendered.

The children who rang the bell quickly, seemed more likely to have behavioral problems, both in school and at home. They got lower S.A.T. scores. They struggled in stressful situations, often had trouble paying attention, and found it difficult to maintain friendships. The child who could wait fifteen minutes had an S.A.T. score that was, on average, two hundred and ten points higher than that of the kid who could wait only thirty seconds.

Scientists are hoping to identify the particular brain regions that allow some people to delay gratification and control their temper. They’re also conducting a variety of genetic tests, as they search for the hereditary characteristics that influence the ability to wait for a second marshmallow.

“Young kids are pure id,” Mischel says. “They start off unable to wait for anything—whatever they want they need. But then, as I watched my own kids, I marvelled at how they gradually learned how to delay and how that made so many other things possible.”

In adults, this skill is often referred to as metacognition, or thinking about thinking, and it’s what allows people to outsmart their shortcomings. “If you can deal with hot emotions, then you can study for the S.A.T. instead of watching television,” Mischel says. “And you can save more money for retirement. It’s not just about marshmallows.” 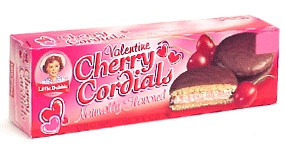 I was going to read this thread but had to go get a snack first...