Articles coming out in various media outlets such as the NYT states BHO (mmmmmm-mmmmm-mmmmm) had a Rose Garden press conference with a number of pro-health insurance reform doctors. The article touts the credentials of the docs and their organizations. Included in the NYT's article is a statement about a "new" organizaton called Doctor's for America. This AMAnews article gives some background on this org. It is the renamed activist group Doctors for Obama. I believe that this org is also closely aligned with Organizing for America. 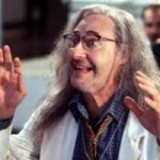 This brings to mind last weeks Million Med March. Last Thursday a group of doctors and other health care workers met in DC to protest Obamacare, and I wondered what came of it. Here’s a story from the Las Vegas Review Journal, http://www.lvrj.com/news/doctors-warn-of-trouble-63234567.html

I wondered if that got *much* attention, and how many were in attendance. They should have a cross country MD express, modeled like the tea party express..to gain publicity and support. Thanks for the link, will check it out.

I knew there to be a Perryville Alaska, but really doubted that there would be a physician in residence there. Folks, it is a little fishing village out toward the Aleutian chain. It is not a suburb or bedroom community where a doctor might live and work elsewhere~ -

As of the census of 2000, there were 107 people, 33 households, and 23 families residing in Perryville Alaska

I did find a Dr. Paul Davis practicing in Arkansas. Some staffer erred by assuming that the state abbreviation for Arkansas was AK when in fact it is AR, appropriately used for the third physician on the list.

It is convenient that there was one and one only physician for each state. These attendees were cherry-picked.

But I really fault the staffers who would have been given the assignment of finding a physician from each state and get them to come to a photo-op in the Rose Garden.

Like so many other statements that come out of the mouth of Obi Wan Nairobi, upon examination they are empty and without value.

This lack of attention to detail just reeks of the arrogance of this bunch.

just get a bunch of doctors here. We wil take pictures, put it out on the media and claim that these folks know best.

Dr. Paul W. Davis, MD, FAAFP is a Captain in the U.S. Public Health Service and the Clinical Director/Director of Gastrointestinal Endoscopy at Kanakanak Hospital, the Regional Medical Center for the Bristol Bay region of Southwestern Alaska. This critical access hospital serves the community of Dillingham as well as 34 isolated Alaska Native villages spread over a geographical area roughly the size of Montana. Paul is the immediate past president of the Alaska Academy of Family Physicians and the President Elect for the American Association for Primary Care Endoscopy. He served for over 11 years as full time faculty and Associate Director for Surgical & Procedural Training at the Alaska Family Medicine Residency in Anchorage, Alaska, and is currently an Associate Clinical Professor in the Department of Family Medicine at the University of Washington School of Medicine. He completed a Faculty Development Fellowship at UWSOM in June of 2000. He received his M.D. at Oral Roberts University School of Medicine in Tulsa, Oklahoma in 1983 and completed his residency in Family Practice at Lancaster General Hospital in Lancaster, Pennsylvania in 1986. He served in the National Health Service Corps from 1986 to 1989 in rural North Dakota before relocating to Alaska and joining the U.S. Public Health Service. As a result of his extensive experience in both the public and private sector, Dr. Davis has been a long-time vocal advocate for meaningful healthcare reform. His professional career has been committed to breaking down the barriers to necessary healthcare for his patients.