Burris testified that in either July or September he told Monk: “Lon, I'm interested in that Senate seat and I think you've got access to the governor, so just let him know that I'm interested."

Burris said he doesn’t know if Monk passed along the message.

Burris also confirmed Thursday that he and his companies had donated over $21,000 to Friends of Blagojevich since 2002.

The Chicago Sun-Times has reported that clients of Burris’ lobby firm have donated $107,690 to Blagojevich while winning over $3 million in contracts from the state. Burris also hosted a $1,000 a plate dinner for Blagojevich during his 2006 bid for reelection as Illinois’ governor, and the governor’s wife obtained an $80,000-a-year job at a non-profit organization whose directors include longtime Burris partner Fred Lebed.

In transcripts of federal wiretaps made public when Blagojevich was arrested on Dec. 9, the governor said the opportunity to fill the seat was “golden” and indicated he expected to get some personal benefit in return for the appointment.

According to the Chicago Sun-Times, federal authorities tapped Monk’s cellphone in November.

The Chicago-Tribune reports that U.S. Attorney Patrick Fitzgerald has asked a judge for permission to give the impeachment committee FBI recordings “in which Blagojevich and Monk allegedly discussed how the governor would sign horse-racing legislation in exchange for campaign contributions.”

TOPICS: News/Current Events; Politics/Elections; US: Illinois
KEYWORDS: blago; blagojevich; burris; pay; play; to Navigation: use the links below to view more comments.
first 1-20, 21 next last
Looks like Burris presents another opportunity. Where is the outrage over this. Come on GOP you know you can call a press conference over this stuff and point some fingers. This is outrageous. If a Republican gov was doing this there would be no consideration of seating a pay to player like Burris.
1 posted on 01/09/2009 6:52:58 PM PST by Maelstorm
[ Post Reply | Private Reply | View Replies]
To: Maelstorm

I’m sure that Reid offered a quid pro quo.

2 posted on 01/09/2009 6:58:17 PM PST by Brilliant
[ Post Reply | Private Reply | To 1 | View Replies]
To: Maelstorm
...but but but he told the truth right?. I honestly thought he was decent, didn't have a concern over anything he said, or testified about...I mean the Senate and Dingy Harry had nothing to worry about right?

If I were Reid I wouldn’t touch Burris with a ten foot pole.

Crooks, all of them

Excerpts from the transcript:

Fitzgerald: "In the governor words -- governor's words, quote, 'Fire all those bleeping people. Get them the bleep out of there. And get us some editorial support,' close quote. And the bleeps are not really bleeps."

Fitzgerald: "A month or so ago a $1.8 billion tollway project was announced. While that tollway project was being announced, Governor Blagojevich was privately seeking to have a person benefiting from that contract raise $100,000 in contributions, and privately the government (sic) said, 'I could have made a larger announcement but wanted to see how they would perform by the end of the year. If they don't perform, bleep 'em.' That's a quote. And the word 'bleep' was not the word he used."

Fitzgerald: "The governor's own words describing the Senate seat, quote, "It's a bleeping valuable thing -- thing. You just don't give it away for nothing," close quote.

Another quote, "I've got this thing, and it's bleeping golden. And I'm just not giving it up for bleeping nothing. I'm not going to do it, and I can always use it; I can parachute me there," quote. Those are his words, not our characterization, other than with regard to the bleep.

The tapes reveal that Governor Blagojevich wanted a number of things in exchange for making the appointment to the Senate seat -- an appointment as secretary of health and human services or an ambassadorship, an appointment to a private foundation, a higher paying job for his wife or campaign contributions."

7 posted on 01/09/2009 7:16:42 PM PST by ETL (Smoking gun evidence on ALL the ObamaRat-commie connections at my newly revised FR Home/About page)
[ Post Reply | Private Reply | To 1 | View Replies]
To: Maelstorm
Come on GOP you know you can call a press conference over this stuff and point some fingers. This is outrageous. If a Republican gov was doing this there would be no consideration of seating a pay to player like Burris.

Politics in America has become a pathetic game.

* Member of the radical Progressive Caucus

* Co-founder of the Illinois branch of the Black Panther Party

* In 1969, served six months in jail for an illegal weapons conviction

But Bobby Rush served six months in jail for a 1969 illegal weapons conviction and, even after his release, in 1971 his comrades were still describing him as the 'Deputy Minister of Defense' for the Black Panther Party in Illinois. In 1992 the socialist magazine In These Times praised fledgling congressional candidate Rush, writing that he 'has continued to support progressive policies and has never disavowed his Panther past...."

Come on GOP and do what?

Believe me, the best thing the GOP can do at this moment is stand aside, out of the way, and let the coming excrement-storm play out in living color. While they are out of the way, under a big umbrella. 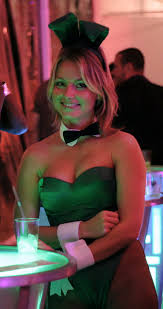 "Not to worry, Mr President, if that hairy screwball doesn't
bow out, my boys got their AK-47's locked and loaded."

The Illinois Supreme Court has cleared the hurdles to the product of bribery getting a reward for illegal activity.

Our country truly is about to fold in...

"Bye for now. After I search Kenya for Obama memorabilia to sell
on eBay, I'm a c-i-v-i-l-i-a-n volunteer in Israel......in the war zone."

But it is not pay to play at least that is what the media is saying. Go figure. Guy gives big contributions and arranges for the governor’s wife to get a cushy near six figure job and there is no proof he did anything improper. lol The leftist media is a study in contradictions.

17 posted on 01/09/2009 9:34:39 PM PST by Maelstorm (This country was not founded with the battle cry "Give me liberty or give me a government check!")
[ Post Reply | Private Reply | To 13 | View Replies]
To: Maelstorm
"Come on GOP you know you can call a press conference over this stuff and point some fingers. This is outrageous."

It well may be outrageous, but they (Republicans) are in no position to point fingers at anyone; because this is a time honored practice among all politicians of both parties!

Blogojevich is no more dirty in what he's done than any other politician before or current. He simply crossed the wrong politicians in his own party, and they're out to get him.

And by the way; I'll bet you if he's tried on charges of attempting to sell this Senate seat, he'll walk, because no one took his offer, and therefore no crime was committed.

I suppose we'll just have to wait and see how smart ole Fitz really is.

See that is where you are wrong and where Republicans make a key mistake. It isn’t about whether anyone has a right to do anything. One of the reasons the GOP ends of looking so bad is because the left is so effective at controlling the impression of the public. As for the GOP being just as bad I’d have to disagree not because I think they have been great but because they clearly are not of the same class of individuals such as those who exist in the Democrat party.

They have shown a degree of antipathy towards our troops and have blatantly attempted to sabotage our foreign policy. They also seek to or are supported by those who wish to shape our country into a secular moral wasteland. I personally would like to see the whole lot of them thrown in jail but until someone is ready for a revolution then we have what we have.

The Republican Party may not be a an honorable suitor but the Democrat party has been traitorous and have done more to create the current mess we are in economically where as the GOP primary failing is in the failure to stop them and a President who is playing out of his league. We have many House and Senate Gopers to be proud of. Not many Rhino’s remain. The one thing that is certain is that if the GOP does not fight back then they are going to get the blame and the left is going to use this as an example of why we need more bigger government.

This is the time for those conservatives in the party to lead a populist rebellion against the federal government which most people believe is severely broken. This is an opportunity like no other to turn the people against big government and the socialist leaning Dems and Reps that created the mess. This is the perfect time and the vacuum of leadership will be filled. If the Gop sits back and plays nice and doesn’t give the people a cause to rally for which is the simple one that it is time to stop the insanity of bailouts, handouts, and spending money we do not have. The every day people understand that the government is broken, the right leader could drive real change in this time. It has been done before. It is critical that the GOP continue to hammer a mantra that it was big spending and big government that caused this mess.