Axelrod paved the way for Obama

There was a question that came up yesterday about Blair Hull’s difficulties here in Illinois, and what in the heck precipitated it? We all have our theories, right? What I’m looking for is some kind of documentation to attest to the facts in this; bearing in mind that Obama’s chief media advisor at the time was David Axelrod, who was an advisor to the Clinton campaign. Axelrod, in fact, railed against the politics of personal destruction in the 1990s, and was also once a columnist for the Tribune and an advisor to Mayor Daley. Lynn Sweet at the Sun Times shows us Obama’s 2008 Whitehouse team, and at the top of the list is:

According to CBS Radio, he’s even more accomplished than that:

It just seems to be too great of a coincidence that Obama, who wasn’t backed by the kind of money Ryan and Hull had, ended up benefiting from the misery of two men who appeared to have been set up; one a democrat, the other a republican. Still, if you look at it from one viewpoint, they both could have been considered his political rivals. I have often voiced deep concerns about George Soros’ candidates which include Hillary, Kerry and Obama. But it’s not like we haven’t been aware of setups for scandal before.

There was a campaign the gay activists were putting together in order to crucify republicans in sex scandals, and we saw evidence of that with list that David Corn obtained in Washington regarding the Foley incident.

The scale was tipped on purpose.

In this piece from 2004, when I was about a week-old as a blogger and was still on blogspot, I wasn’t familiar with citing work, and using the blockquotes, and hadn’t mastered blogging 101 yet. Here’s the passage that prompted the inquiry:

…..the Tribune finally admitted that it was Axelrod and the Obama campaign that brought pressure on the press to demand the unsealing of M. Blair Hull divorce records, which had had their contents leaked to media outlets by the Obama campaign even earlier. The Obama campaign also helped orchestrate a demonstration by women’s groups demanding Hull’s withdrawal from the race. Coincidentally, this was the same weekend Obama’s first commercials hit the airwaves. Interestingly (or maybe not), the same exact thing happened to another of his rivals–Jack Ryan. Certainly gives one pause.

Certainly does. It was WLS-Channel 7 TV and the Chicago Tribune that filed suit to open Hull’s sealed divorce records. To be fair, the Chicago Tribune exposed Jack Ryan’s past, too, so this was a case of bipartisan snooping. Brent Bozell at the Media Research Center is right, though; journalists don’t cover liberal political scandals in quite the same way as conservative ones.

There’s not a whole lot else to say about this except that we’re looking for validation and citing beyond this blog; from the Tribune itself or some other source, into the veracity of that claim. I don’t recall how I stumbled upon that, and I’m sure that a lot of bloggers can relate to surfing the web, and not saving something into favorites, and ending up somewhere, not being able to retrace your steps.

From the Chicago Tribune:

In the Democratic primary, Obama found himself the overwhelming beneficiary when the campaign of former securities trader Blair Hull crashed in the aftermath of Hull’s release of court files from a messy divorce. Though Obama has been a passive beneficiary of Ryan’s latest problems, the Democrat’s campaign worked aggressively behind the scenes to fuel controversy about Hull’s filings.

Memogate is an aberration you say ? Did not Clarence Page’s own Chicago Tribune and local Chicago newsman Chuck Goudie give unusually heavy coverage of the divorce records of Democrat Blair Hull and Republican Jack Ryan to the benefit of a previously invisible, underfunded, candidate with the slenderest of legistative records, named Barack Obama? Was it accidental or a coincidence that the two opponents with the financial resources to bury Mr. Obama in the primary or general elections were relentlessly hammered on ” scandals” by the Trib while the same paper ran multipage ” puff ” pieces on Saint Obama ? If we searched the email database and phone records of senior editors at the Tribune how many messages would we find from the staff of David Axelrod ? Who happened to slip Chuck Goudie an ( allegedly) anonymous letter detailing Mr. Ryan’s many year old attempt to bring the then Mrs. Jerri Ryan to a sex club ? Did these two men do anything to deserve having their careers destroyed by a local media that had placed themselves so obviously in Mr. Obama’s corner that no Illinois politician dared to step into Mr. Ryan’s shoes ?

If the rest of the mainstream media does not come out front and center with strong ethics policies mandating nonpartisanship ( outside of the op-ed. page) they will find the public regarding the CBS fiasco as merely the tip of a liberal iceberg.

If you have any further information that can shed more light on the Tribune’s admission that Axelrod put pressure to open Blair Hull’s divorce records, you can email me at caoilfhionn1 at gmail dot com.

Obama has been fighting dirty. David Axelrod does his dirty work. These slimes tried to run Sarah Plain out of the race and are looking for Alaska dirt right now.

Look at the big picture. Rush has been saying how Obama tries to clear the playing field. Obama is too much of a punk to take someone on directly

Winning by forcing your opponents out of the race is a tried and true Obama strategy. It worked before and they are hoping it will work to force Sarah Palin off the ticket this time around. It is the Chicago way.

I will remain "paused" on this high probability until the time it is proven.

Jack Ryan was a sexual deviant and had no place in the Republican party.

Yo Dave! Georgie Soros wants to see you. He said you need to meet him out by the woodshed. Loser.

2) Obama had sealed divorce records of his Democrat primary opponent Blair Hull exposed, revealing accusations of wife-beating and forcing Hull out of the primary,

3) Obama had sealed divorce records of his Republican opponent Jack Ryan exposed, revealing accusations of wanting to perform public sex acts and forcing Ryan out of the general election.

4) Obama claims his legislative records in Illinois were not archived, and presumably destroyed, leaving no paper trail of his past government experience. (See last paragraph of article)

It seems that Obama can't win without legal technicalities or by destroying his opponent by exposing sealed private records.

Great post. Thanks for all the Axelrod information. Something about him that I just don’t like. Much like my first impressions of Obama — he’s not telling the whole truth here.

I believe the records would never have been unsealed unless the Governor of Alaska passed along the word that it’s okay. I am getting a strong whiff of Rovian jiu jitzu here. Don’t be surprised if the records actually contain something that HELPS Palin. Or, at least, prove to be another Al Capone safe. Stone empty.

Which will in turn make future scumbag allegations all the more laughable.

Obama is too much of a punk coward to take someone on directly.

No wonder Hitlary met her match.

Surely there is dirt on the genius Axelrod (who never saw Sarah Barracuda coming)... 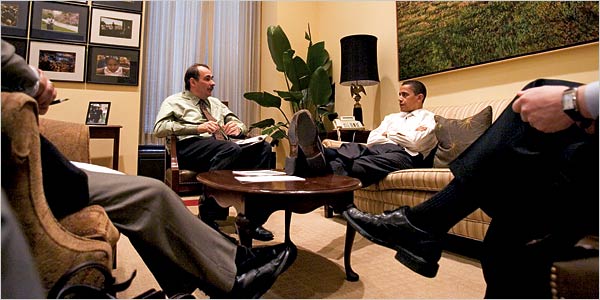 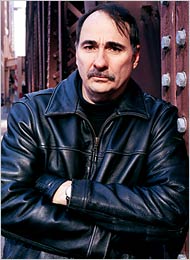 Street Fighter To find out what voters are thinking, Axelrod heads to the political wards of Chicago.

“and I’m sure that a lot of bloggers can relate to surfing the web, and not saving something into favorites, and ending up somewhere, not being able to retrace your steps.”

Freepers....if this happens to you....get Google desktop search...(or any other equivalent)...its free...OK its Google...but...you will never lose your place again...you can search your own surfing if you can just remember any of the words in the article

and, BTW, you can also open the History file in most browsers and see where you have been...but you might have to open a lot of pages before you find the one you want.

You doubt that Ryan’s divorce records were unsealed?

“These slimes tried to run Sarah Plain out of the race and are looking for Alaska dirt right now.”

I think you may have found a way to get dems to dig for oil, make them think they might find dirt :P

People might as well accept the fact that Democrats are insidious and unscrupulous, and if you want to make any progress against them, you have to fight back.

So he’s a metro kind of ‘street fighter’ poseur. I have a feeling Sarah Barracuda could filet his testicles in a couple of seconds.

This is the same AKP Media where the blogger asomethingxix who started the lie about Trig and Bristol was traced back to.