There’s been much confusion about Obama’s work on this bill, largely due to the Illinois Senate’s method of marking the bill as “held” in the Health and Human Services Committee, when in fact archived reports show it was killed by a 6-4 party line vote. As Chairman of that committee Obama voted in the majority. NCLR has the committee action report of that vote.

The 6-4 vote tally is included in the right hand column of the table. Just before the committee roll call vote was held to kill the bill, however, senators voted to amend the state’s version Born Alive Infant Protection Act to include a “neutrality clause.” That clause was copied from the federal version of the law and was the very language Obama has claimed would have allowed him to support the bill. The amendment passed the committee 10-0 and that vote is recorded in column on the left side of the table.

A copy of that clause is available here.

In essence, Obama voted to successfully amend the bill in a way Obama has said would have enabled him to support it, before he voted against it.

Conservative journalist David Freddoso said these documents are “absolute proof” Obama has distorted his position on the Born Alive Infant Protection Act. In his new book, “The Case Against Barack Obama” Freddoso painstakingly documented Obama’s votes and committee work against the bill.

Muskett agreed. “He needs to come clean and admit he voted to deny protection to born alive babies who survived an abortion,” she told Townhall in a phone interview.

Not only has Obama distorted his record, but his campaign has viciously attacked critics who accurately described his record.

On June 30, 2008 his campaign accused talk radio host Bill Bennett of making “outright false statements” and smearing Obama on CNN because Bennett said Obama supported a bill that even NARAL Pro-Choice America would not oppose. A “Fact Check” document was published on Obama’s presidential website “on CNN and Bennet’s [sic] Inaccurate Claim That IL ‘Born Alive’ Legislation Obama Opposed Was the Same as Federal Legislation He Supported.”

Obama has lied about many things.... 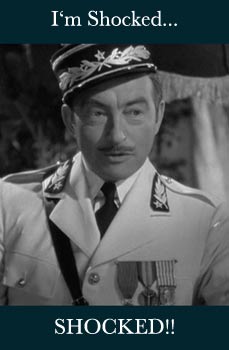 It’s not possible for me to loathe Obama more than I do right now. I want his defeat to be painfully historic.

A package of Born Alive bills was introduced three times during Obama’s tenure.

The cornerstone bill was the Born Alive Infant Protection Act, which defined legal personhood. This definition was identical to the federal BAIPA (1) which was drafted from the definition of “live birth” created by the World Health Organization in 1950 (2) and adopted by the United Nations in 1955 (3)....

Here I will only post links to Obama’s actions and votes on the cornerstone bill, the Born Alive Infant Protection Act. The bill number changed every year it was reintroduced.

Democrats took control of the IL Senate with the 2002 elections. They sent Born Alive to the infamously liberal Health & Human Services Committee, chaired by Barack Obama (13).

As can be seen on the Actions docket (14), Obama held Born Alive on March 6, 2003, from even being voted on in committee. It is also important to note from the docket that on March 13, 2003, Obama stopped the senate sponsor from adding the lately discussed clarification paragraph (15) from the federal BAIPA, to make the bills absolutely identical.

Take an out. Spread this lie of his to the whole country. O ‘ Reilly and the rest of the media won’t bring this up...

It is to bad he was not aborted.

“I want his defeat to be painfully historic.”

It would be a beautiful thing to behold.

What’s the big deal? That was then, this is now. He’s ‘evolving’. (sarc.) The irony is that he’s part black and supporting an industry founded to kill black babies. Does he care? Evidently not.

THis seems to be the recurring theme. I think it is easier to keep up with what he hasn’t lied about? This is really getting old, really fast!

12 posted on 08/12/2008 6:37:55 AM PDT by claymax ("Remember upon the conduct of each depends the fate of all." Alexander the Great)
[ Post Reply | Private Reply | To 2 | View Replies]
To: Izzy Dunne; Canedawg
Let's help make it happen by emailing this link to everyone you know. This is one evil scumbag and the truth about Obama's soul must be shown so that everyone will know that he not only supports partial birth abortion, he stands for denying medical care to helpless children that miraculously live after the attempted murder.
13 posted on 08/12/2008 6:42:34 AM PDT by demkicker (In the minority or majority, I'll never stop 'kicking' dems)
[ Post Reply | Private Reply | To 9 | View Replies]
To: demkicker

Gee, I thought we were a “pro choice” nation. So why are they trying to cover up Obama’s views? Can it be they know a majority of Americans reject this kind of extremism? All the more reason abortion should be a winning issue for our side.

I hope the McCain people are holding on to the other negative stuff to release it at the right time. Like Obama’s very soft on crime voting record. This should hurt him a lot.

I am a little over half way through Dr. Corsi’s book, OBAMA NATION..... and it is excellent. Corsi has researched this quite well and has documented everything. I am also impressed with his background (Ph.D in political science, expertise in race issues and violent tactics, terrorism, etc.). He knows what he’s talking about and connects the dots. I plan to get a few more copies and “loan” them to different people.

Bless you, Joiseydude, for posting this eye opener! I implore everyone to read Obama’s own words that are posted here (go to the highlighted links that are listed and page numbers)- and be prepared for the wave of nausea that will envelop you:

THAT OBAMA IS ACTUALLY RUNNING FOR PRESIDENT OF THE UNITED STATES IS PROOF THAT SATAN IS ALIVE AND WELL AMOUNG US! DO YOUR DUTY AND SPREAD THE WORD ABOUT HIM!

Hannity will bring it up. He’s pro-life.

O’Reilly never states a position, but I suspect he is also pro-life.

I am pretty sure Glenn Beck is pro-life. He would be another one likely to bring it up.

O’Reilly will for sure give a limp wristed interview because he likes to talk big, but likes to suck up and come across like he’s fair and balanced.

Glenn Beck and Hannity would be more like Russert and prepared.

I’m finding O’Reilly surprisingly very shallow. e.g. Asking the oil companies to donate 2% of their profits to poverty stricken people? I mean that tells you a mouth full about the guy.