BOSTIC - For a man with "Honest Abe" as his nickname, there are plenty of Abraham Lincoln stories that may be anything but.

Lincoln did not compose the Gettysburg Address on the back of an envelope. No one really knows whether the store clerk Lincoln walked six miles to return 3 cents he overcharged. And his wife wasn't a Confederate spy.

Now this small town in Western North Carolina is pressing its own claim: Lincoln was a Tar Heel.

According to a tale that locals swear is true: The 16th president of the United States wasn't born in Kentucky, as commonly thought, but in Bostic to a young, unwed mother.

Inside the center, the fresh white walls feature a photo quilt that tells the North Carolina birth story. There are panels that show the Concord Baptist Church, where Lincoln's mother is said to have been a member, as well as a community meeting in the 1920s that took place on Lincoln Hill. The picture shows a few dozen people standing near a pile of rocks, the remains of the cabin where Lincoln is said to have been born.

"We're trying to put together the only way these people had of preserving these truths -- to tell them," said Keith Price, president of the Bostic Lincoln Center.

Despite the Bostic tale solidifying into bricks and mortar, Lincoln scholars say it has no substance.

"This is a lot of hokum," said Allen Guelzo, director of the Civil War era studies program at Gettysburg College.

Organizers of the Lincoln Center acknowledge that the pieces of the birth story don't fit neatly together. One problem is that various versions name three different fathers.

The center's storyboards cite a long-legged businessman named Abraham Enloe as one of the possible fathers. They also speculate about John C. Calhoun, the powerful South Carolina politician who served as vice president. And there's a local man named Richard Martin.

To untangle the paternal confusion, the folks behind the center are taking up a petition to press the federal government for a DNA test.

It could prove the Bostic story. Well, one of them, at least.

Price refers to the Bostic story as "the truthful traditions in this area," and dismisses the history-book version as "some supposed beginning in Kentucky."

A retired contractor with a friendly, conversational nature, Price sums up the community's story like this:

Lincoln's mother, Nancy Hanks, was born in Virginia and moved to her uncle's home in Gaston County before being "bound out for raising" at age 8 or 10. She was sent to the Enloe family of Rutherford County because her mother could not care for her.

Hanks became pregnant as a teenager. The father could have been Abraham Enloe, the head of the household in which she was reared, Martin or Calhoun (based on the story that Enloe took Nancy to visit South Carolina relatives).

She gave birth in the cabin outside Bostic around 1804. She later moved to Kentucky and married Tom Lincoln, the man Abraham assumed was his father.

The illegitimate birth, coupled with Lincoln's Republican politics, gave his family, and the Democrats in the area, reasons to cover up the story, Price said.

Bostic's Lincoln supporters draw much of their energy from a couple of old books. One of them, "The Genesis of Lincoln," was originally published in 1899. Author James Cathey made his case by collecting stories from people who remembered Nancy and her baby. In addition, there are people living today who remember Nancy Hanks' name on the church rolls of Concord Baptist Church. The records burned in a fire.

Lydia Clontz, vice president of the Bostic Lincoln Center, acknowledges the storytelling tradition in her part of the state and the tendency toward tale-telling.

As for the Lincoln tale, she said, "Now we might not be able to say that we've got this proof or that proof, because these people are all dead now."

The textbook version of Lincoln's origins goes like this:

Hanks was born in Virginia. She later moved to Kentucky, married Tom Lincoln and gave birth to Abraham in 1809.

Lincoln himself on multiple occasions acknowledged his Kentucky roots, said Guelzo, the Gettysburg professor. His 1809 birth date is found in a family Bible as well.

Price doesn't think the records are accurate. He says Lincoln recorded his own birth date in the Bible.

Frank J. Williams is a Lincoln scholar and chief justice of the Rhode Island Supreme Court. He has amassed more than 12,000 books on Lincoln and the Civil War. An avid collector of what is called "Lincolniana," Williams owns a signed copy of the Lincoln-Douglas debates, various legal pleadings in Lincoln's name and even a bust of Lincoln molded from chewing gum. ("Can anything be more ridiculous than that?" he asked.)

Williams becomes incredulous at the suggestion that Lincoln was born in Rutherford County.

"I am a lawyer and a judge and a historian. I've spent my whole life trying to seek the truth, or discern the truth," he said. "There's just no probative evidence of the Enloe-Lincoln connection. None! None!"

Guelzo takes it a bit further.

"Give them the phone number and the Web site of the various Lee Harvey Oswald organizations in Dallas who stand around on the grassy knoll handing out little pamphlets, indicting the mafia and the CIA. Have them call Oliver Stone. He ought to be good for this."

Guelzo thinks the Lincoln paternity debates arise from the same feelings that for some have put William Shakespeare's paternity in doubt: the idea that someone so great could spring from such humble beginnings.

Put Price in that camp. He uses the word "shiftless" to describe Tom Lincoln.

"I don't want to demean somebody I've never met, but every description we've had of him, he's a little fireplug Irishman," he said. "He was a second-class muleskinner."

"We don't need it for proof. But the world does," Price said. "We're trying to get at the truth, and that's what any good historian would do."

"For the purpose of what? What great issue is at stake here? And what great evidence have people been able to produce to mandate such a drastic test? If that's the case, I should be demanding a DNA test to show whether I'm related to Abraham Lincoln."

For his part, Price is more concerned about having the test done, not proving his own theory on Calhoun's paternity.

"If it turns out he was fathered by a Chinese sailor out of Charleston or something, so be it. We know where he was born."

If they can prove it to the world, the community might profit.

"It doesn't take any Ouija board or crystal ball" to know that tourist dollars will come, said Price, who emphasizes that history, not economics, drives his quest.

Today, there are a lot fewer stones on Lincoln Hill. The rocks are what's left of the home's chimney and cellar, said Price, who likes to say that quite a few stone doorstops in Rutherford County came from Lincoln Hill.

After the Lincoln Center's grand opening, Price ferried visitors up the hill in a van borrowed from his church.

The hill is on the banks of picturesque Puzzle Creek, up a short dirt road and then a path marked with orange ribbons tied around the trees.

On the hill, near the rock pile and a big hole that Price said once served as the cellar, he told his version of the story. The dozen or so people along for the ride listened closely.

An older woman in the group asked Price about a man who looked like Lincoln and used to walk in nearby Forest City. She wondered whether he might be related.

Price said he doesn't know of him.

It doesn't matter anyway, she said. He died.

Unlike this story, which probably never will.

Somewhere on the internet, there is a picture of Abraham Enloe, either him or one of his sons. The resemblence to Lincoln is startling. Usually I think these stories are ridiculous, but the Enloe picture is very interesting.

First some tried to say Lincoln was gay, now others say he’s a bastard.

It is well documented where Abe was born and the other idiotic statements are untrue. Believe it or not but even in those days people WROTE articles and not just in newspapers. This just another 15 minute fame job trying to stir up controversy. Totally shameful.

Lincoln was most certainly a bastard..traitor to the US Constitution.

Actually it is a picture of Wesley Enloe when he was 81. If this story were true Wesley would be Abraham's half brother.

“The illegitimate birth, coupled with Lincoln’s Republican politics, gave his family, and the Democrats in the area, reasons to cover up the story, Price said.”

LOL! Even in those days people would USE that. Demoncrats in particular have ALWAYS been childish and LOW. No one was “protecting” Lincoln because none of this crap is true. Watch, idiots will believe it.

This entire story has been around for over 100 years. Back in the 1960s....a number of civil war professors got into comparing notes....and most would quietly agree that Abe’s basic story of the early years....is totally false. But why bring it up? It ruins the myth....does nothing to damage or improve his years in the White House...and becomes part of a soap opera situation if folks started talking about it.

Our entire perception of living in Americana in the early 1800s...is mostly wrong. When you toss in the strange behavior and cult-like actions of the Puritans...the acceptance of non-marriage relationships in the “west”, and then the widespread usage of alcohol throughout America....its not the image that we have today.

You can see Abraham Enloe’s son, alongside Lincoln, here:

“James Cathey’s book includes these photographs on facing pages. Lincoln’s alleged half-brother, Wesley Enloe, was 81 in the photo on the left. His figure bears a striking resemblance to Lincoln, shown when he was President. The photos are from the fourth edition of James Cathey’s book, “The Genesis of Lincoln,” published in 1939 by B.H. Cathey, Canton, N.C. They are reproduced here courtesy of William Enloe, of Edneyville. “

Let me see if I’ve got this story straight. Nancy Hanks gave birth to Abe in 1804, then married Thomas Lincoln in 1806, gave birth to a daughter (Sarah) in 1808, and THEN passed her illegitimate five year old as Sarah’s baby brother in 1809. Yeah, that makes sense.

I found a site that has that photo. Check it out.

(sorry about the gobbledygook address.......forgot how to post a link.)

Methinks this story was hatched over too much ‘shine. It is rural NC after all. (I am from NC so I can get away with that)

Yes, that’s the one. It’s not so much his face, but his body that so like AL. And the shape of his face, too.

Cult-like actions of the Puritans? No bias there! 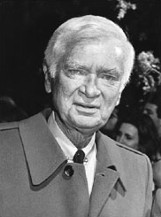 Plenty of freeperes will be happy to jump on the “Lincoln is a bastard” bandwagon.... 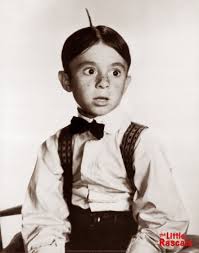