Resisting calls from Barack Obama to release her income tax returns, Hillary Rodham Clinton said Monday she would only do so if she secures the Democratic presidential nomination and contended her rival had been less than candid about his relationship with major campaign contributors.

In a televised interview Monday with Politico.com and local television station WJLA, Sen. Clinton said her financial holdings had been disclosed in her Senate ethics filings and that she had liquidated all her assets when she became a presidential candidate so her investments would not present a conflict of interest.

After the former first lady acknowledged she had lent her campaign $5 million in personal funds, Sen. Obama suggested she release her tax records as he has done to give voters a better accounting of where her money comes from.

The Clintons have become wealthy since leaving the White House in 2001, largely through Bill Clinton's consulting and speaking fees and the couple's lucrative book deals.

The New York senator shot back at Obama's suggestion, saying such transparency should apply to other aspects of his life.

Obama has faced questions about his relationship with Chicago businessman Antoin "Tony" Rezko, who raised money for past Obama political campaigns and played a role in the purchase of the Illinois senator's home. Obama has not been accused of any wrongdoing in connection with felony fraud charges against Rezko.

Clinton and Obama tangled over Rezko at a televised debate in South Carolina, where she referred to Rezko as a "slum landlord."

Executives and employees of Exelon Corp., a Chicago-based energy giant and nuclear plant operator, have contributed more than $200,000 to Obama's campaigns since 2004. This month, The New York Times examined whether Obama, at the behest of Exelon lobbyists, had watered down legislation aimed at tightening regulations on the nuclear industry.

"Instead of playing the same Washington games that people are sick of, Senator Clinton should prove how fully vetted she is by finally releasing her tax returns so that voters can see where the millions of dollars she's dropped into her campaign are coming from," Burton said.

Clinton gave the interview on the eve of the so-called "Potomac Primary," in which Virginia, Maryland and the District of Columbia hold contests. She is expected to lose all three to Obama, adding to her weekend losses to him in contests in Nebraska, Washington state, Louisiana, Maine and the U.S. Virgin Islands.

In the interview, Clinton also was asked whether a "business or personal scandal" involving her husband could emerge and derail her candidacy.

"That's not going to happen," she said, adding "None of us can predict the future ... I'm very confident that will not happen.

Earlier Monday, the New York senator denied that her campaign is in trouble after the string of losses and her campaign manager's departure.

"I'm still ahead in the popular vote and in delegates," Clinton said, though the numbers do not fully support that statement.

An Associated Press tally shows Clinton with a slim lead among delegates — 1,147, compared to 1,124 for Obama. But an initial tabulation of the total popular vote showed Obama likely to pull ahead once the results of states that held caucuses are fully counted.

Speaking to reporters, Clinton said she feels very good about the state of the race, even though she is not expected to win between now and March 4, when voters in Texas and Ohio cast ballots.

"We had a great night on Super Tuesday," Clinton said, referring to the 22 states that voted Feb. 5. Clinton won eight states to Obama's 13 but scored in many of the biggest contests including New York, California, Massachusetts and New Jersey. And they divided the delegates almost evenly.

The former first lady said the decision by Patti Solis Doyle to step down as campaign manager was personal and reflected the toll of the long campaign, not a problem with her job performance.

"I have the greatest respect and affection for her," Clinton said. "I'm grateful for the enormously successful job that she's done."

She noted that the states she won on Super Tuesday were all states Democrats must win to succeed in the general election. Many of the states Obama won that night, such as Alaska and North Dakota, would not be competitive for Democrats next November, she said.

Clinton also dismissed concern that Obama had all the momentum going into the next round of contests. Besides Tuesday's primaries, he's favored to win contests next week in Wisconsin and Hawaii.

"Before Super Tuesday you all were reporting on all the momentum. It didn't turn out to be true," she said. "Let's have the elections. Instead of talking about them, pontificating and punditing, let's let people actually vote." Don’t worry Hill, you probably will not have to release your tax forms, as you seem to be losing.

Shocked I tell ya!!

Are you suggesting the Clintoons would have something to hide? The Clintoons? /sarcasm

Sounds like Obama hit a nerve there. Maybe its time for Hillary to break out the Kleenex (again).

We can hardly blame her. She has to be sure she “covers” all the shady money, while not purgoring herself. There are too many folks who have a clue how much money she REALLY has been raking in... gotta get her story and records straight...

Didn’t the Klintoons sic the IRS against their detractors as vengeful tactics back in the 90’s? Wouldn’t it be a hoot if it was Hellary’s refusal of sharing her tax returns that helps seal her presidential doom? The pendulum swings....

Yet she is more than ready to attack Obama on “transparency”...

Both are near the top of the list of things I'm pretty sure I'll never live to see.

15 posted on 02/11/2008 7:56:05 PM PST by weegee (Those who surrender personal liberty to lower global temperatures will receive neither.)
[ Post Reply | Private Reply | To 1 | View Replies]
To: John W
In a televised interview Monday with Politico.com Clinton said her financial holdings had been disclosed...that she had liquidated all her assets...so her investments would not present a conflict of interest.

The idiot interviewer didn't follow up on scrutiny of the largest chunk of her income, her husband, who has no obligation to reveal his finances.

Whereas clinton has been less than candid about her relationship with thousands of minor contributors, such as the non-english speaking, minimum wage earning, immigrant chinese bottle washers in New York that all gave the maximum $2600.00 to her although they don't have two red cents to spare

[In the interview, Clinton also was asked whether a "business or personal scandal" involving her husband could emerge and derail her candidacy.

"That's not going to happen," she said, adding "None of us can predict the future ... I'm very confident that will not happen.]

It's slammin' dang hard for her to say a simple "NO."

In fact, her chosen words are sure-as-flies-on-turd laughin'.

THIS festering boil is coming to pustulation.

She just needs a blue face and she would look like madaam blueberry from veggietales. 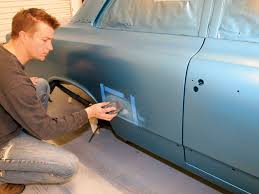