Let me first preface this by saying that I write this as a Rudy Giuliani supporter. For a period of time earlier this year, I was officially consulting with the campaign, and I have remained a Rudy supporter since, though I’ve mostly put on my analyst hat when writing about the primary in this space.

Now, Rudy was never going to do well in South Carolina. Perhaps the same was true of Iowa. But New Hampshire? If someone like Rudy can’t win in New Hampshire, where can he win (save for the winner-take-all states of New York, New Jersey and Connecticut)?

I was anticipating this instance. The man had been terribly ill with cancer, which is nothing to subject to severe stress. A presidential campaign has that in spades.

So, if Rudy backs out, that leaves Romney, Huckabee, McCain - if Fred Thompson sticks with this, do you think he’ll move up in the southern states?

Giuliani people won’t go for Huck or Mitt I wouldn’t think, but who knows. Some might go to McInsane.

While Thompson is in the back of the pack, he is the least likely to shoot a hole in his foot. I just don’t know.

I wouldn’t make that generalization. Some, it is true, are SoLibs, but others jumped on his bandwagon early after drinking the media-driven Kool-Aid that “only Rudy can win.” There are other candidates running with actual military, military policy, and national security experience who would run rings around Rudy in prosecuting the WOT. All of them could beat Hillary (widespread unlikeability) or Obama (green, inexperienced, “let’s invade Pakistan”).

In my mind the race is wide open. As we have seen in the last few months things can change on a dime very rapidly.

In some respects this reminds me of 1976, which was a battle royal between Ford and Reagan. The convention that year was the last one that was not decided in the primaries and caucuses. Reagan lost mainly due his choice of a moderate as VP, Senator Schweiker of Pennsylvania. Conservatives, including myself, were outraged at this selection. Ford narrowly won when the key State of Mississippi switched to the Ford camp. Only 117 votes separated the two candidates on the first and final official ballot.

I think most of the Rudy supporters are so called “broken glass” Republicans, who would vote for the Pubbie no matter who it is. From what I have seen so far it appears most of that support has gone to the Huckster, but that could change in a heartbeat when exposure to some of his record sees the light of day.

9 posted on 12/21/2007 1:16:59 AM PST by mkjessup (Hunter-Bolton '08 !! Patriots who will settle for nothing less than *Victory* in the War on Terror!)
[ Post Reply | Private Reply | To 1 | View Replies]
To: gpapa
While Rudy's spin machine says he has decided to "largely abandon" New Hampshire ("Giuliani Begins Retreat From New Hampshire"),
Bloomberg is reporting he "just made a big ad buy in New Hampshire."

Positioning so that he has an excuse, if and when he gets whomped, I assume.

I would guess Giuliani people are mostly NE’sterners. So I think Romney would benefit.

Rudy didn’t run hard in the hard places like Iowa. He fell off the radar. He needed to run hard early.

14 posted on 12/21/2007 2:38:50 AM PST by Anti-Bubba182
[ Post Reply | Private Reply | To 1 | View Replies]
To: gpapa
I would support Giuliani because of his tough stance on the GWOT and the fact that he is a “law and order guy”. I have said on this forum that I would vote for McCain if he is the nominee, but I would have a hard time forgetting the “gang of 14” and CFR. Although I am a Christian, Huckabee is the person that I have now transferred my “least favorite candidate” feelings to. This man must not be allowed to win the nomination because I think that he is somewhat of a “wolf in sheep’s clothing” who was not really conservative in his governing practices. The GOP can not afford to nominate a candidate who can not beat Hillary (or whomever the Democrat candidate is) and I believe that there is no way Huckabee could do so.
15 posted on 12/21/2007 3:10:11 AM PST by srmorton (Choose life!)
[ Post Reply | Private Reply | To 1 | View Replies]
To: gpapa

Rudys support for”
illegals,
amnesty,
gun control,
big govt,
abortion,
govt funded abortion,
Rudy is not a Republican, Rudy is a Republican of convenience better known as a RINO.
That is why Rudy is not going to win.

You think Rudi may duck out of the primaries completely, clearing the way for him as VP or even to head Bloomberg's ticket?

I've considered it before. If he doesn't compete in actual primaries and withdraws first, he could get away with an indy run for president or as a VP. And Bloomberg is his protege and owes his mayoralty to Giuliani's endorsing of him and campaigning for him.

Conservatives FINALLY started to realize how out-of-touch with the traditional base a LIBERAL with a 'train-wreck' of a personal life--like Giuliani--really was!!!

No question about it--and the best way to elect Hillary is to SPLIT the Party WIDE OPEN, and DEMORALIZE the base. No one does that better than Rudy. NO ONE.

Ref. the WOT....It's outrageous to think that Rudy is the only (or even the best) Republican to aggressively fight the WOT (Paul doesn't even count).

Exactly what would Rudy do different in the WOT than President Bush (or any other Republican)?

Encourage illegal immigration by telling illegals that they are not really illegal?

Allow gays to openly serve in the military?

Continue to publicly tell muslims and the world that Islam is a ‘great religion’ (like he did in the CNN debate)?

Make solid appointments to important positions like his recommendation to President Bush of Bernie Kerik to head Homeland Security?

Put emergency command centers in the most likely targets (like he did in NY)?

It's absolutely outrageous to think that we need a LIBERAL like Rudy to aggressively and successfully fight the WOT. 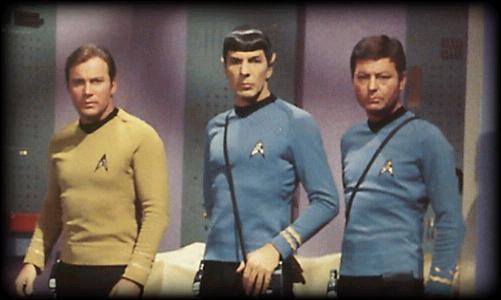 McCoy: "Worse than that you long-eared, inhuman hobgoblin... HIS BRAIN IS GONE!"