To: All
Comic faces human rights hearing in B.C. after lesbian jokes... --the text of the comic's not-so-funny insult is available from a gay-rights website here. (Caution - potential hate speech violation therein - and intent doesn't matter, so the site is equally liable, in theory). If some group wants to boycott the comic for not being funny, fine.


Each of the authors rejects the authority of government to censor speech. Each condemns the Human Rights Commissions as illegitimate--as, essentially, kangaroo courts ... But each, also, accepts that the accused in the given cases (i.e. Mark Steyn and Stephen Boissoin) have said something "hateful".

Now, don't get me wrong: this would be just fine ... except that none of these columnists--as per journalistic convention--spends so much as a sentence demonstrating what, exactly, makes the opinions in question hateful! They are united in their easy posturing to the effect that assholes should be allowed to spout nonsense, but they do not so much as dare to doubt that Steyn and Boissoin are assholes and that theirs is nonsense.

What should concern us is not the political toadying at work here, but the trend of journalistic incompetence.


I prefer "malpractice". Journalists are among the chosen few who hold the power to damage, even destroy the lives of innocent people. They should be held accountable for professional laziness, cowardice and agenda-driven reporting.


Posted by Kate at 8:21 PM | Comments (26) "Thanks, Edward Michael George and Kate, for mentioning this. I read the Chronicle Herald fellow, and thought, where's the evidence that, as the columnist wrote, Boissoin's “language was, in places, extremely vitriolic”?If one knows the details of a large chunk of the homosexual lifestyle and the underhanded methods that have been used by gay activists—and their dupes, like this naïve columnist—to force it on all of us, including children in the public school systems, one might think that gay activism and its outcome were vitriolic, not the words of the person trying to expose it. (It’s the old “shoot the messenger” trick.)Yes, the lazy MSM types and their clones in all the elites, who run this country (into the ground) are like the far end of the “Telephone” game: they’ve missed the point entirely and spout the most egregious lies."

Read it again and read the comments: 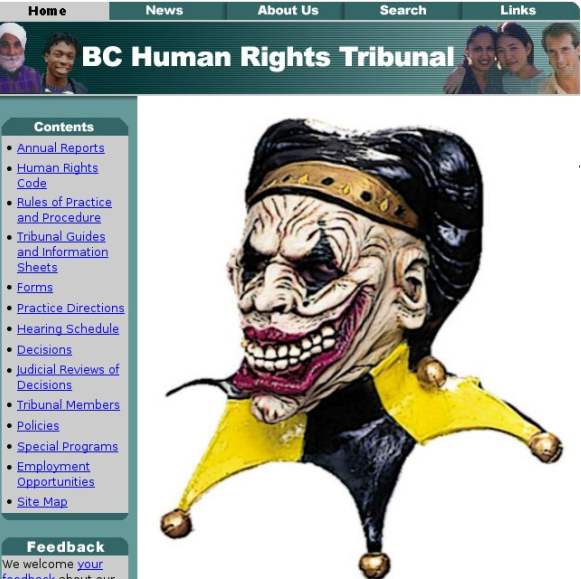 If you wrote a story about this stuff, and tried to sell it, you be laughed out of every publishing house in the country...