Washington, DC (LifeNews.com) -- Pro-abortion Republican presidential candidate Rudy Giuliani continues to avoid questions about how his stance on abortion turns off pro-life GOP voters he needs to capture the party's presidential nod. Instead, he is continuing to move the issue to judges, where he pledges to appoint those who won't legislate from the bench.

In California on Tuesday, Giuliani answered a reporter's question about abortion with an answer discussing judges.

He repeated his pledge to appoint judges who are strict constructionists and, according to an AP report, explained what he meant by that.

"What 'strict constructionist' means is that a judge will interpret the Constitution in accordance with what someone else meant when they wrote those words and not try to legislate," the former New York mayor said.

"If you are not a strict constructionist, I believe you imperil the American democracy because you take the role of a legislator," Giuliani added.

Giuliani repeated his pledge to appoint judges in the mold of Chief Justice John Roberts and Justice Samuel Alito, two judges pro-life advocates backed during their confirmations with the belief they represent the third and fourth votes on the Supreme Court to reverse Roe v. Wade.

AP reported that another journalist asked the ex-mayor about how he could reconcile his support for abortion with a pledge to appoint judges thought to favor overturning the landmark abortion decision.

He never directly answered the question but explained that his opinion of the term "strict constructionist" isn't isolated to one topic but "goes way beyond any one issue."

He called Ginsburg a constructionist in the past. I’m not going to believe him on this.

3 posted on 07/28/2007 4:54:16 PM PDT by Ingtar (The LDS problem that Romney is facing is not his religion, but his Lacking Decisive Stands.)
[ Post Reply | Private Reply | To 2 | View Replies]
To: monomaniac; Alexius; highimpact; nanetteclaret; guppas; ExtremeUnction; ripnbang; starlifter; ...
+


Please ping me to all note-worthy Pro-Life or Catholic threads, or other threads of interest. While he was the “Republican Mayor” of New York City he appointed more than 60 men and women to the Civil, Criminal, and Family Court benchs. In all of those judicial appointment only two were Republican. 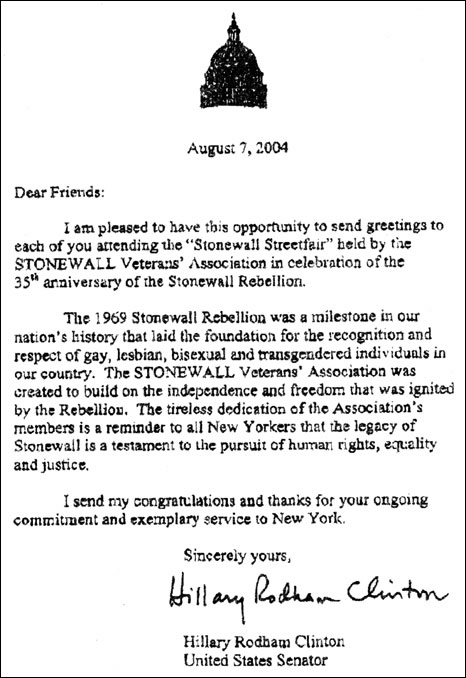 7 posted on 07/29/2007 4:11:25 AM PDT by 8mmMauser (Jezu ufam tobie...Jesus I trust in Thee)
[ Post Reply | Private Reply | To 4 | View Replies]
To: narses
Rather than going back about a decade to cherry pick Giuliani quotes on the abortion question, why not go back a month or two when he gave a speech in which he provided a full explanation on where he stands on the question. He covered the issue from A to Z in a very long and detailed answer which covered everything from it’s practical implications to the moral and religious issues involved. It was the most in depth, mature and thought provoking outline I have ever read on the subject by any candidate but I guess to many voters it’s an issue that is better covered by a simple, “I feel your pain” approach.
I didn’t agree with all his reasonings but I appreciated being treated like an adult.
8 posted on 07/29/2007 4:27:00 AM PDT by finnigan2 (>)
[ Post Reply | Private Reply | To 5 | View Replies]
To: finnigan2

What Rudy says means nothing to me - he has a demonstrated track record that appalls me. He will NEVER get my vote.

9 posted on 07/29/2007 7:27:03 AM PDT by narses (...the spirit of Trent is abroad once more.)
[ Post Reply | Private Reply | To 8 | View Replies]
To: monomaniac
Once again, Rudy has dodged the question by deflecting it with a different answer--just like he does on his gun-grabbing, pro-amnesty and gay rights crusading positions.

Not to worry though.

The answer that Rudy DID give--once again highlights his promise to appoint people and implement policies,,,